Why did you make this work:
I created this piece for Popshot Magazine's Chance issue, which was commissioned by art editor Lauren Debono-Elliot. This illustration is inspired by Ovid's quote from Heroides: “Chance is always powerful. Let your hook be always cast; in the pool where you least expect it, there will be a fish.”

How did you make this work:
I sketched out a few potential roughs and checked with Lauren to see which one she preferred. After she confirmed my rough, I began everything on Procreate on my iPad.

Biography:
Jason Lyon is a UK based illustrator from China. He is a recent graduate from Falmouth University.His interests spread across various fields - from the natural world to everything related to science and culture. In his work, he tries to involve elements from nature with subject matters in a surreal manner.Apart from drawing, his biggest passion is travelling and frequenting coffee shops. 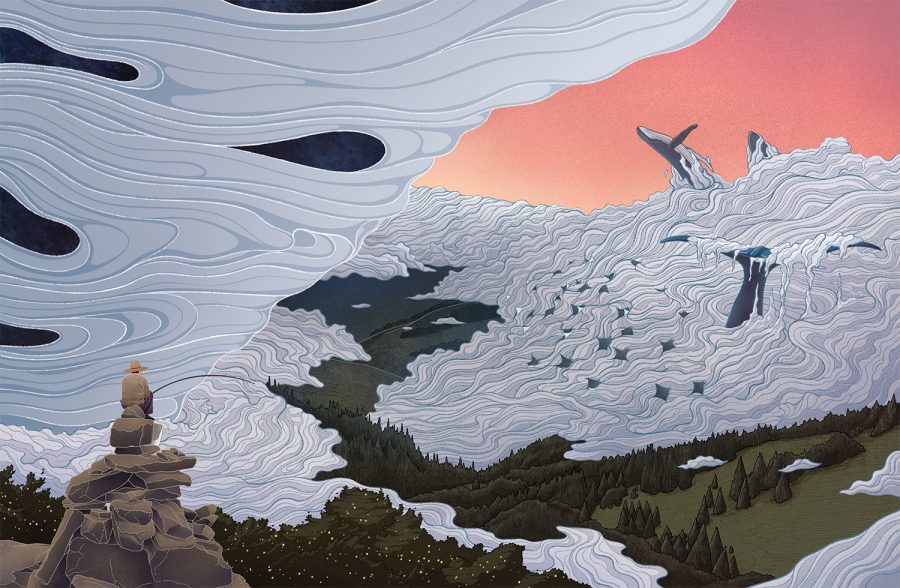