Why did you make this work:
It was an illustrative brief given to me by the commissioner. (The race to claim the UK’s most powerful unelected job – that of Bank of England Governor – is yet to reach a climax. The Brexit bush telegraph is already humming with accusations of skullduggery, however.)

How did you make this work:
The illustrative idea was formed through visual problem solving and conceptual thinking, then created digitally using Procreate on the iPad Pro with Apple Pencil, referenced from my own photos and imagination. All elements are hand-drawn.

Biography:
Jake Hawkins is a London-based illustrator and in-house designer at The Telegraph, with a first class honours degree in Illustration from Falmouth University. Producing both representational and conceptual illustrative solutions, his work utilises metaphors in a clean aesthetic 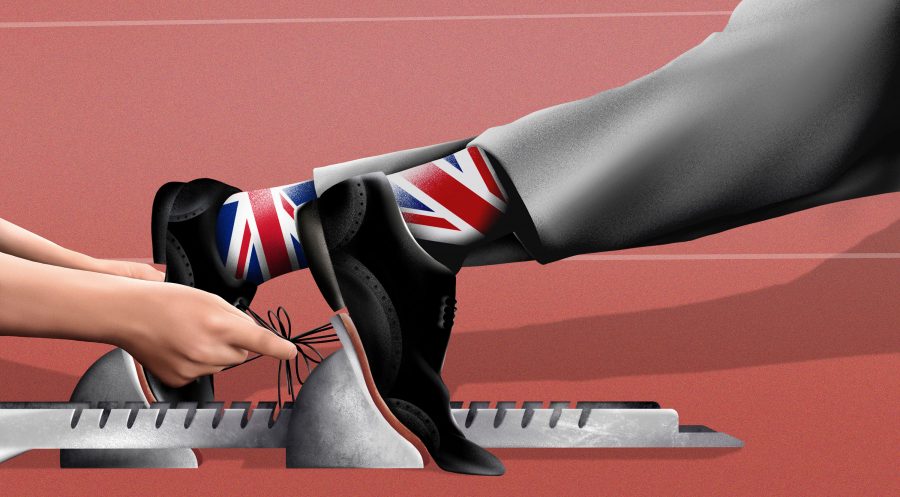