Brief Requirements: No brief as it's a personal series.

Key Brief Ideas: I binge-watched the entire Black Mirror series and realized that the concept of the series – despite been about the future and modern technology – was very much inspired by vintage shows like The Twilight Zone and Tales From the Crypt. There was no continuity, each episode was independent from the other with standalone stories mostly resulting in not much hope or happy endings. Tales From the Crypt was actually a comic before been a TV show so I thought about reverse-engineering Black Mirror into a collection of retro-inspired comic book covers. Also I thought that the vintage style would be a great contrast to the post-modern themes of the show, making it for a very unusual set of illustrations. 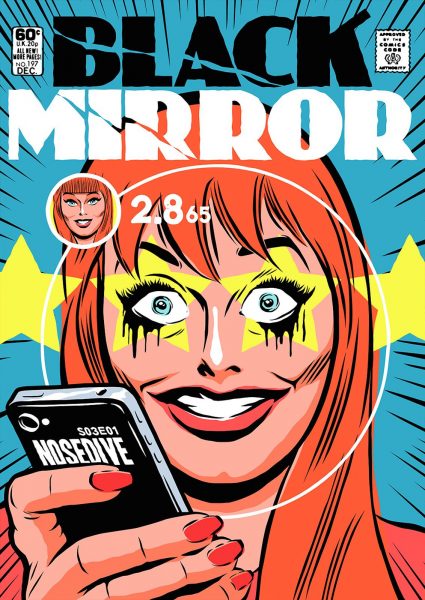