Why did you make this work:
In 1956 West-Germany founded a new military, and implemented the draft. The Basic Law provided that military service could be refused on the grounds of conscience. But the need of conscience had to be proven in degrading trials. My uncle Hermann was a convinced pacifist and tried to resist the draft in vain. He was rejected by the conscience-trials. During basic training he took his own life.

How did you make this work:
I had to research Hermann’s story through old protocols and historic sources, as it took place in the 1970ies in the West-Germany. Today the compulsory military service doesn’t exist anymore, the humiliating conscience trials are long forgotten. My graphic novel revisits and remembers a time, when young men were refused their basic right to object military service in post-war Germany.

Biography:
Hannah Brinkmann is an illustrator, comic artist and author from Hamburg, Germany. She studied graphic storytelling in Hamburg, Tel Aviv and Angouleme. She is currently a research student at the Royal College of Art in London. Her short stories have appeared in multiple magazines and newspapers. Her first book “Against my Conscience” was published in 2020 by the avant verlag, Berlin. 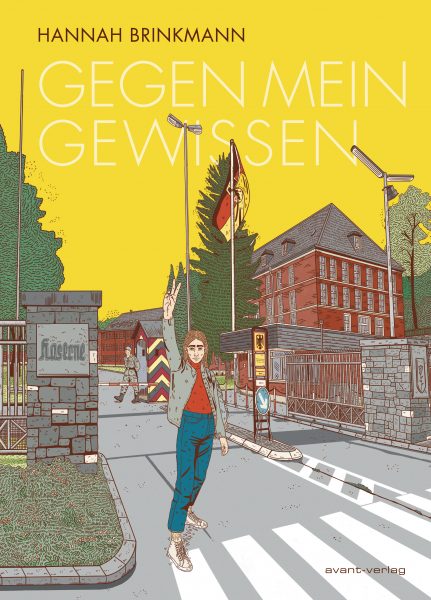 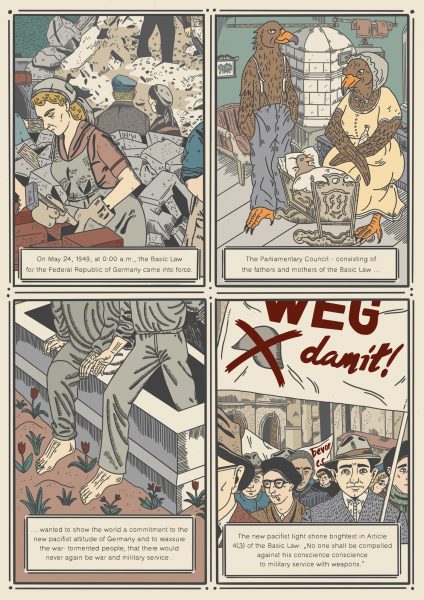 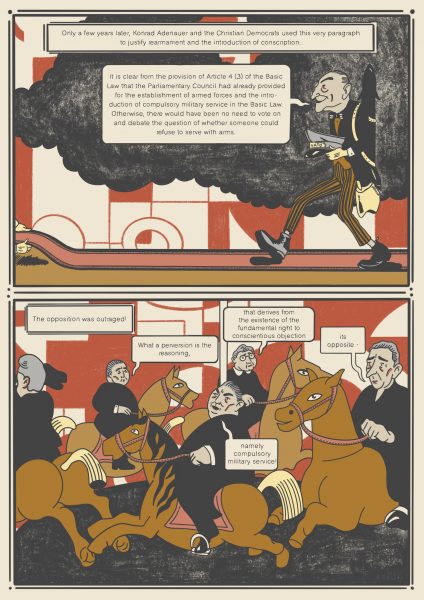 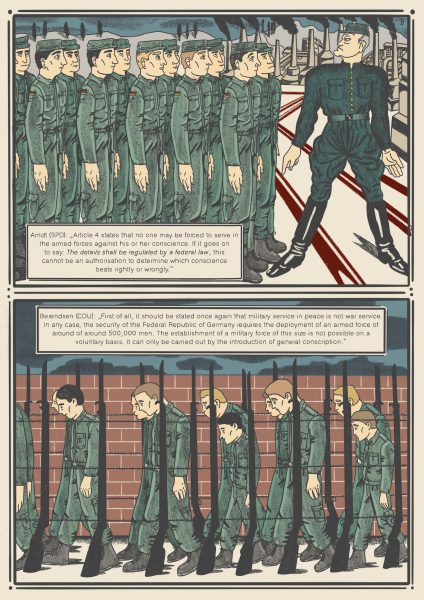 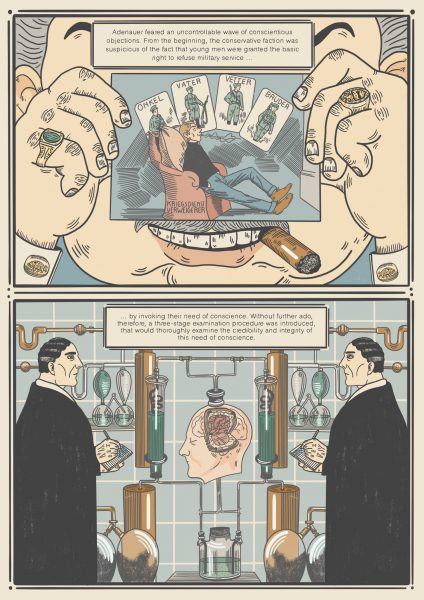