Why did you make this work:
Beautiful and empty cities look like another world. These illustrations want to be a hymn to the joy of children, to the freedom and the power of imagination. Even though the world has come to a stop, children keep on dreaming and playing.

How was the illustration used:
These 5 illustrations are part of an upcoming big illustrated silent book made of 30 cities from all over the world.

How did you make this work:
To make these illustrations I tried to reproduce the traditional collage technique but in a digital way. Starting from a texture layer I cut and pasted each single details, in black or white or red, in order to create spectacular architectures and cityscapes.


Currently Based:
Osimo (AN) ITALY

Biography:
Born in Macerata (Italy) in 1986, graduated in graphic design at the School of Fine Arts. In 2009 he attended ARS IN FABULA Master in Editorial Illustration. In 2015 his first illustrated book 50 décors/50 film à deviner by edition Milan and in 2017 Changeons! by La Joie de Lire. At present, he works as freelance illustrator and graphic designer for a well-known Italian toys manufacturer company. 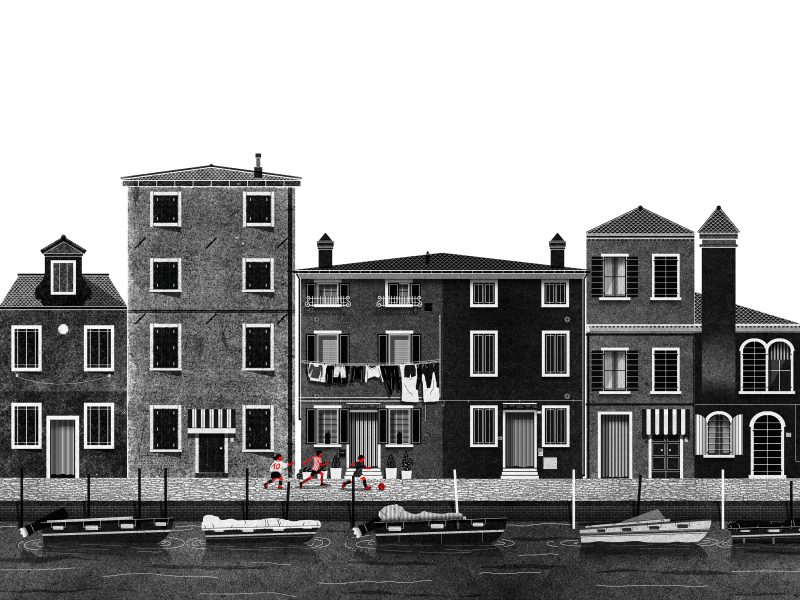 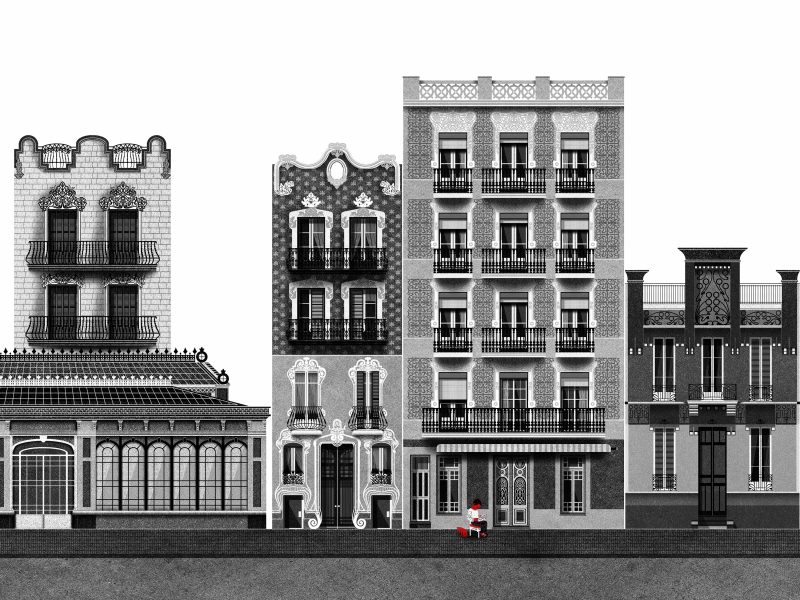 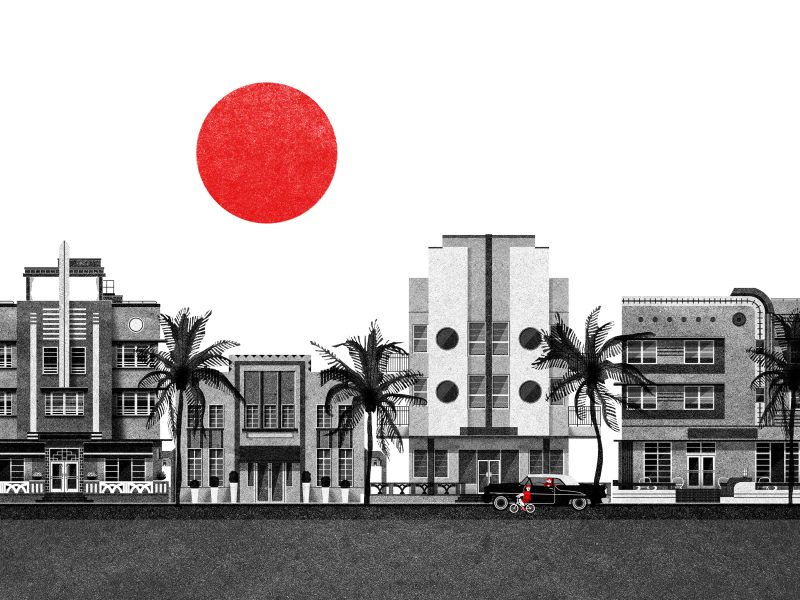 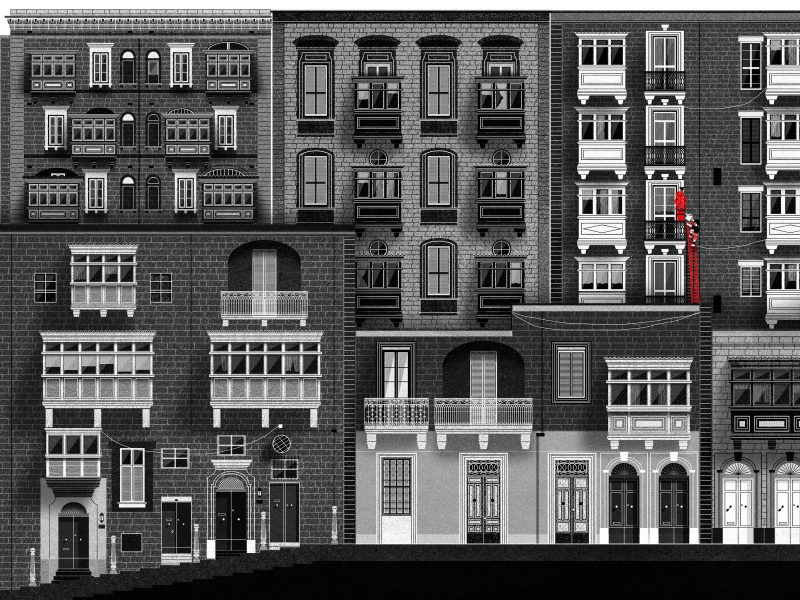 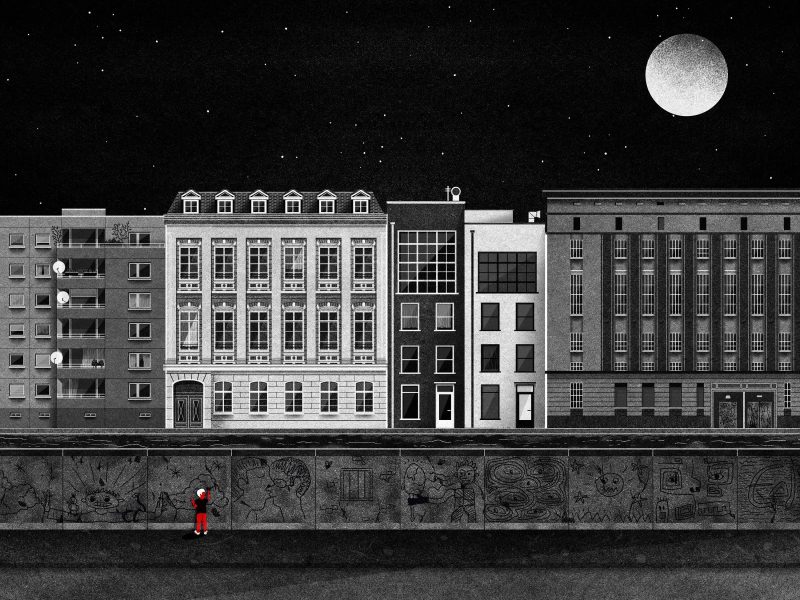