Why did you make this work:
An Asian mythology style scarf, with a Mulan-inspired heroine. Commissioned by Illumicrate, for celebrating the 3rd anniversary.

How was the illustration used:
70x70in Printed Scarf

How did you make this work:
The client wanted to pay homage to Disney-Mulan. So besides the main character, we also hid the "dragon" and the "cricket" among the flowers. More than a pattern, we wanted to make it playful and give people a bit surprise. 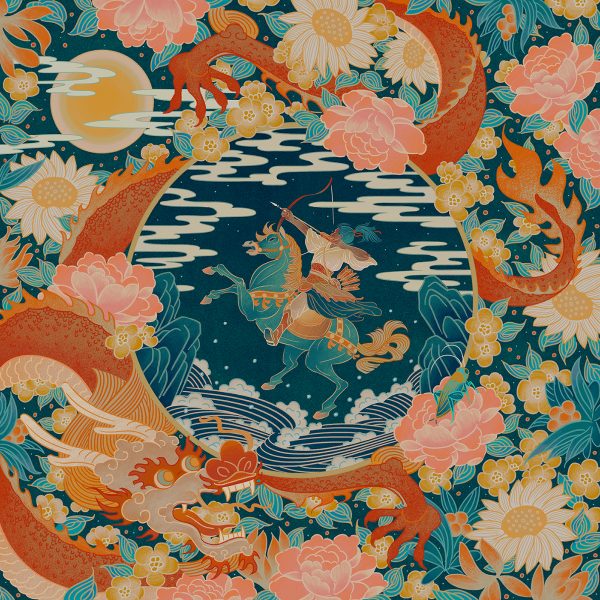