Why did you make this work:
To make an image to advertise an with talks about the five most important religions of the world.

How was the illustration used:
As poster with the tekst, on a magazine

How did you make this work:
In order to keep the balance with such an delicate theme, I made one character with five arms. Each arm represents a religion because he is holding their symbol. Because this event was during the night, and because of the title I made stars inside of the character (representing also the faith of each religion) with as landscape the "house" of each religion, like for instance the church...


Biography:
Fatinha Ramos is an award-winning Antwerp-based illustrator and visual artist originally from Portugal. After working in art direction and design for twelve years, she took a giant leap and followed her dream, working full-time as an illustrator. Since then, her work has appeared all over the world though exhibitions; books; editorial illustration and animation..Open-minded and full of creative somersaults, she tears down all the classic conventions avoiding the dangerous pitfalls of clichés. She takes us on a journey through her poetic imaginary world of singular textures and rich colors. Her strong conceptual illustrations and surreal compositions create a unique universe.Fatinha's work has been recognised by New York Times; Society of Illustrators New York; 3x3; Global Illustration Award, World Illustration Award, etc... 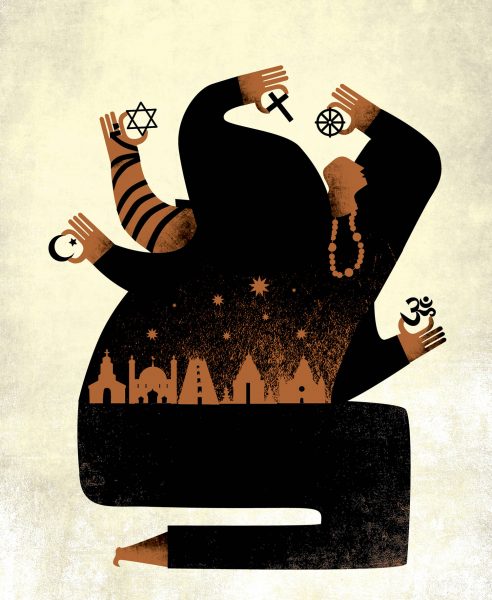