Why did you make this work:
About the unexpected danger on social media.

How was the illustration used:
The illustration was used on the magazine from the festival, online and also was projected on the big screen while the panel discussion was happening.

Biography:
Fatinha Ramos is an international award-winning Antwerp-based illustrator and visual artist originally from Portugal. After working in art direction and graphic design for twelve years, she took a giant leap in 2014 and followed her dream, working full-time as an illustrator. Her work has appeared all over the world winning various accolades and awards from the Society of Illustrators NY, 3x3, Communication Arts, Global Illustration Award, White Ravens and many more… She illustrated a book for MoMA, the Museum of Modern Art New York, and she got a World Illustrations Awards in Frankfurt Buchmesse, and a New York Times book review. 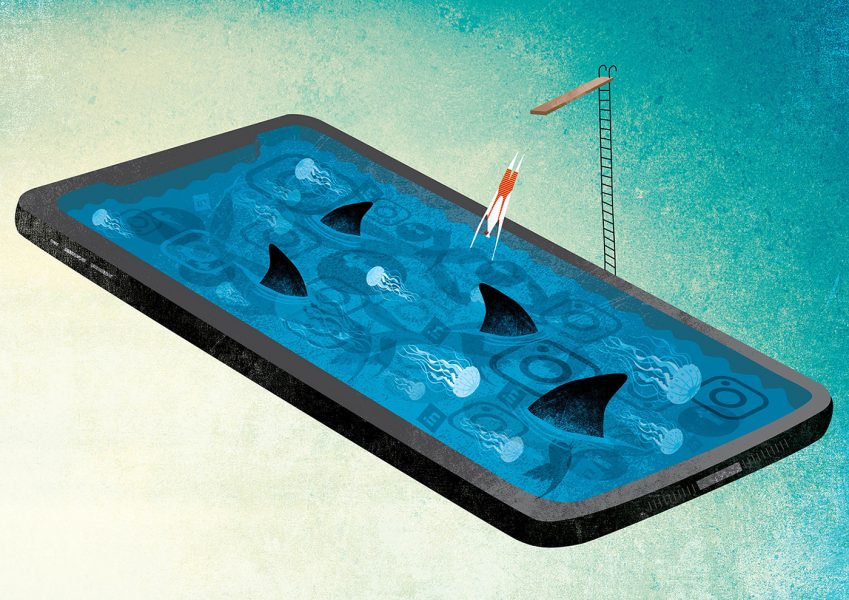