Why did you make this work:
I was commissioned to create illustrations for Butik Rooms Design Hotel Budapest. As these large format wall murals are mainly seen by tourists visiting my city, I wanted to create pictures of vibrant crowds that capture the essence of Budapest. I wanted to create diversity, and add humour to my characters. I played with the combination of vivid colors, textures, patterns and transparency.

How did you make this work:
After having the ideas in my head I made rough sketches by hand, than created the final images digitally. I added textures for extra detail. I also wanted to have slightly different moods for the different rooms, so I went with pencil texture with one image and more clean, digital patterned look for another.

Biography:
Dorottya is a Budapest based illustrator. She completed a new media graphic designer course at Metropolitan University in 2016 and started working as an illustrator in 2019. Her work centers on quirky characters often completed with geometric patterns, but on a deeper level she always looks for a sense of humor while creating. 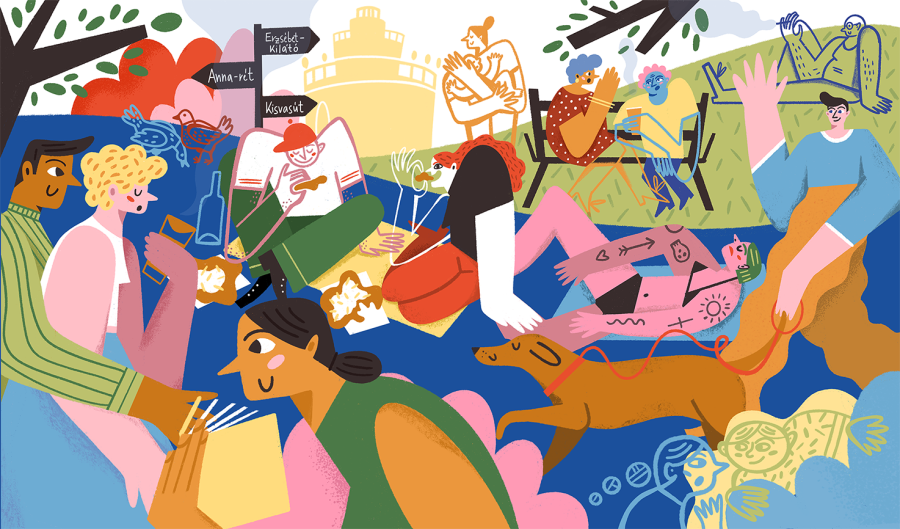 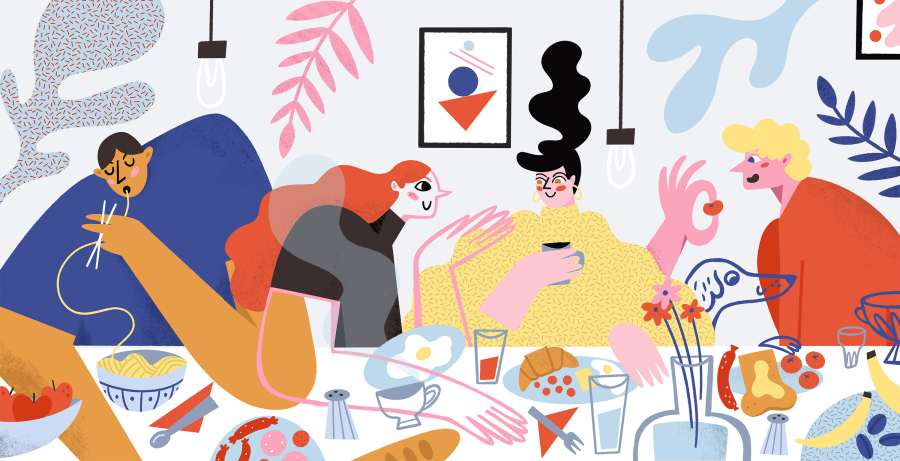 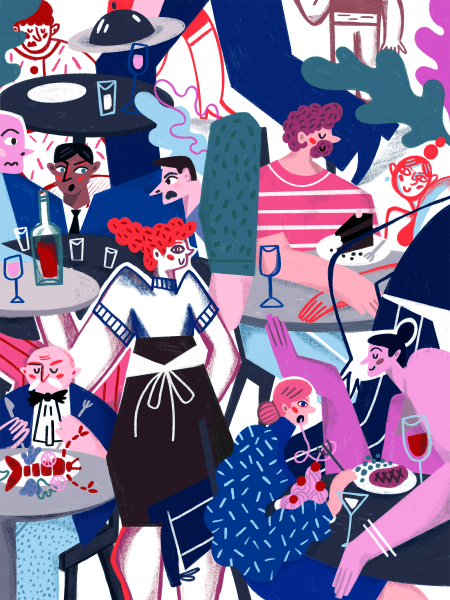 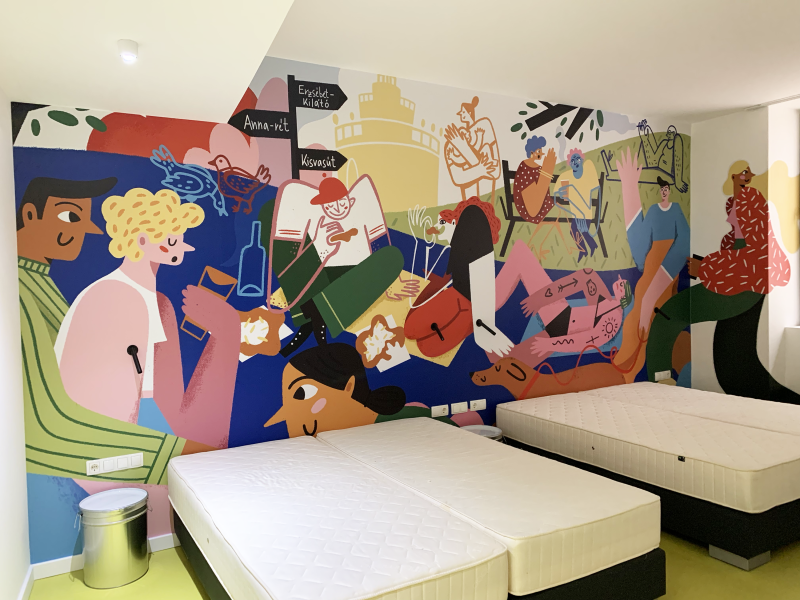 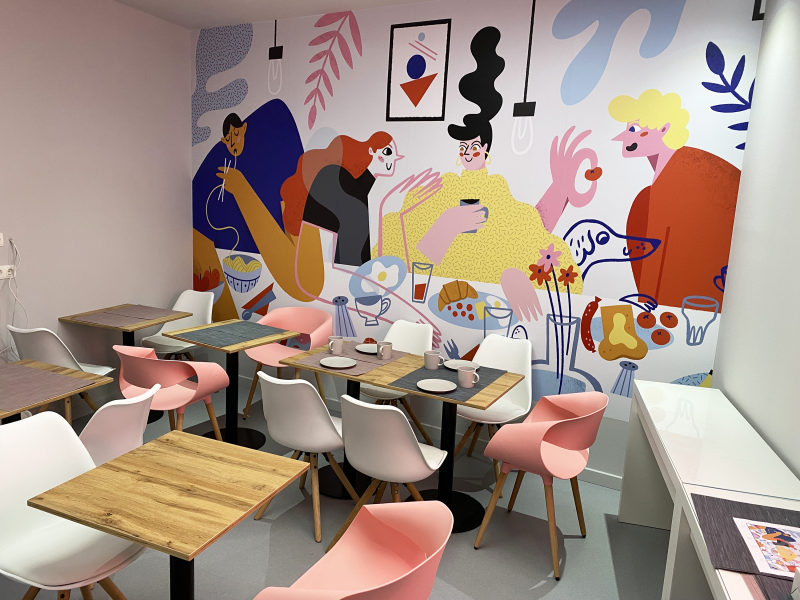