Why did you make this work:
I created this editorial illustration for an article called: Improving AI via Chess as a commission. This is an article about an artificial intelligence researcher who is working on a variant of blind chess, which is mostly played by bots. The “player” (bot) only sees a small portion of the board and gets intel with which it has to make decisions on what moves to make.

How was the illustration used:
It is an editorial illustration for the Johns Hopkin Magazine Winter, 2021 Issue.

How did you make this work:
I started the ideation part with hand drawing and then used Procreate and Photoshop on iPad to finish the illustration.

Biography:
Dawn Yang is an award-winning illustrator from Zhuhai, China, now based in New York City. She graduated from Minneapolis College of Art and Design in 2020. After graduation, she moved to New York City and became a freelance illustrator. Her clients include GQ France, Adobe, Scientific American, etc. 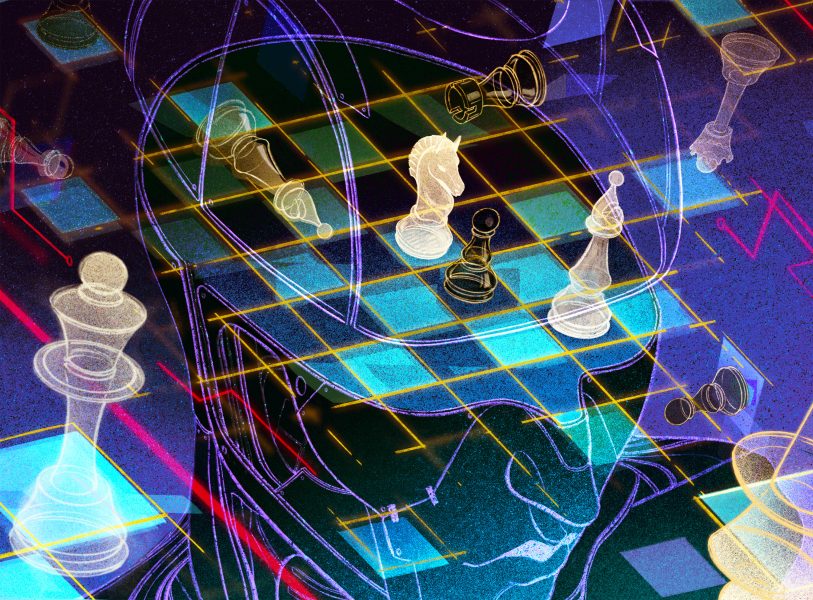