Why did you make this work:
I was commissioned by Twitter to create a portrait of Scottish player Erin Cuthbert in my own style, to be painted as a large scale mural and digital billboard.

How was the illustration used:
The illustration was painted as a large scale mural in Irvine, the players hometown and also used as a digital billboard in sites including Piccadilly Circus, as well as online.

How did you make this work:
I created this illustration digitally using Procreate on iPadPro. I worked using a really large canvas size which meant I could provide a really detailed image that works both on screen and at a much larger scale. My technique was a little different than my usual style, I worked using one flat brush type which meant the illustration was easily translated to paint for the mural.

Biography:
Recently moved from London to Glasgow, Irish artist Claudine's uniquely traditional drawing style has appealed to clients such as Apple, Twitter, MTV, Island Records, WeTransfer, Tiger Beer and Derwent Pencils.Claudine graduated from University of the Arts London with a First Class Honours degree in Graphic Design. Her adaptable, design focused approach to art is reflected in the diversity of her commercial portfolio and client base. 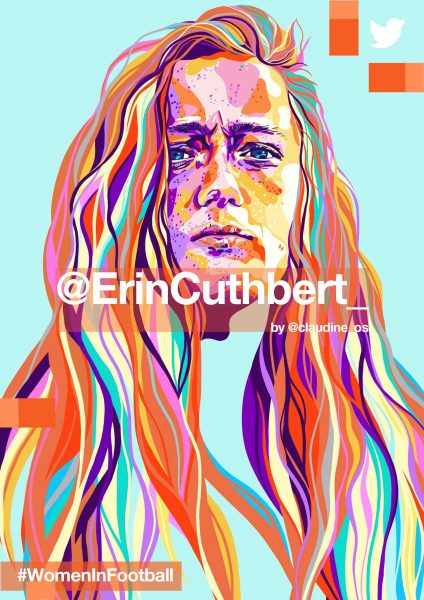 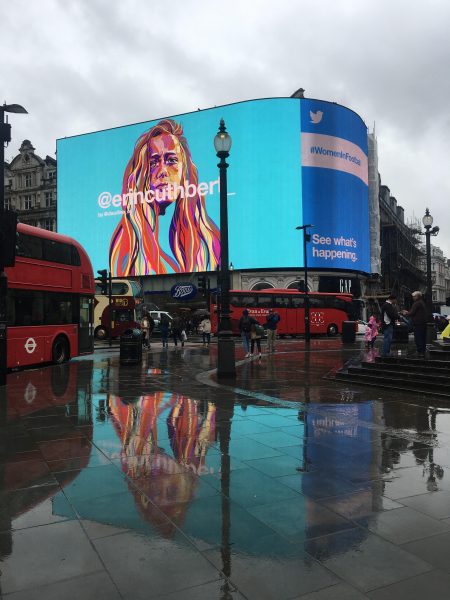 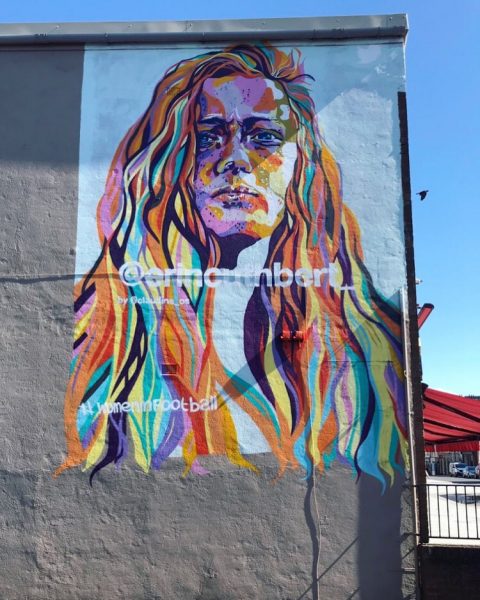 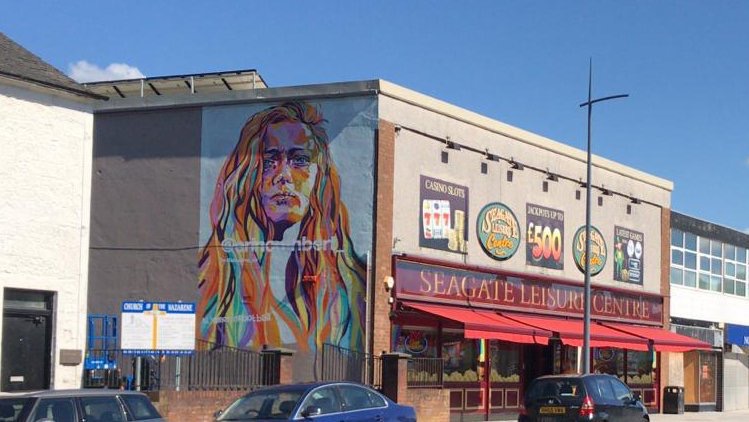