Why did you make this work:
According to Aristotle's treatise "De anima (on the soul)", plants have vegetative souls, animals have sensitive souls, and humans have rational souls. Inspired by the theory, the illustration depicts the inseparable connection between humans and other living things, hoping to rethink our relationship with nature and the importance of environmental protection.

How was the illustration used:
It's for self-promotion and a NFT collection. It will be used on illustrator's social media and an NFT platform.

How did you make this work:
This illustration was made mainly in photoshop. Some elements were made in 3D software, and the background was made with gouache and paper. Everything was combined in After Effects in the end.

Biography:
Chu-Chieh Lee is an illustrator and an animation director based in London. After working in the motion graphic industry for years, she now focuses on illustration and animation, exploring possibilities and different mediums to tell stories. She has worked with many clients worldwide, such as BBC Wildlife, Pfizer, Red Bull, LinkedIn and Wildaid. 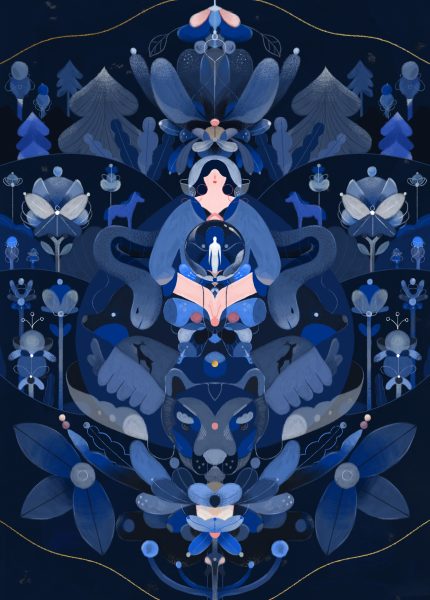