Why did you make this work:
Created in response to a Wired UK article titled 'Merit-based promotions won't solve your diversity problem'. The main topics from the article which served as inspiration were: the myth of an achieved meritocracy, the lack of diversity at the leadership level in Britain, how power is concentrated in the hands of the few, and how bias and racism stop opportunities from spreading widely and fairly.

How was the illustration used:
Speculative editorial illustration in response to a Wired UK article created for university project.

How did you make this work:
A rigged game has been used as a visual metaphor to symbolise a biased system. The Black woman playing the game is trying to get the opportunities, represented by balls, to smash through the glass ceiling. However, the balls will either fall towards the white male sitting at the bottom or into the hands nearer to the top. Digitally rendered using Procreate.

Biography:
Cherie is a freelance illustrator based in Birmingham. Her visual language draws inspiration from her Hong Kong heritage. Cultural identity, diversity, and mental health are key topics in her work, and her practice consists of editorial, advertising, publishing, and community-based projects. Clients include Birmingham Design, Street Co, Chinatown London, Birmingham Art Book and more. 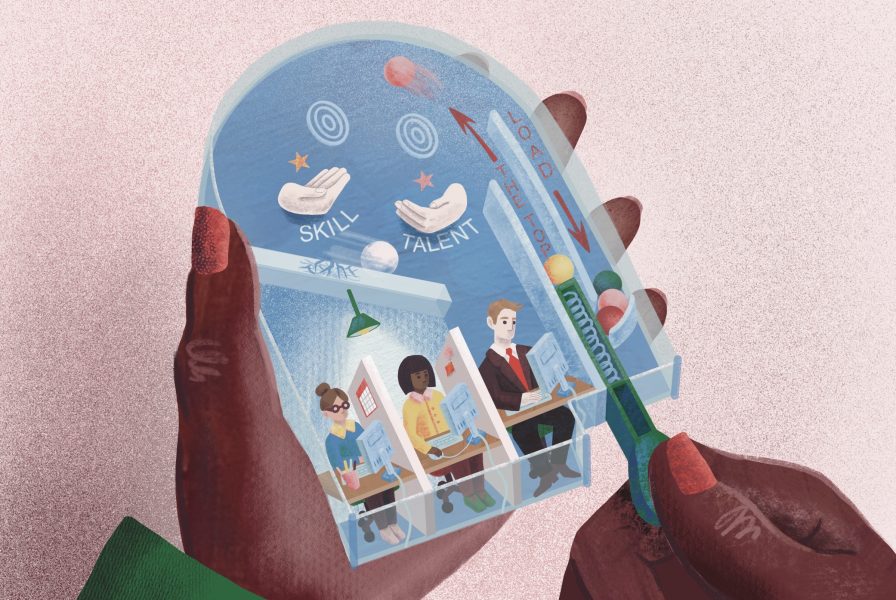