Why did you make this work:
Jotdown mag was created by a publisher nicknamed "Mar", sea in English. Mar is very loved and respected among writers & journalists but she was in poor health and her writing team wanted to pay tribute to him. They decided to dedicate this issue to the sea and use an illustration on its cover. They told me the story and they asked me for a squid because in Spanish it is called CalaMar.

How did you make this work:
To make this illustration I worked in Photoshop with my Cintiq on a collage base of old images on which I then draw. The image is a group of crossed metaphors referring to the sea and femininity. The squid is a marine vehicle directed with a firm hand by Mar, like her magazine. This Vehicle/animal uses its own ink as ink for articles and also hides in itself a reference to the female sexual organ.

Biography:
Celsius Pictor is an illustrator who grew up in a small town in the north of Spain. Since 2012 he has tried to expand the possibilities of his own language and extend his work to as many sectors as possible. He has worked with publishers such as Quarto, Hachette or SM, for clients such as Smythson or Goyard and he has collaborated with advertising agencies in the UK, France, Spain and the US. 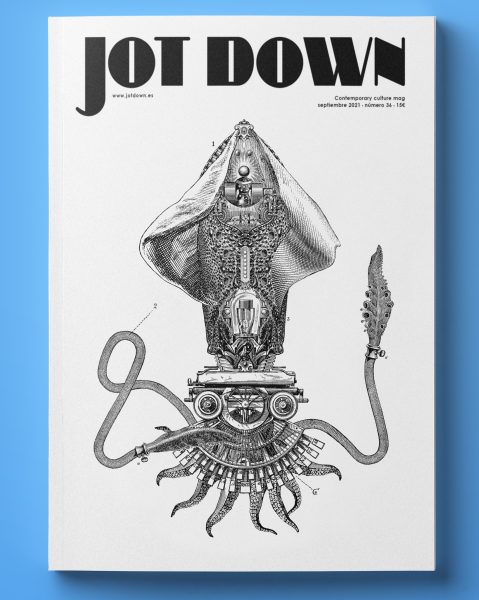