Why did you make this work:
A small publisher commissioned me to illustrate a crowdfunded "novella" in a single and limited edition. The illustrations reinforce the intention of writer to narrate the oppressive atmosphere of a rural nightmare that surrounds a small town in northern Spain. My images reinforce an ancestral and nightmarish environment for the reader who imagines the end but does not expect what finally happens.

How was the illustration used:
The illustrations were used as the cover and interiors of Jon Bilbao's book El regreso del Hircocervo (The Hircocervo´s return) financed through crowdfunding in a limited edition of 1000 copies.

How did you make this work:
The images in this book could only have 2 colors. I composed the illustrations as if I were creating movie sets, even with their own narrative in a scene where several things happen at the same time. Then I started collaging pieces of old engravings and to draw other more modern elements on them in Photoshop. And finally I used green to focus attention on the important parts in every scene.

Biography:
Celsius Pictor is an illustrator who grew up in a small town in northern Spain. Since 2011 he has worked for clients from UK, USA, France or Canada. He is inspired by the work of former engravers to develop his own language that renews and continues his legacy. His work is very meticulous, creating atmospheres that mix with patience and love for nature, primitive mechanics and all kinds of stories 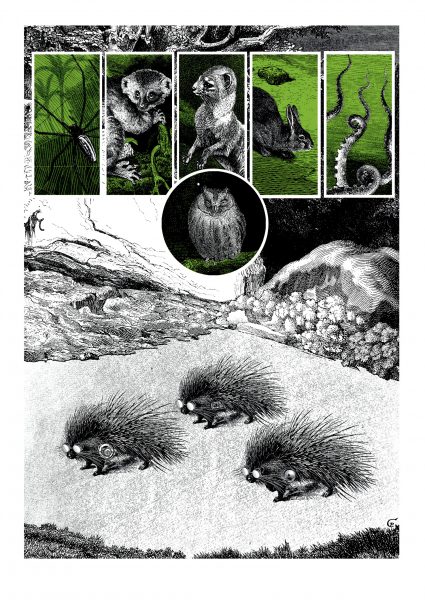 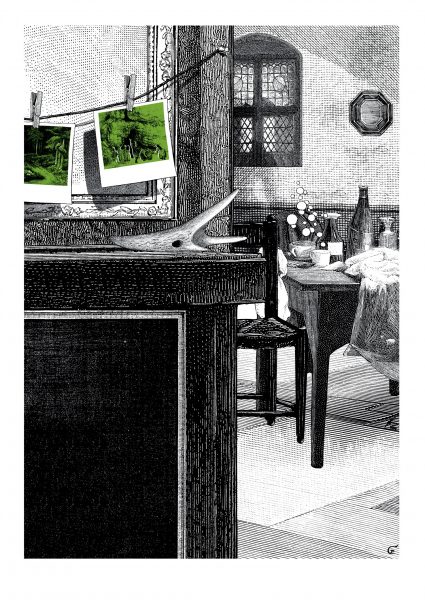 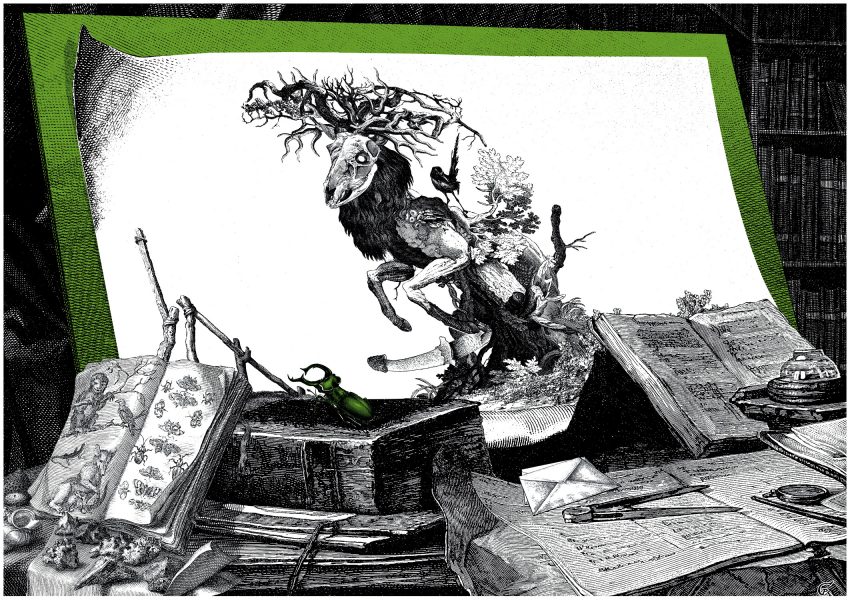 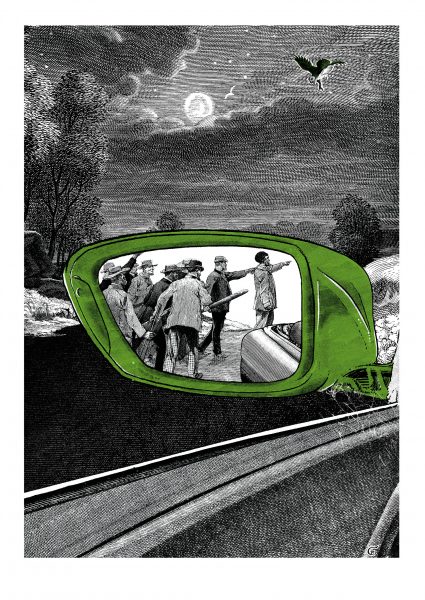 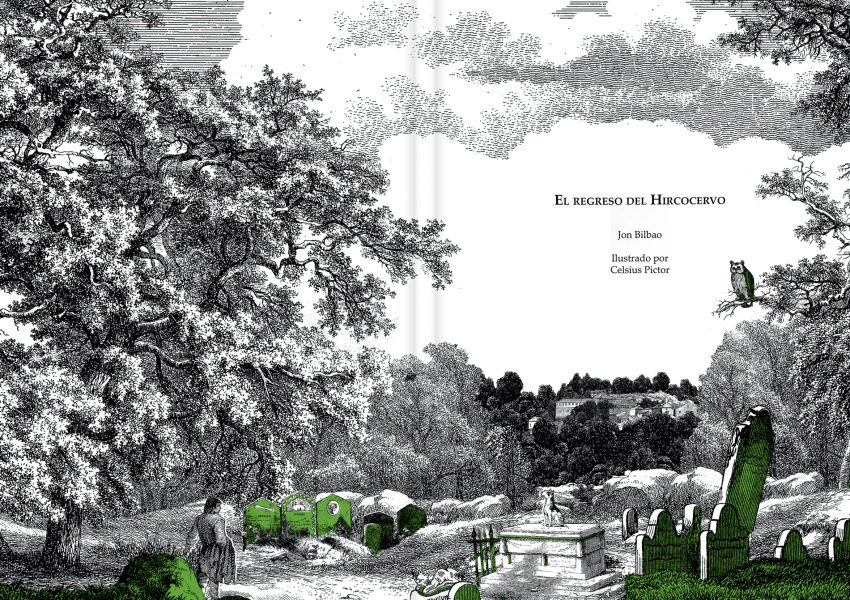