Why did you make this work:
I was commissioned to do illustrations to be incorporated in to two tapestries for Carrick-on-Suir’s Ormond Castle. The castle is owned by the Office of Public Works here in Ireland. The twenty two Scraperboard portraits plus the seven household scenes I created were added in to the design John Raftery did and then made in to actual tapestries. You can see the scale of them both in image 3.

How was the illustration used:
The Illustrations were commissioned to be made in to two large tapestries that now hang on the walls of Ormond Castle. The €270,000 interpretation scheme in the Castle’s exhibition and audio-visual rooms tells the story of the Tudor manor’s origins and Black Tom the Earl who built it for Queen Elizabeth 1. The portraits depict the rival dynasties and key the players.

How did you make this work:
All my work was first done by hand in black Scraperboard. The 22 portraits remained black & white. I added some colour to the household scenes in Photoshop. The colouring attempted to capture the kind of dyes that would have been in use at the time the castle was built.

Biography:
Brian Gallagher was born in Newcastle-upon-Tyne in 1967. Since graduating with a BA (Hons) degree in Illustration from the Bristol Polytechnic, Brian has enjoyed a successful career as a professional illustrator and fine artist. His work has appeared in all areas of design including magazines, newspapers, book publishing, advertising & museum design. His many clients include The Royal Mint, Harper Collins, Penguin Books, Walker Books, Oxford University Press, Random House, Longmans, Orion Publishing, Evening Standard, The National Trust, Office of Public Works & GPO Witness History. Brian is a member and past committee member of the Illustrators Ireland and has lived and worked in Dublin for the past 20 years.Royal Ulster Academy Print Prize 2019World Illustration Awards Winner 2016- Public Realm 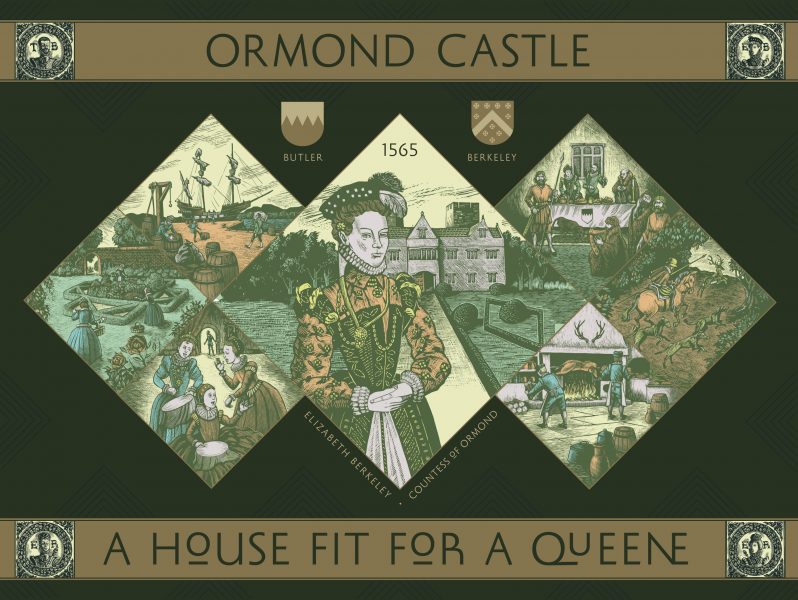 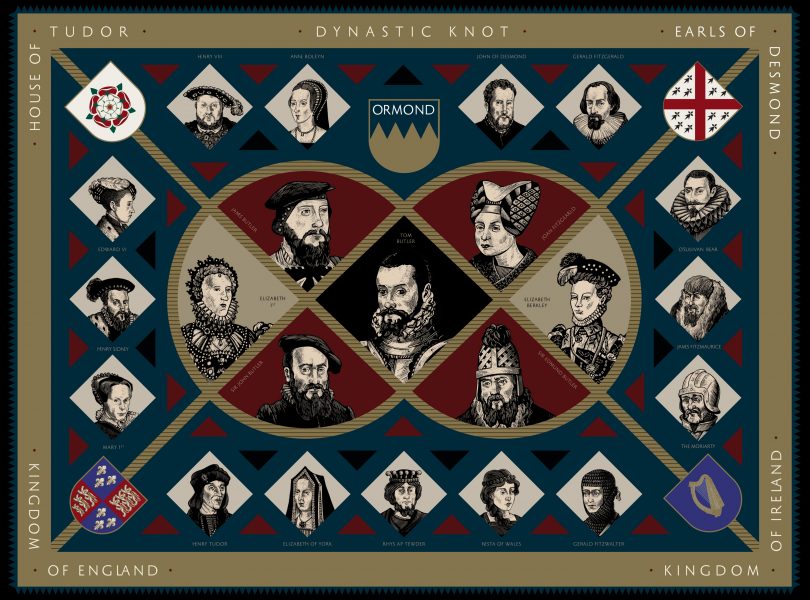 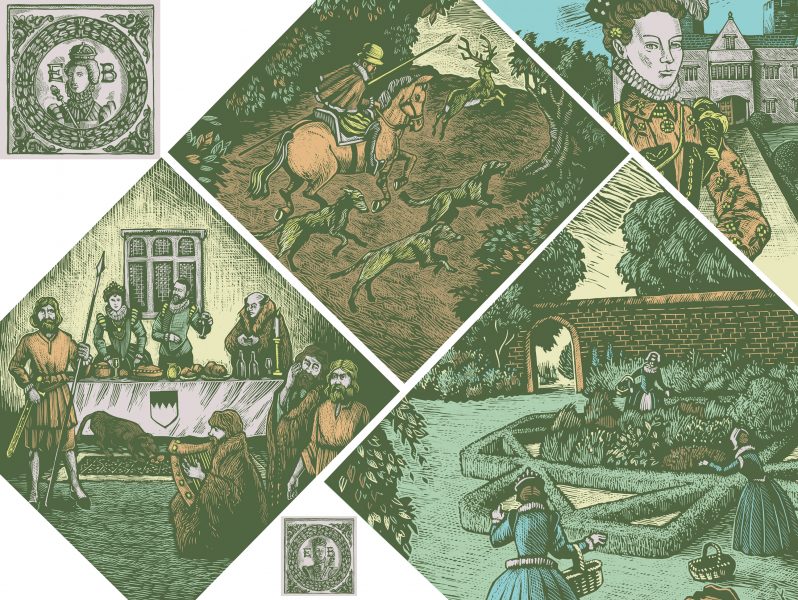 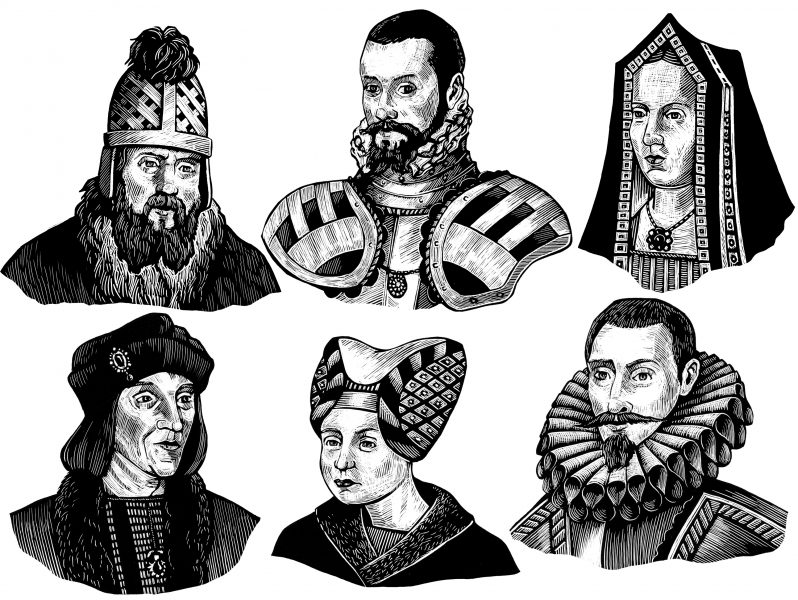