Why did you make this work:
I created this illustration mainly for personal purposes, as part of a set of images intended to pay tribute to women. From the 1st of March until the 8th, I published one image per day, each related to different topics like feminity, gender inequality, empowerment, or feminism, to provide more visibility to and awareness of these topics.

How was the illustration used:
The illustration was initially published in different personal social media accounts during International Women's Day (8th of March), and after some months, it was licensed to be used for the public image of a center in Nantes (France), dedicated to women who had been victims of domestic violence. It was rewarding that a personal project was used for a cause so aligned with my initial purpose.

How did you make this work:
I wanted this piece to have a very strong concept and interesting composition, so I dedicated a lot of time to sketching on paper and trying different variations. Once I came up with the final sketch, I coloured it using Procreate. I used the same colors I selected for the 7 other images in the series and added some texture to make it look warmer.

Biography:
Bea Vaquero is an illustrator from Barcelona and currently based in Melbourne. She initially studied graphic design and developed personal projects that helped her create a colorful, playful and elegant style. During her experience as an illustrator, she has crafted the art of communicating ideas through visual images in the shape of explainer videos, editorial and commercial illustrations. She has worked for clients like Airbnb, Decathlon and Adobe among others. 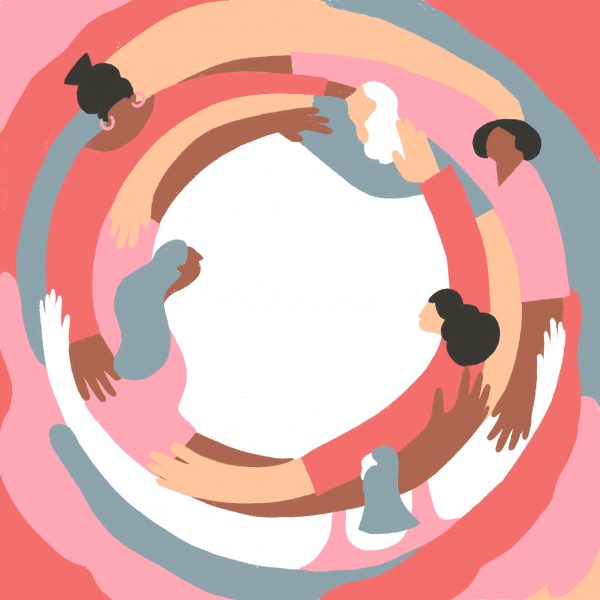