Why did you make this work:
I was commissioned to do the magazine cover for a special Women's History Month issue of Revista Galeria. The brief was to do something with a big visual impact and allowed space and legibility for copy and the logo. I decided to illustrate a woman who is staring back,looking powerful and looking to the future but also has a nod to the 60's and the second wave of feminism.

How was the illustration used:
Magazine cover For Revista Galeria, Uruguay.

How did you make this work:
Digital Illustration, procreate app and photoshop.

Biography:
Lucia Picerno (Badass Femme) is a London based Latina Designer and Illustrator. She comes from the faraway nation of Uruguay and has been living in London for 5 years. Two years ago she started experimenting with illustration and started her Instagram account @badass.femme in order to share her work. Since then she has been transitioning from the world of Design to Illustration. Her Clients include Penguin, HarperCollins, Honda, Unilever and Palmer’s. She works in editorial illustration and advertising mostly, but she is just starting out so she wants to experiment in many areas. She studied Graphic Design, is a self-taught illustrator and mostly works digitally. 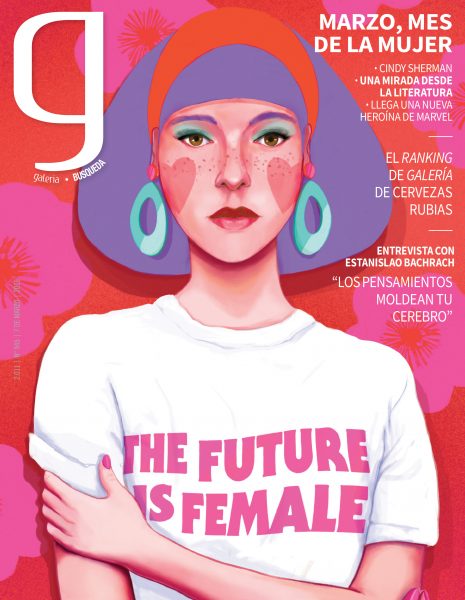