Why did you make this work:
Edmonton - a northern city known for its dark winter and long summer days, two contrasting features the artwork embraces. Through the contrast of gold and black, the artwork brings a renewed sense of curiosity and wonder to the eyes and hearts of the passerby, and celebrates the dark, the bright and the magically ordinary and mundane (dandelions, the magpie, the cat) around us.

How was the illustration used:
Hana is a mural commissioned as part of a revitalisation effort, turning the building into a beacon of light to bring brightness in the dark months and to amplify the sun in the summer months.

How did you make this work:
Layout and studies are sketched and painted before the artwork is finalised, digitalised. It is then projected and traced in segments on paper and carefully reassembled to create accurate stencils for tracing the artwork directly onto the primed and painted surface. Each shape is masked and painted by hand in layers and stages. From concept to finish the entire process took over 6 months.

Biography:
Artello is Keith-yin Sun and Judi Chan. Keith’s creative career began in the 90s. He formed Vanguard Works in 2003. Judi graduated from Whitecliffe College of Art & Design in 2004 and was recognised in Shift Japan's International competition the same year. Artello was formed in 2010 to further engage the different areas of their shared interest in a unified manner. 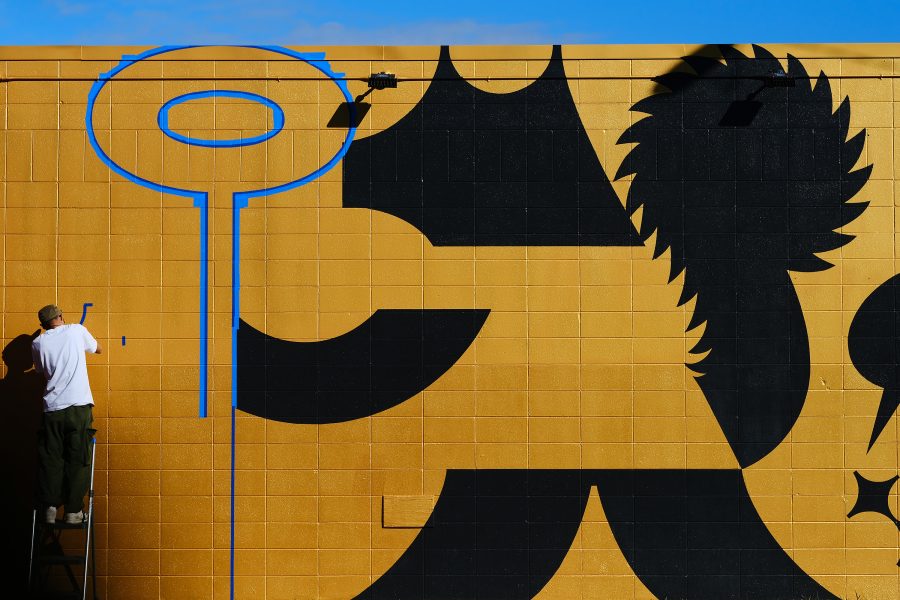