Why did you make this work:
Illustration for a group exhibit located in a neighborhood boxing gym in Milan

How was the illustration used:
Printed on a 4mt x 2mt non wovew fabric banner

How did you make this work:
Digital technique

Biography:
Antonio Sortino, was born in 1986, he lives and works in Milan. After attended the MiMaster in illustration in 2017, he immediately began his career as a professional illustrator. His illustrations appear among the main magazines and newspapers in the world including The New Yorker, New York Times, Aftenposten, Les Echos, Monocle, The Telegraph, American Airlines, Virgin Airlines, La Repubblica, Il Sole 24 Ore, and others . His works have been awarded by the Society of Illustrator of New York, Communication Arts Award, 3x3, Premio Illustri. 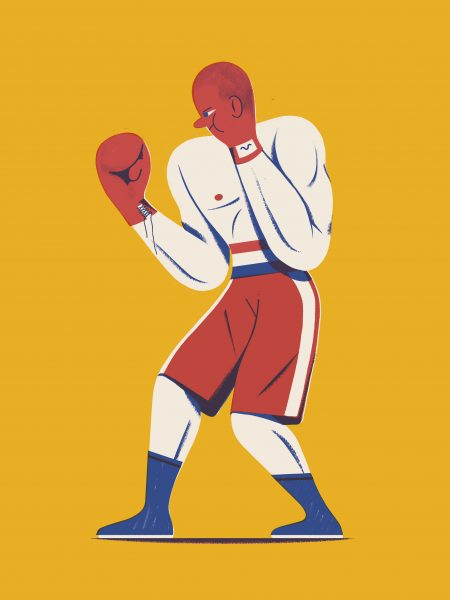