Why did you make this work:
I was commissioned to design three prints by Yellow Club Cycling in June 2020. They are an independent business celebrating road cycling culture through photos and prints. The posters are based on the three ‘Grand Tours’: Tour de France, Giro d’Italia and Vuelta a España. They are the three major European professional cycling stage races in road bicycle racing.

How was the illustration used:
They are being sold as collectable prints through Yellow Club Cycling

How did you make this work:
These illustrations were inspired by classic/vintage style cycling posters and influenced by famous landmarks seen in the races. Initially my sketches were drawn on paper and then rendered digitally on Procreate. I was inspired by the iconic imagery associated with the races and most importantly, the coloured jerseys that the leaders of the races wear.

Biography:
Annie is a freelance illustrator and in-house graphic designer based in Bristol. Since graduating from UWE in illustration, Annie has been working on commissions. She was shortlisted on D&AD x Squarespace's 'Ones to watch' list, 'Le Mans' was one of the winning entries to Les 24 Heures du Mans s’affichent and 'Triathlon Trio' was displayed throughout Bristol, amongst other commissions. 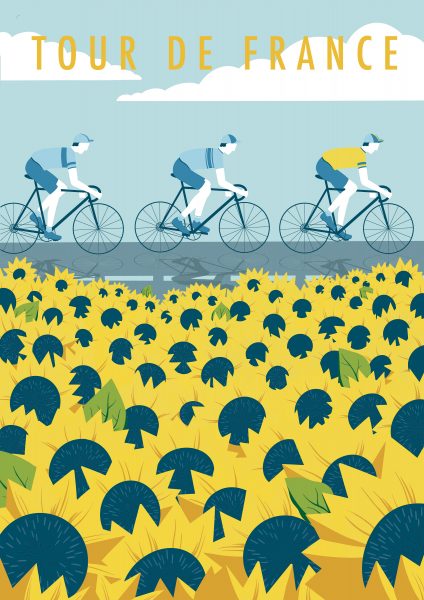 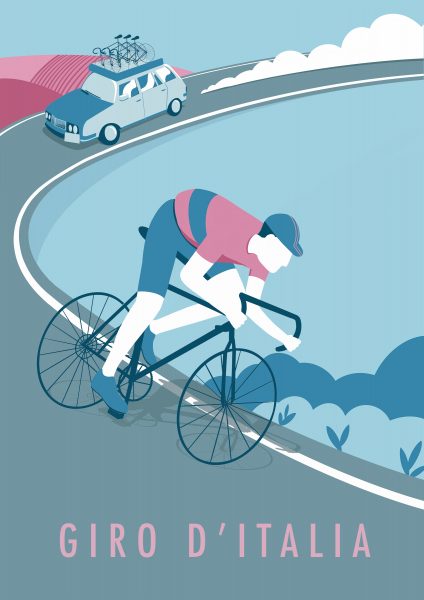 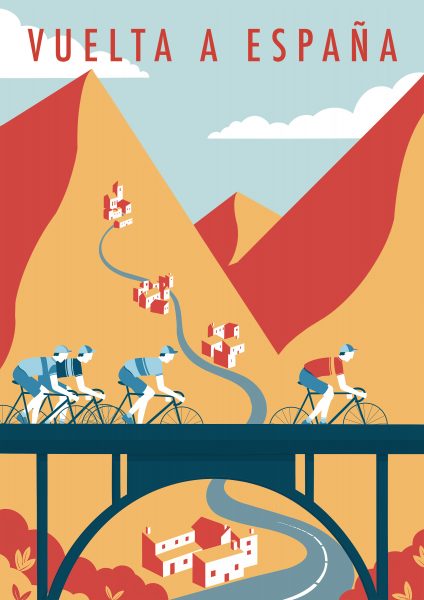