Why did you make this work:
A graphic novel that drew on our background in architecture to envisage a near-future city saturated with augmented reality. This new digital layer is a bright, shifting, enticing mirage drawn over the crumbling remnants of the old physical world. In this setting, to explore current trends, cultures, behaviours of the internet by manifesting them as three dimensional spaces, objects and characters

How was the illustration used:
Published as a 256 page graphic novel

How did you make this work:
Traditionally hand-drawn using old perspective drawing techniques to bring the comfort of Golden Age illustration style to the alienating sci-fi setting. Digital colouring applied as a narrative device, with the old, offline city rendered in greyscale and the digital, virtual parts of the new city in full colour. Red/Blue overlays simultaneously explore scenes from the POVs of different characters


Biography:
Anna grew up in rural East Yorkshire, fascinated by stories and cities. She studied architecture at The Bartlett UCL, where she became increasingly interested in the power of illustration in architecture, and architecture in illustration. She teaches at The Cass and University of Nottingham, and spends any free time drawing imaginary places. 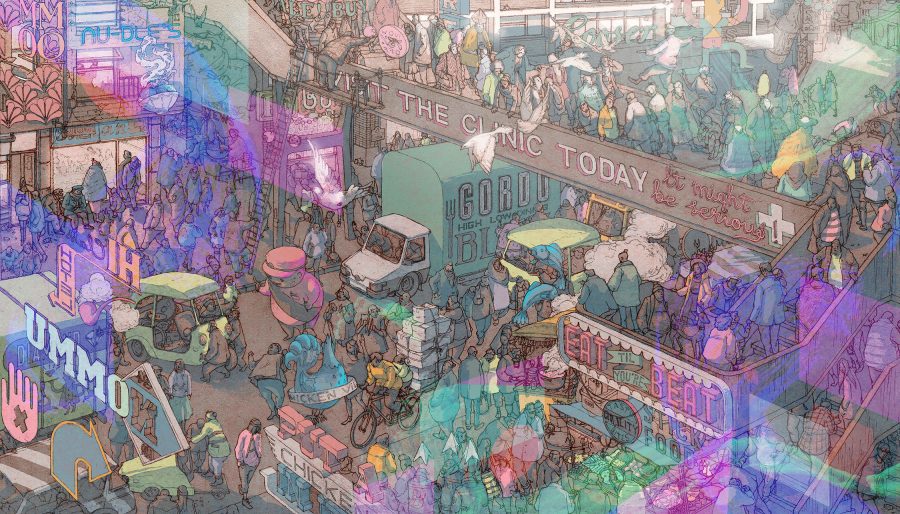 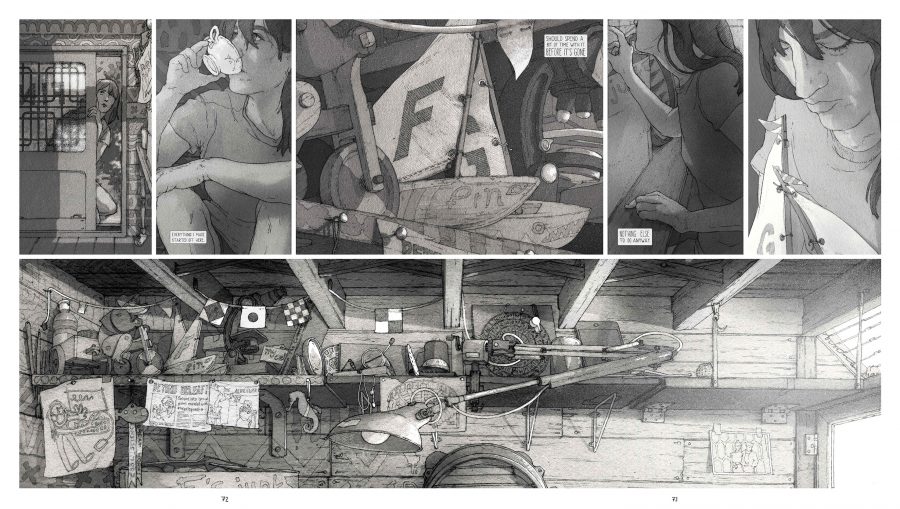 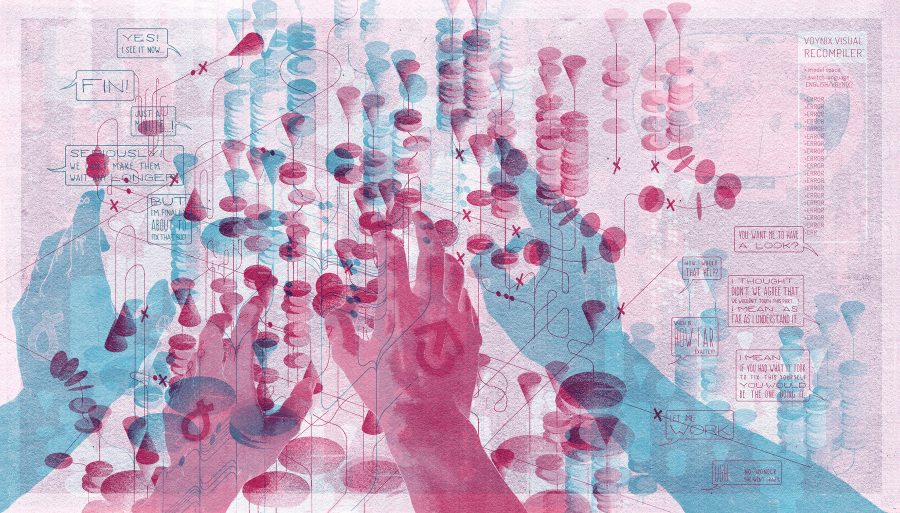 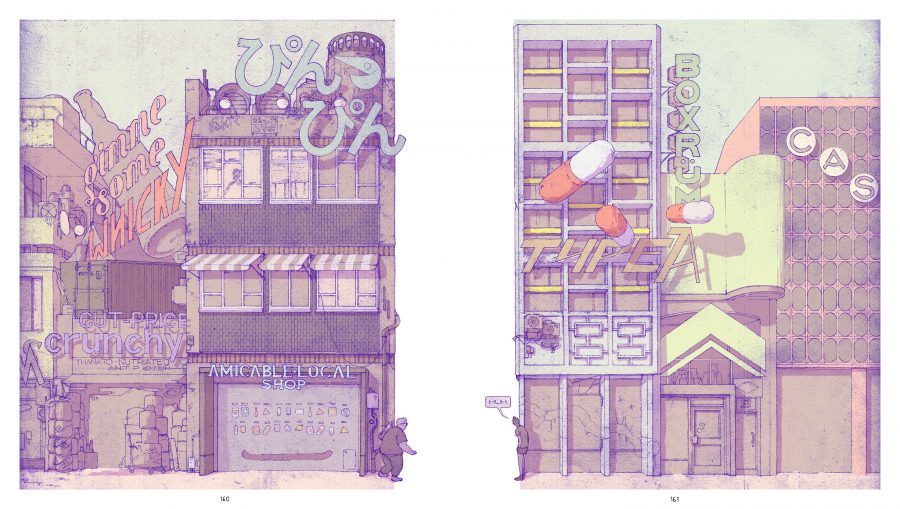 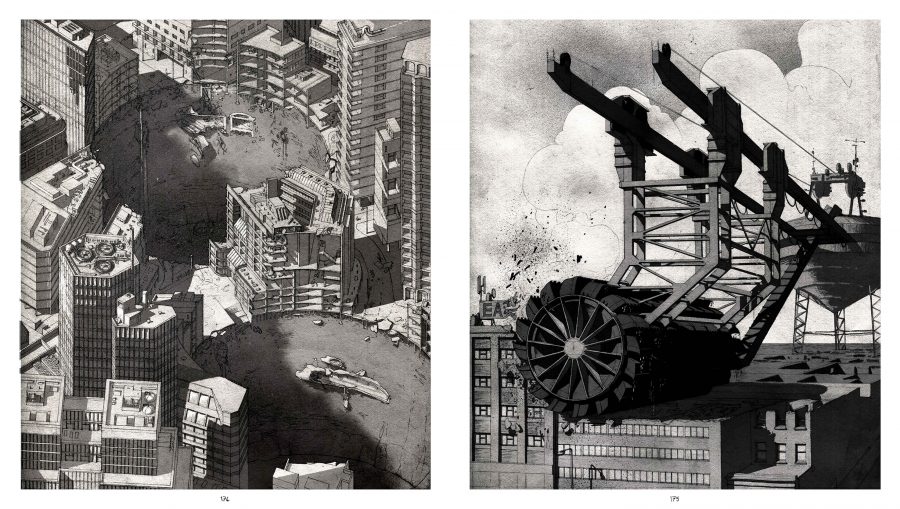