Why did you make this work:
There are illustrations to the book about the longest railway in the world - Transsiberian railway - and cities along it. It is more than 9000 km and 7 timezones! There are a lot of cities - small and huge, with scyscrapers and small wood houses, with millions of people and with thousands. Near Vladivostok live tigers and there are a ocean - and in Slyudyanka people ice skying on the Baykal lake!

How was the illustration used:
in a children book

How did you make this work:
The idea of the book was mine - and I found an author for it. There was a big research - we were looking for people in all this cities who could tell us about there hometowns. I used mix technique: first draw the contour by hand and then finished it and colored in Photoshop.

Biography:
I am illustrator of children's book. I especially love to illustrated non-fiction books. I was born in Moscow in 1987. Graduated from Moscow State University of printing arts in 2011. In 2017 I won golden apple prize at the Biennial of Illustration Bratislava, in 2018 was nominated to Astrid Lindgren memorial award and German Children´s Literature Award, in 2019 was one of selected illustrators at the bologna children's book fair. 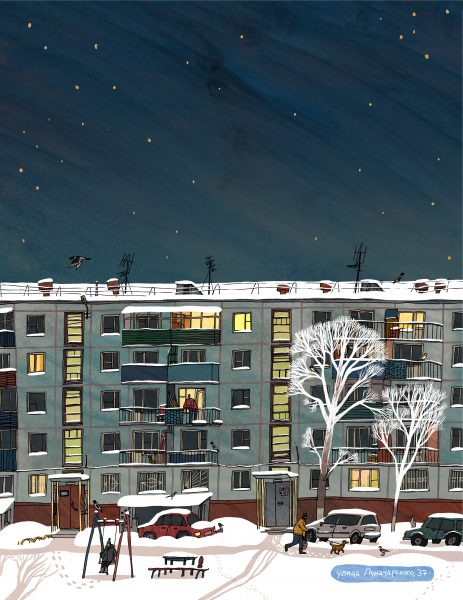 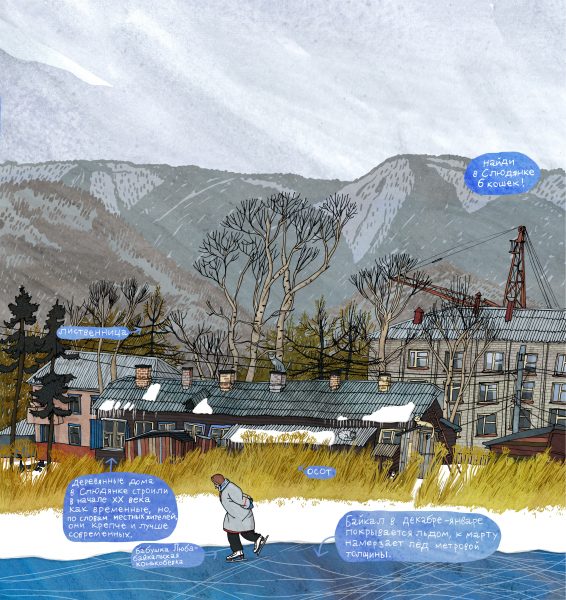