Why did you make this work:
I was asked by Little White Lies and Modern Films to create an alternative poster to advertise the online release of the film "Falling" starring Lance Henriksen, directed by Viggo Mortensen.

How was the illustration used:
This Poster was used to advertise the release of the film on the Little White Lies website as well as the Modern Films' online release. Some printed versions were also used for Viggo to sign for further advertising purposes.

How did you make this work:
The clients wanted me to focus on the theme of the complicated father-son relationship that this film explored. The poster is intended to have an elegaic americana style, so I used digital media to imitate traditional painting techniques in order to create this set of classic styled portraits which focused on the emotional core of the film.

Biography:
Amy Leonard is an Illustrator based in London. After graduating from Arts University Bournemouth in 2020, she was selected as one of D&AD New Blood's 'Ones to Watch' for 2020. Since graduating she has been working freelance, specialising in the editorial and advertising sectors. Her clients include Little White Lies, Modern Films, Breathe and Patient. 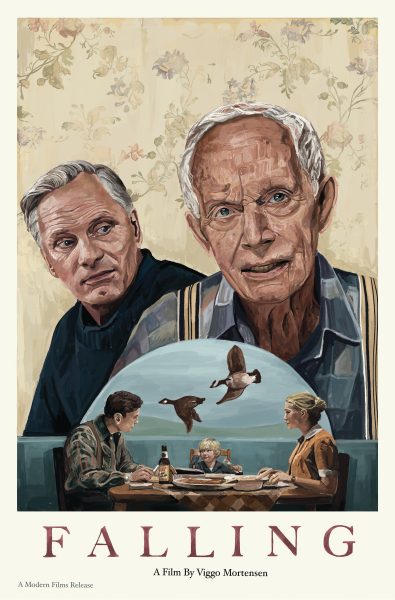