Sam is an architectural/spatial designer. Having  received architecture training, Sam's design is the juxtaposition of urbanism, landscape, illustration and narrative. His recent works focus on exploring the poetics of fictional places from films. His project translates cinematic imaginations into drawings, architecture and urban space. Sam narrates his fictional space through drawings, paper models and illustrations.

A series of drawings capturing the tranquil atmosphere and architectural space of a fictional island where purity is defined as the currency of a future resilience city. The illustrations incorporate architectural drawing techniques and representation including sections, plans, axonometric and perspective. Japanese traditional woodblock print composition is adapted to illustrate the imagined architectural landscape created through the speculative processes of manufacturing purity on the disputed Senkaku Island designed by the artist.

‘Poetics of a Resilient City: Design’ is an architectural proposal to establish an intellectual critical position on urban resilience. Individuals are asked to focus on the spatial and phenomenological speculations that emerge when predictive fiction and its poetic functions are applied to cities.

I spent a lot of time researching the historical and current geopolitics between China and Japan. The complex cultural conflict has informed the architectural proposal, the site and the drawings. I did a series of urban space case studies to contested cities existed in early 20th century including Nagasaki, Pusan, Kulangsu, Taipei and Hsinking. The research showcased how cultural conflict and geopolitics informed space.

The project was inspired by a 1996 Japanese film 'Swallowtail Butterfly' directed by Iwai Shunji. Yen Town was the fictional city where the film was set. The space and narrative from the film were reinterpreted and translated to a speculative architectural proposal. Drawings are the medium to design, detail and capture the spatial quality. I looked at the composition of Japanese woodblock prints and produce a set of drawings unique to the context of the project. the compositions and graphics are key media in telling the narrative of the architecture. The drawing process also involves detail 3D modelling, rendering and paper cutting. It is a combination of digital illustration and architectural drawing techniques.

Key challenge was to capture the essence of a contemporary film and reconstruct a whole different narrative for an architectural proposal interrogating current global issues and geopolitics.

Drawing is fundamental process of design and story telling. Pay attention to every pixel!

Too many good movies.

148 minutes translated to 1 island and 9 drawings.

Keep exploring together. The power of drawings is greater than we can imagine. 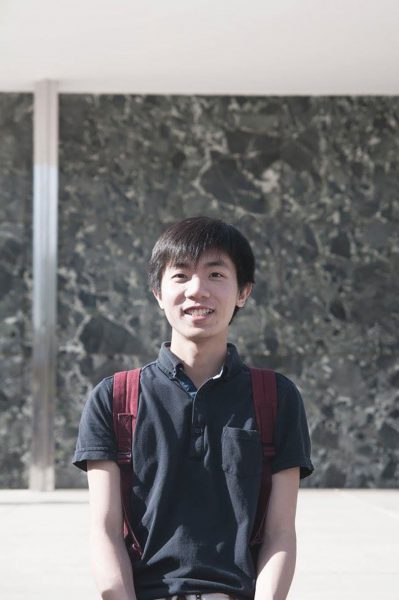 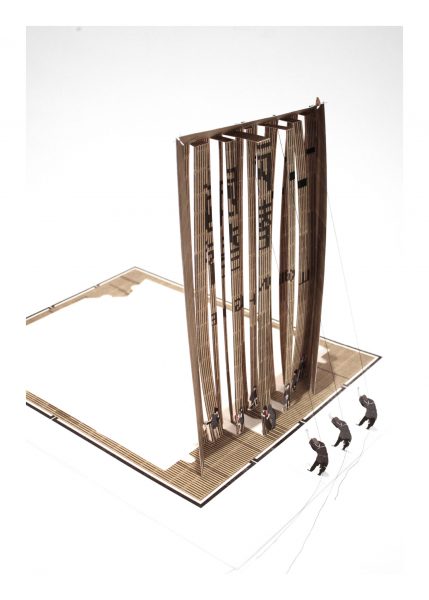 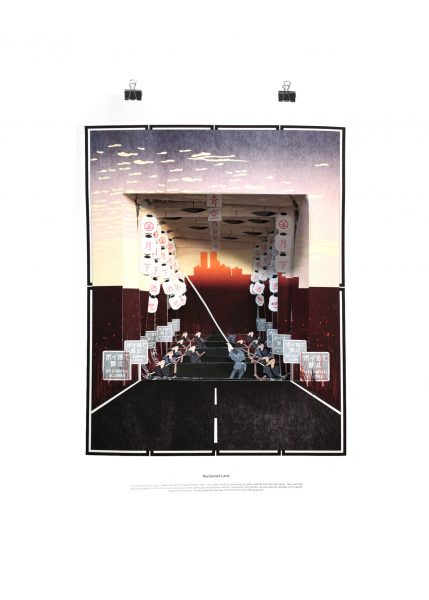 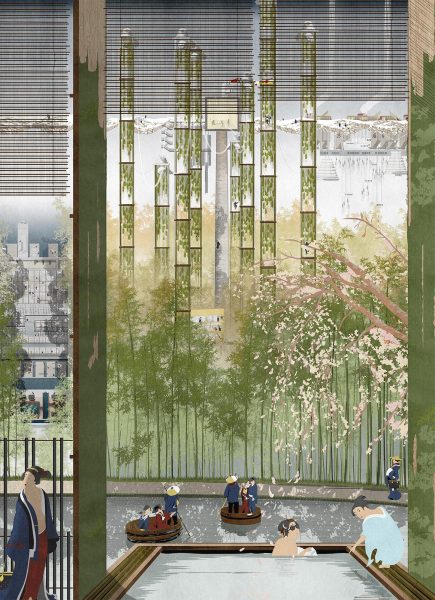 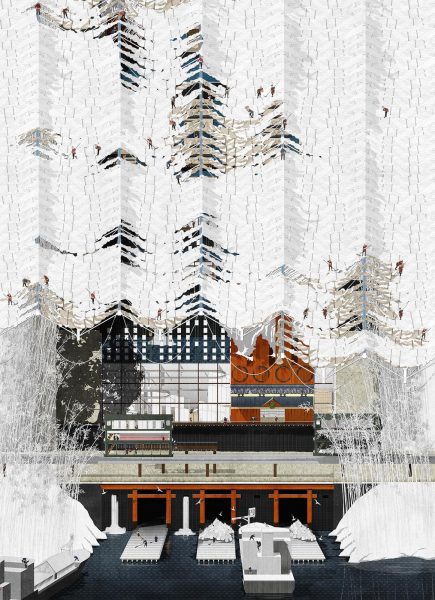 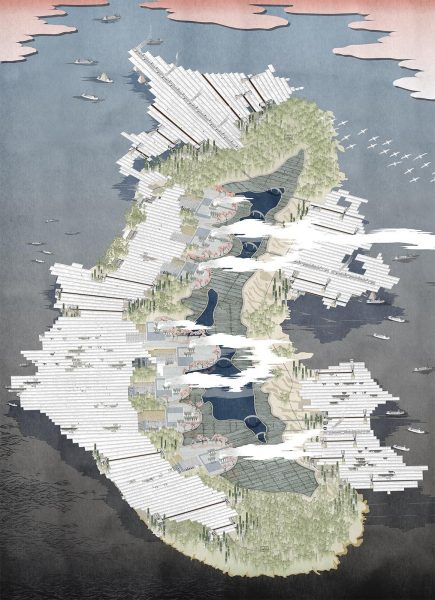