Jonny Glover is an illustrator and animator from London.

Jonny's style is singular and instantly recognisable. His idiosyncratic characters and sense of humour allow him to open up complex subjects with a light hearted touch.

Clients include;  The Barbican, The FT, The Wellcome Trust, The NHS  The UN, and Havas,

Jonny combines drawing and digital media to form strong graphic compositions with atmospheric colour. He cites the likes of Steinberg, Savignac, Gorey and Searle amongst his influences as well as the work of many of his contemporaries.

The mural was commissioned by the NHS (East London Foundation Trust) for the Mental Health Centre in Newham. It was designed and created with the help of local NHS users, carers, and volunteers. It’s a vision of quality improvement on the Greenway, a raised footpath and cycleway that cuts right through the heart of urban Newham.

The purpose of the mural was to​ ​encourage people to get involved​ ​in quality improvement​ initiatives at the Centre​.​ ​It had to depict the systematic method and steps involved in an improvement project whilst also ​being a simple uplifting image that was sensitive to its ​setting.

Most ideas developed over a series of meetings with the NHS staff and a group of brilliant local volunteers. The trust is exemplary at involving local service users in all their improvement projects and they became a really valuable part of the design process.

Inks and acrylic paints. The wall is in the hospital canteen so​ ​it was important they were non-​toxic.

A​ ​lot of time was spent on the design part of the process and ​in ​distilling​ ​all the concepts​ and​ ideas down into something singular.

We arrived at the idea of showing the Greenway early on. It’s a unique bit of Newham – a long raised footpath and cycleway with trees and peaceful views that passes right through the urban landscape.

My studio happens to be at the other end of it to the Mental Health Centre so a lot of​ ​sketches​ ​took place on my cycle to and from ​work. Tests of the paints and colours were made in the studio. O​​nce the design​ ​​was approved I painted​ ​it directly onto the wall from a squared up​ ​sketch.

Access to the space was ​very​ restricted so I had to do much of the work in evenings and weekends.

Having a lot of people involved in the design was unusual but great, and I think it’s led to an image that better represents the brief.

I had​ ​a number​ of ​animation commissions running at the same time. It felt good to be able to take a break from my desk and go and paint on a large wall

I'm really pleased with how ​it​ turned out. We had a day where some of the local volunteers came to do some painting which was great fun so if I did it again I'd try and do more of that.

Share jobs if you can’t do them, try not to work for free even when starting out, and remember to take time off. 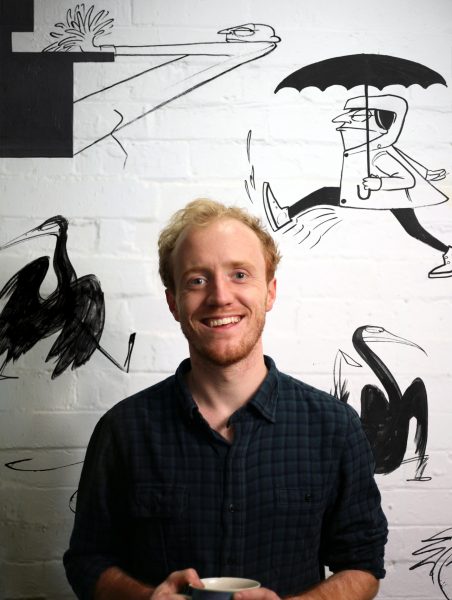 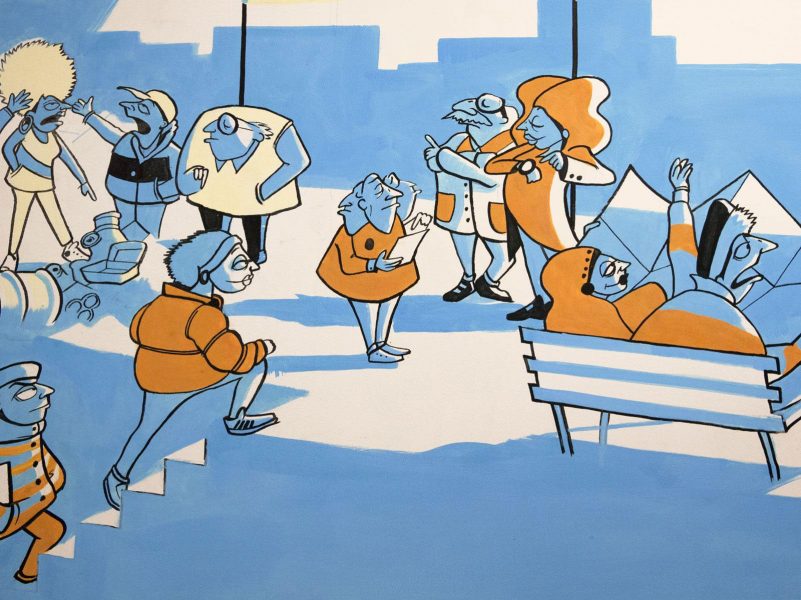 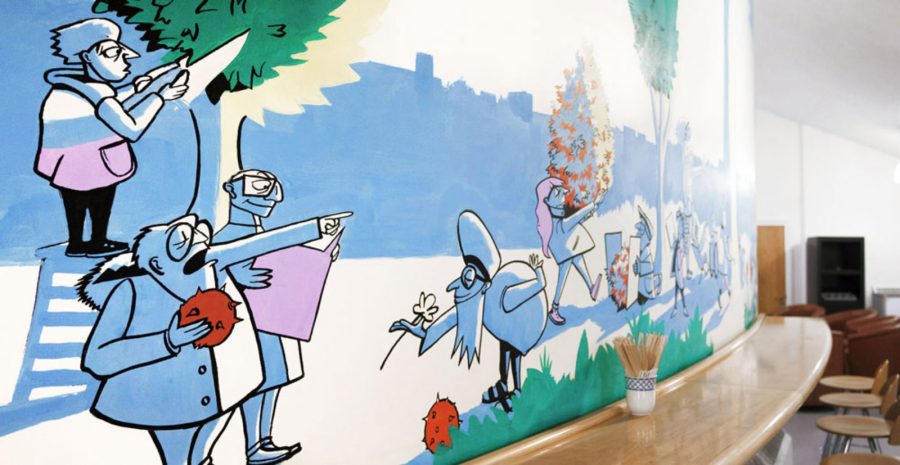 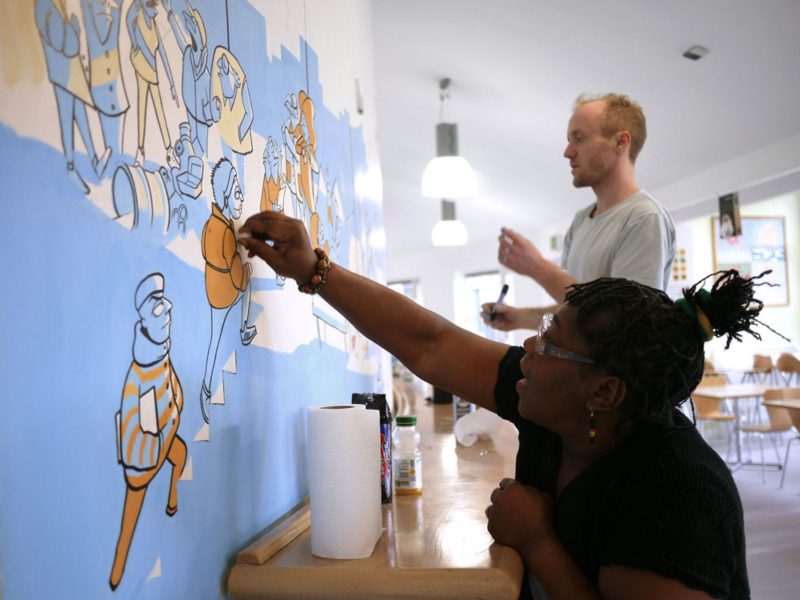 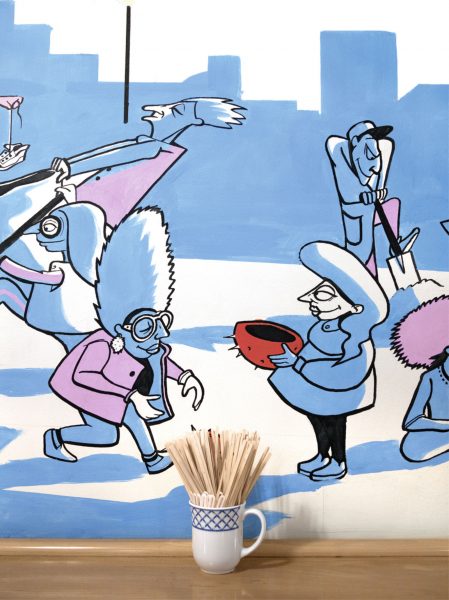