I am currently based in Seoul, Korea. I received bachelor degree of Visual Media from Sungshin University 2015. Even though I studied visual media while in college, after graduation, I realised that I was into illustration; especially making my own picture book, art toys and sculptures. Thus, I joined Hills, illustration academy, and studied there for about 2 years. Currently, I'm focusing on designing and making art objects based on my picture book 'SEON-AH'

‘SEON-AH’ was a graduation work at HILLS. I tried to find an attractive character to capture people's hearts, as well as find a story deep inside my mind. It was not easy process though, so I created a mind map first and finally reached what I really want to tell and draw. That was 'SEON-AH'; It consists of about 30 illustrations with a few text.

The book 'SEON-AH' is about a woman wearing a safety helmet to feel tranquility while living in an unstable society. I chose a safety helmet as a symbol of giving comfort because it protects and insure people against risks. The name of the main character is 'SEON-AH' and I kept feeling 'SEON-AH' is myself while working on the book. I wanted to convey a message, 'We need to have something like a safety helmet which could calm oneself', to all people who live in such a anxious and uncertain future.

I compiled materials related to the theme I chose for this book and one of the articles I found said that unfortunately, one out of every four adults goes through a mental illness once in a lifetime. The more I researched the more I got interested in the story; which is about a mental anxiety and psychological pressure on modern people.

Mainly I use pencils for drawings and scan the illustrations to apply digital color on them using Photoshop.

I designed the character based on researching data which was various helmet images and images of people on the street first. And then I started working on storyboard and arranging their sequence. After that I selected the drawing to be subtracted and added and finally, I started the original work.

Overall, everything went smoothly to the end but there was only one obstacle I encountered during the work. When I was correcting the colors of illustrations on my computer, it was really confusing that each screen of computer showed subtly different color of the illustration.

There was a priceless lesson that I gained from this project, which is that I can work better when I got the idea based on my own story.

I am so honored to be a winner of the World Illustration Awards 2017. It is really encouraging me to continue on my next project. 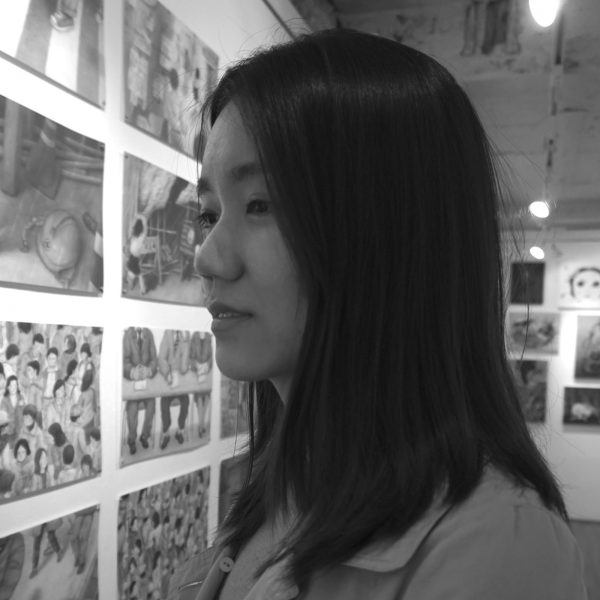 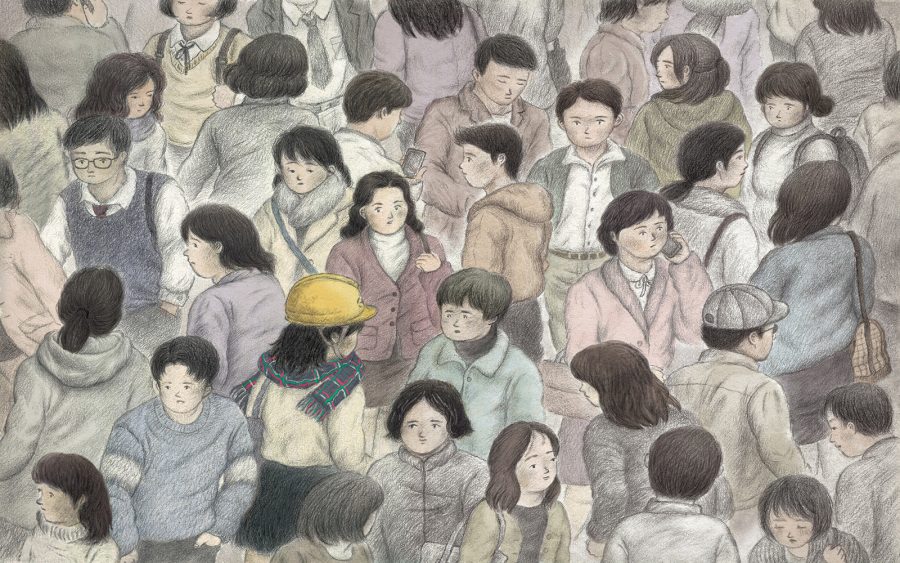 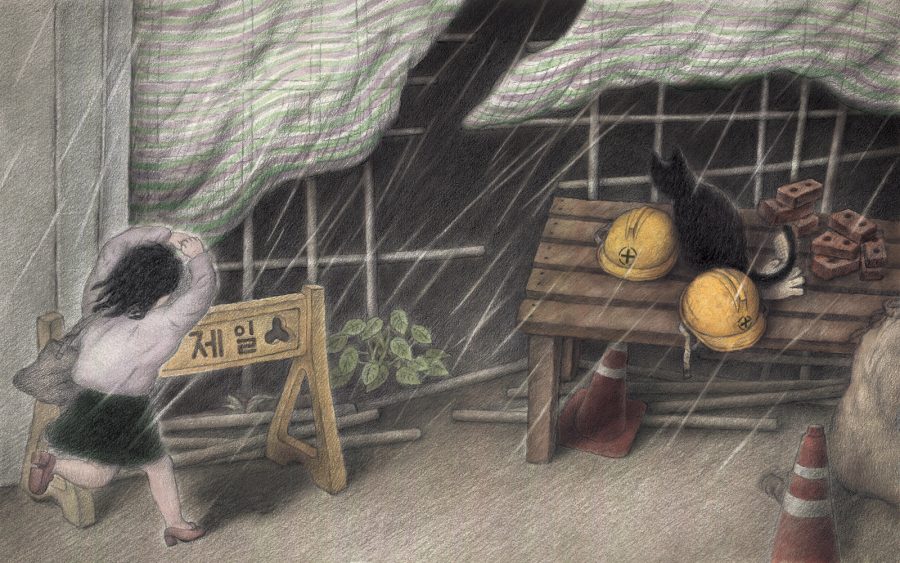 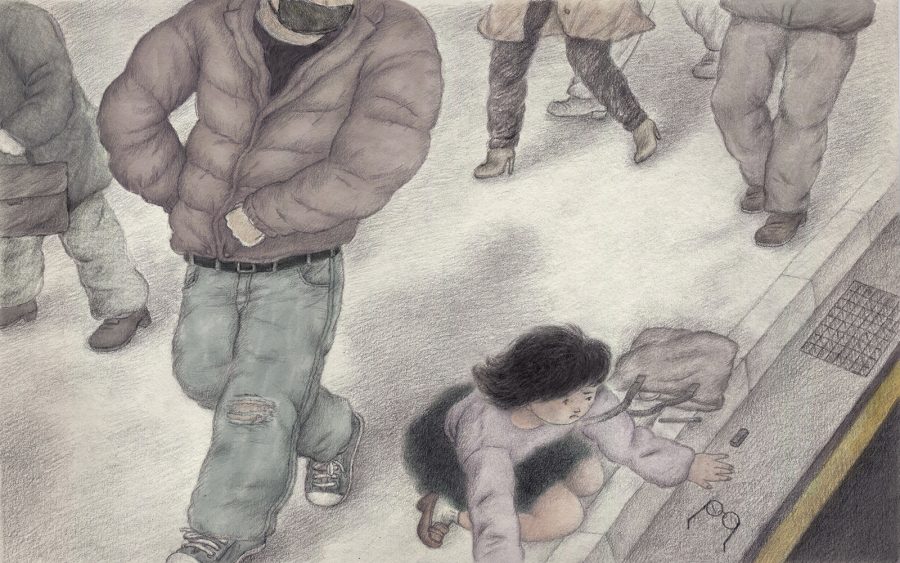 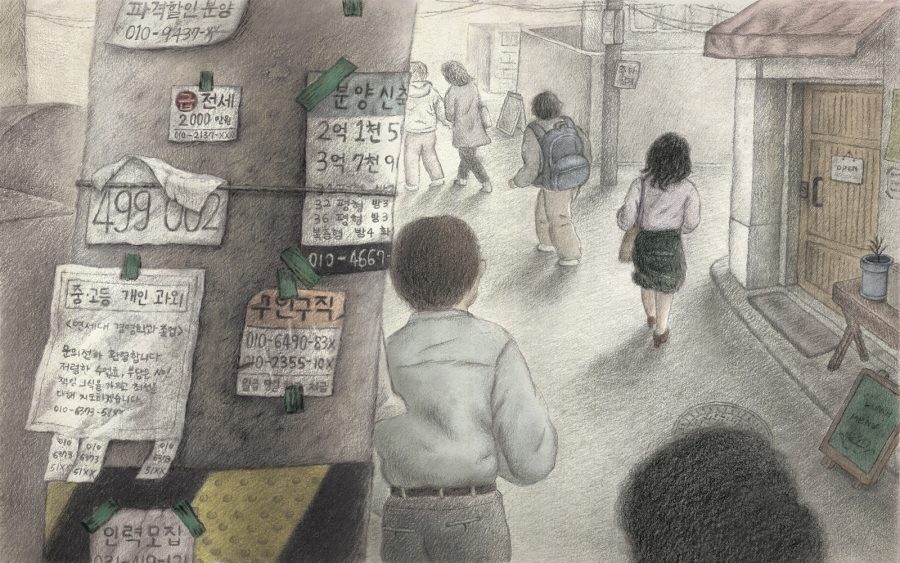 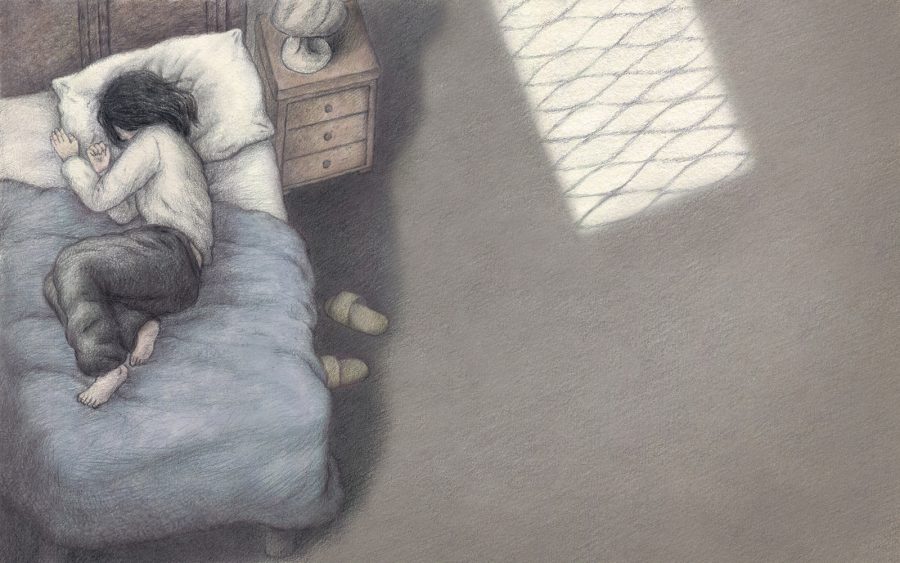