Aart-Jan Venema  is a Dutch illustrator working and living in The Hague, Netherlands. He likes adventures, exploration, books, futuristic science and obscure history, producing a growing portfolio of digital and handmade illustration. He loves to treat his spectators with lots of little details and stories to discover.

Every year Green Man Festival commissions an illustrator to take care of the illustrative identity of the festival.  The main part of the job is to illustrate the 10 areas at the festival. Apart from that there’s loads of other deliverables like tickets, wristbands, stack cups, parking cards and posters.

It was a job I had been looking at with a bit of jealousy, so I was really happy when they got in touch with me for the 2017 edition. They kind of picked me up at ‘Pick Me Up’ London last year, and now this project earns me this award, so it’s really nice to see how those things can snowball.

The over-arching theme is that of ‘discovery’. We want the illustrations to reflect the spirit of the festival and the inquisitive nature of the people attending the event. There should also be extra emphasis of the individual event areas as reference points for the illustration subject matter.

The illustrations should be an exploration of unique, weird and wonderful things. Imagery could have a historical reference or be more abstract or whimsical. It could be the imagined world and artefacts that lie beneath the Black mountains of Wales, or a fictitious parallel universe, or something different entirely.

The Illustrations should be humorous with dark undertones.

I’ve been looking into the work done by other illustrators for earlier years. I’m really impressed by the work my predecessors did, and it was fun to notice how other illustrators probably got a brief with some of the same restrictions, and how they handled it.

One of the interesting twists of the brief was that there should not be too many characters. To tackle this restriction, I figured I should give some more personality to the environments, plants and objects. A book of Ernst Haeckel was a huge help by coming up with lots of different interesting life-forms that were not human. They also supplied me with a big map of reference materials which was really helpful as well.

I sketched in pencil, but the final images are all done with a wacom in Photoshop.

I did Pencil sketches, and worked those up in Photoshop after 2 revisions.

At the start I planned to make the final images on procreate on my iPad pro, because that was my way of working digital at that point. The files needed where way too big for the layer restrictions in Procreate though, so I had to make a very quick switch to Wacom and Photoshop.

That my work can carry an Identity for a big festival. There’s also a certain amount of product/packaging design in the job, I’d love to carry on with that.  Also, how important it is to work as a team, and how important it is with a project at this scale that the collaborations are good, and the people at different parts in the chain know what the other parts are doing.

This job is actually still ongoing, but it’s not as intensive as it was at the start. I did most of the work in December 2016/January 2017. December especially is probably the busiest month of the year, and by then I had a few other jobs I couldn’t let slip, so it was really hard working in those months. I liked the job a lot though, so I was in this very good work flow for quite some time.

178, the amount of emails I got so far from Luke at Bread Collective, which shows a bit how intense this project has been.

There’s 10 main illustrations, based on the 10 areas for the festival.

This was one of the first times where I had so much time to focus on one job, and really take time to get into the world I was creating. I had lots of creative freedom and got constantly encouraged to take things further, and make stuff more weird. Very often it’s the opposite, that I’ve got to tone things a bit down, so that was nice for a change.

Stay at it, work hard for it, let people know you exist. You’re building a business, there’s lots more to it then just illustration.

I want to thank the people of Bread Collective, and Green Man for the trust they put in me, and the really good teamwork. 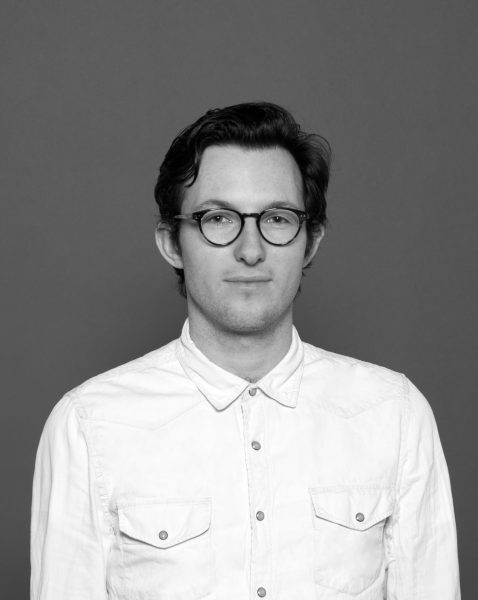 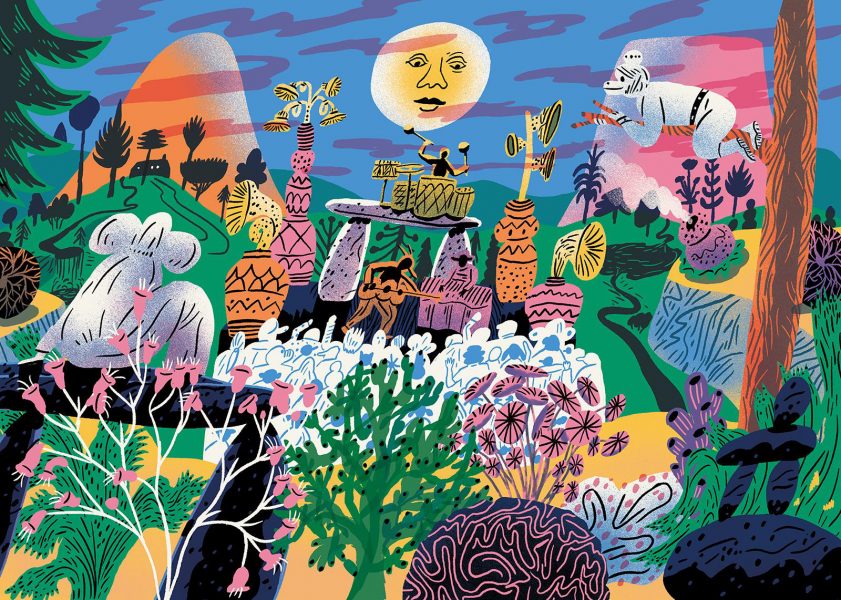 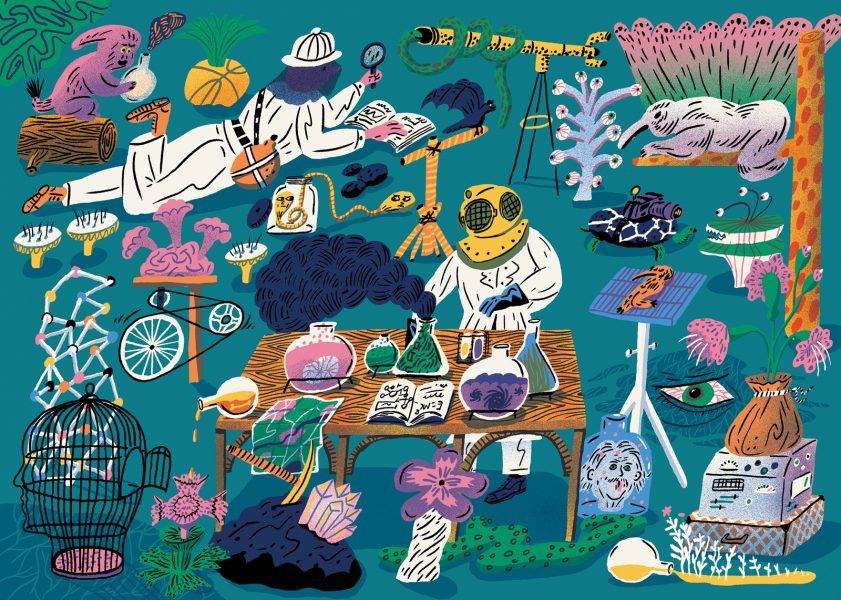 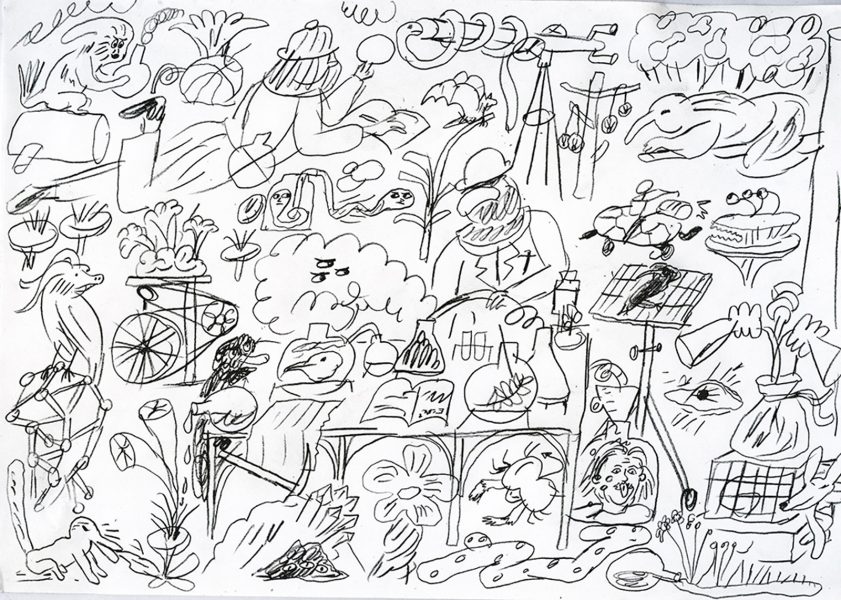 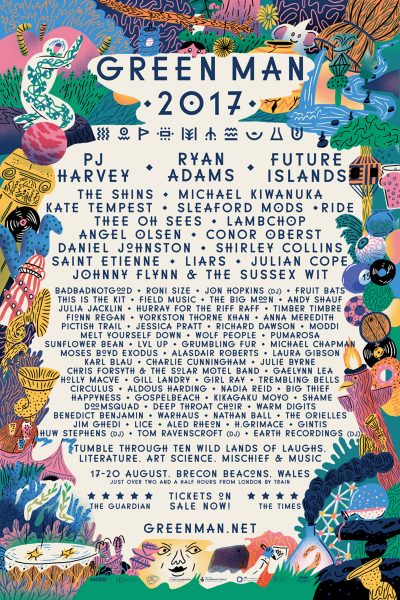 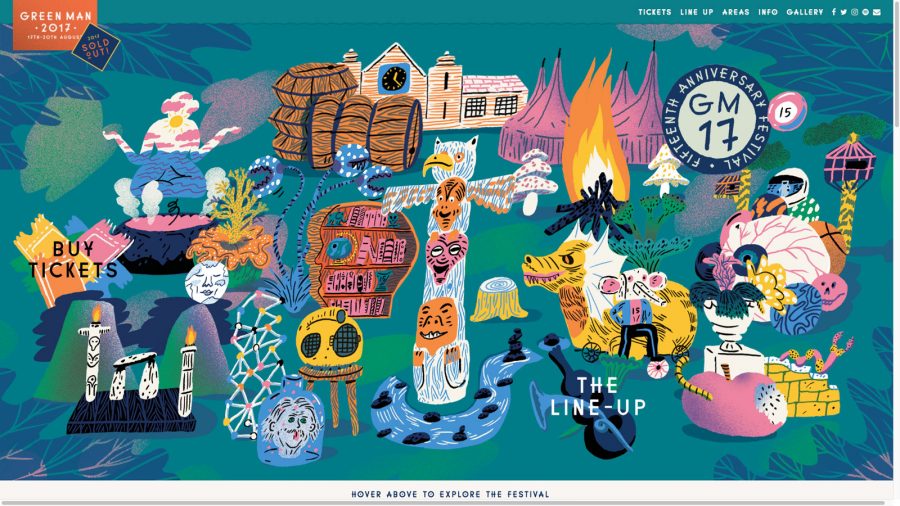