MATT HUYNH is a Vietnamese-Australian artist based in New York City. His comics and illustrations are informed by sumi-e painting and shodo calligraphy. His clients include the New York Times, Esquire, Rolling Stone, Lucky Peach and Adobe. Creative Sydney Festival named him one of Sydney’s most innovative cultural contributors for his graphic novel work. His work appears in the Museum of Modern Art’s collection and his comics have been presented on the Sydney Opera House stage.

40 years since the fall of Saigon, SBS Australia presents an interactive graphic novel adaptation of ‘The Boat’. Through the story of 16-year-old Mai, whose parents make the decision to send her alone on a boat, the project explores the political and historical narratives that shaped the global Vietnamese diaspora. The project unites illustration, animation, text, sound and archive to explore this history through storytelling that pushes the existing boundaries of the graphic novel form.

To adapt Nam Le's short story, The Boat, into an interactive comic merging animation, sound design and archival footage for the web.

The comic drew primarily from Nam Le's prose as source material, with archival reports, photography and footage for supplementary material.

This comic was thumbnailed in full in mock comic books before being edited and re-designed for a web display. The artwork was executed with traditional brush and ink and prepared digitally for web display and animation. The text is a font based on my handwriting. The visual assets were transformed by designer Matt Smith for motion and the online platform. Australian film sound designer Sam Petty contributed all aural elements.

Adapting the prose into a comic, and then a comic into an interactive display for the web demanded a delicate balance between honouring the source material and transforming it into a graphic work of its own merits. I was conscious of being both loyal and transcending both short fiction's source material as well as its history.

The democratic and accessible presentation of an ambitious web comic display opened up the work's audience across regions and interest groups. It's allowed the comic to have a long life span and find new audiences, from designers to social justice groups, journalists, comics fans and the literary community.

The team worked from across the side of the world over the course of a year, myself in NY and the rest of the team in Sydney. It meant flexible hours and phone calls. Being immersed in this kind of harrowing and personal story over such a prolonged period can be as intensely engaging as distancing.

I drew about 300 finished pieces for the comic. The project took one year.

This was a very rare and unique opportunity to innovate and surprise with both the content – a well known story and moment in history – as well the comics medium. The time, resources, support, team and reception to developing this ambitious interactive comic from scratch isn't like anything else I've seen for a comic, let alone a web comic. I hope the work allows a new perspective on the refugee narrative and lets people engage with today's asylum seeker issues anew. I also hope it encourages other creators and teams to wrestle with the challenges of displaying comics for the screen and reaching new audiences. 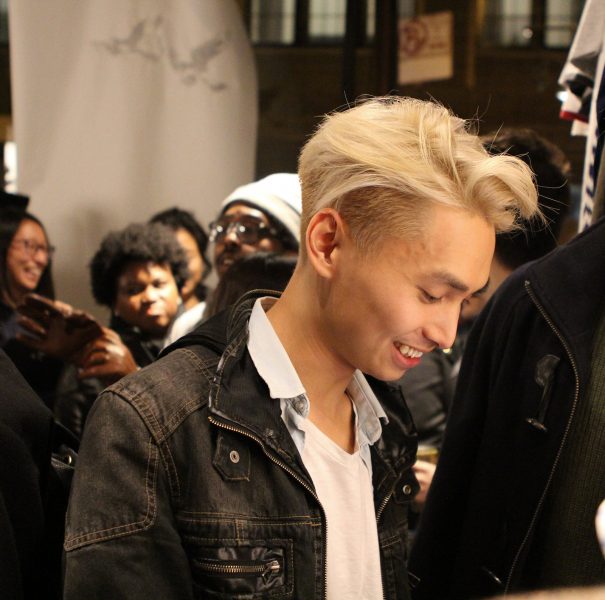