Jessica Bromley Bartram is an illustrator, designer, writer, and embroidery enthusiast. She has a BA hons in English from the University of Guelph and just finished a Bachelor’s degree in Graphic Design at the Ontario College of Art & Design. She was awarded the overall Medal for Graphic Design for her final thesis project, which also featured quite a bit of illustration.

About Entry
Sargasso initially began as a typographic stop-motion animated short, but the story I wrote for the film, which features a man falling desperately in love with a drowned woman, begged for more visual development. I listened to its pleas while deciding on a semester-long book illustration project at OCAD, and expanded the (very) short story into a small, seaweed-filled book.

Brief
The impetus for this project was wholly self-directed, as this series was created during a class called Sequential Illustration, which asked students to select/write, rough out, and completely illustrate a short book over the course of the semester. Our professor Blair Drawson provided much-needed guidance and enouragment during the book-birthing process, but left the nitty-gritty of the creative process up to us.

Materials
Watercolour and gouache, with occasional applications of graphite and pencil crayon.

Research
The bulk of the research I completed for this project was visual, particularly when it came to the human forms throughout. My partner modelled for many of the poses required during the sketch phase, and this lead to the main character looking quite a bit like him (which was awkward, considering the story’s morbid conclusion). Besides the human element, I spent quite a lot of time staring at photos of coral and seaweed so as to populate my undersea scenes with as much biodiversity as possible.

Process
I’d written the story on which the illustrations are based more than a year before beginning the project, which had allowed my ideas to percolate thoroughly. Upon beginning to sketch, I found that the world of the book was already there, just waiting to be brought to life.

Resistances
My only near-hobble during the process was the fact I had to complete the last seven (of fourteen) illustrations in less than a week due to deadlines in other classes. Painting the last few spreads of seaweed nearly did me in, but I persevered and got the book finished on time!

Insight
Painting seaweed, while weirdly soothing, becomes a chore somewhere around the millionth brushstroke of the night.

Distractions
My final Graphic Design thesis project, which was also in feverish development at the time I completed this book.

Afterwords
My next story (being written right now) is also set under the ocean. It’s possible that I’m addicted to painting painstakingly detailed undersea scenery. 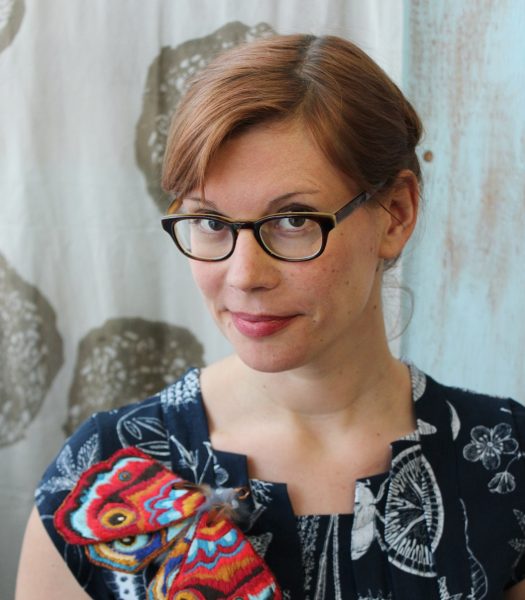 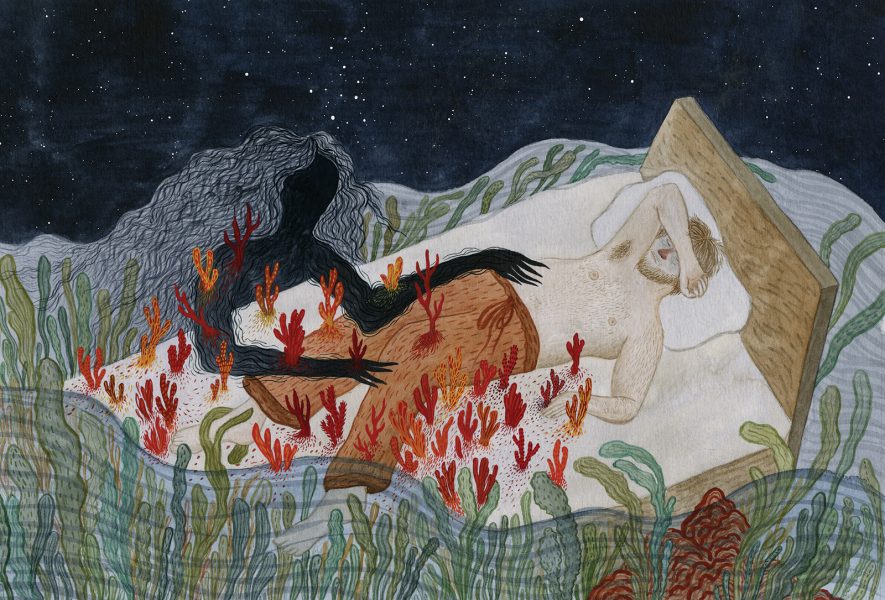 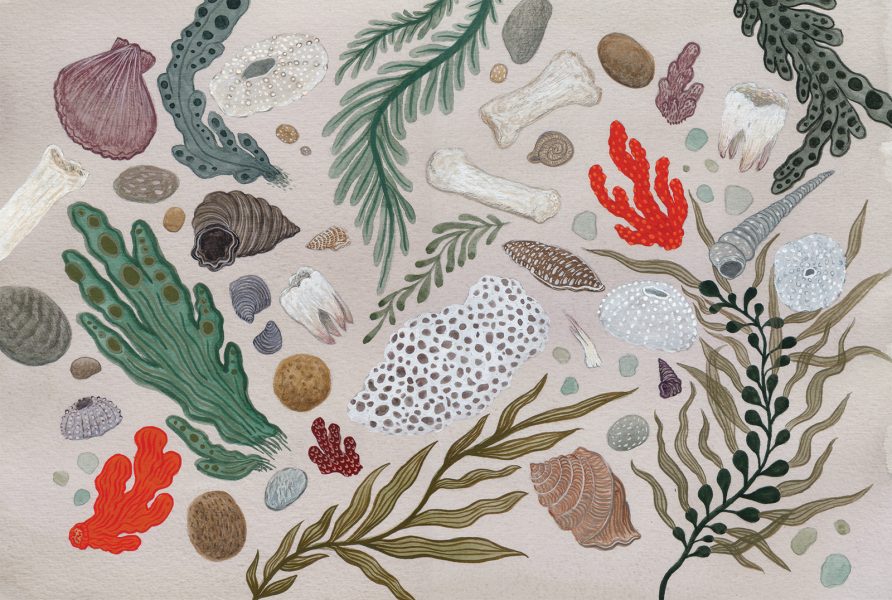