Born in 1987 in Aachen, close to the Dutch and Belgium border, drawing has been a passion of Ankat’s since an early age, and continues to be to this day. In 2014 she finished her MA in Scientific Illustration at the ABKM Maastricht after achieving her BA in Illustration in the summer of 2011.

About Entry
Scientists at the Giessen University have (in cooperation with the Loro Parque Fundación) succeeded in developing a new method of semen collection. This enables artificial insemination in a wide variety of birds, many of them threatened by extinction. Because of my ornithological interests, the species conservation programme felt like the perfect subject for my final assignment and I was happy to produce the illustrations for the research group.

Brief
The brief by my tutor and commissioner was to create a book with 40 pages mostly filled with anatomical illustrations connected to the artificial insemination of birds. Two different species had to be chosen, one to represent the parrot species, one the falcon species. To show were the urogenital systems of the species, female and male in their different stages of activity isolated and to show the active state of these organs in-vivo. Furthermore, I had to illustrate an insemination manual for the new technique developed by Prof. Dr. Michael Lierz and his team from the University Giessen.

Research
Since the specific colour and markings of the birds are very important, these birds should, if possible, be observed personally by the illustrator. So I visited a parrot breeder, the Avifauna Birdpark and the Hellenthal Bird of Prey Centre. As a preparation for the anatomical illustrations I dissected 20 birds. Furthermore, I received a lot of graphic material from the Giessen clinic for birds, reptiles, amphibians and fish such as endoscopic pictures, photographs of dissections and X-rays. In addition, I was able to examine the anatomy of the bird skeletons at Naturalis, the national museum of natural history, in Leiden.

I sketched different parts of the skeletons on different layers of chalk paper before I started with the digital execution of the illustration.

Insight
First: Most birds are very tiny without their feathers. Second: Birds really do look like tiny dinosaurs.

Distractions
Moving while starting such a big project is probably not the best idea. Everything was in boxes and nothing was where I looked for it.

Afterwords
The worst frustration is often accompanied by the most significant learning progress, because frustration is just caused by the brain working hard to understand and improve on something difficult for it to learn. 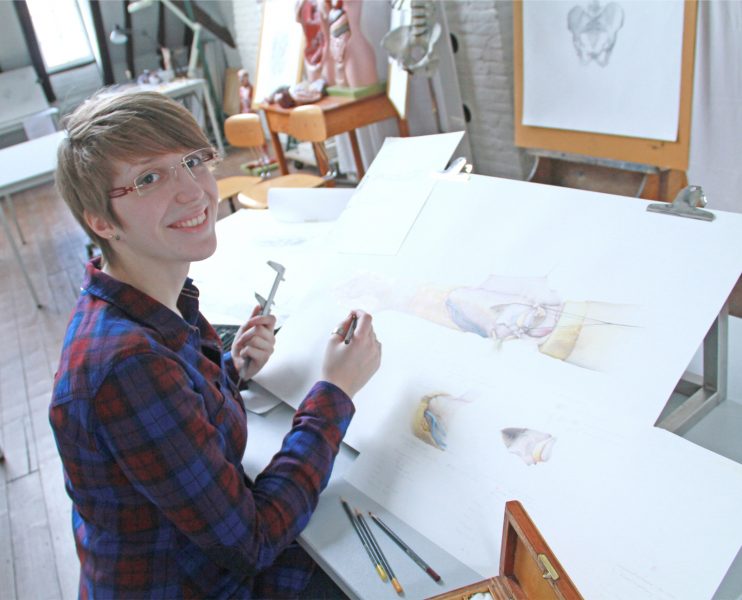 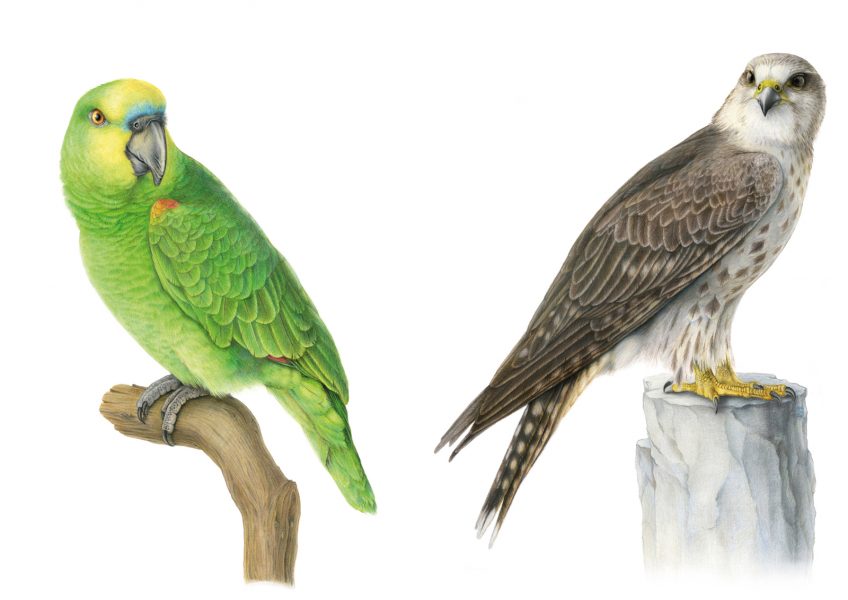 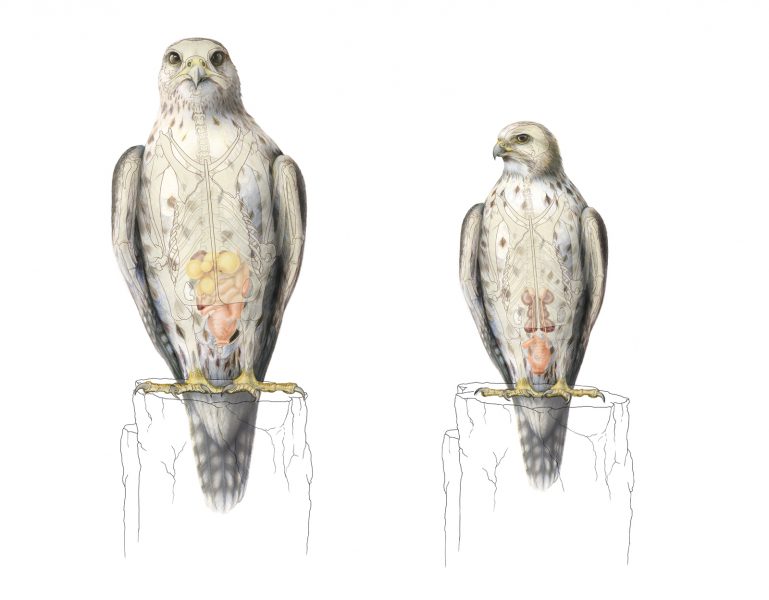 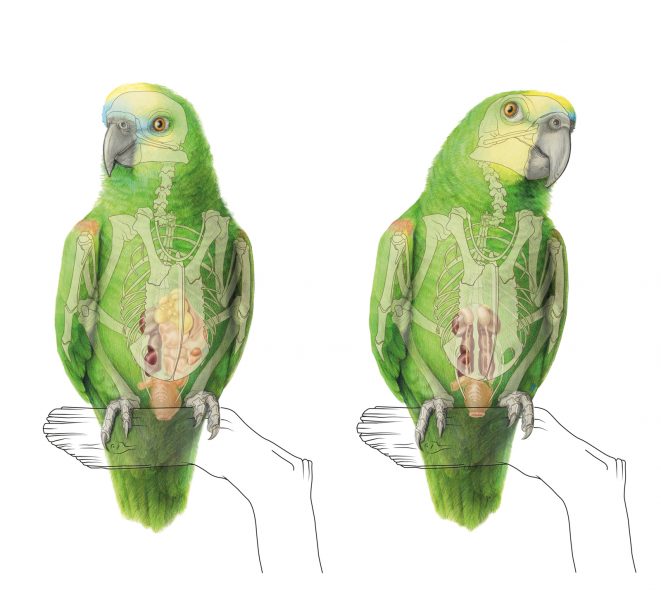