Thoka is an Illustrator and graduated in May 2014 from the University of the Arts, Berlin. Her portfolio includes printed and animated illustration, with plans to evolve more within the latter and explore its future possibilities. Thoka is currently based in Berlin, though gazing towards New York to continue life and work over there.

“It’s no biggie” is an ongoing series of pithy, ironic, pencil drawn, and digitally­ coloured animated GIFs. Each depicts moments that are all too familiar and perhaps even nostalgic to us, whether of misfortune, annoyance, joy or pleasure. As looped GIFs at that, each narrative is never ending, yet changes over time, continuously relying on the viewer’s own experiences.

“Over the past few years, seeing my work travel around the internet and entertain people has always given me renewed pride and confidence in what I do; but winning the award has taken that to completely new levels. It’s a door which opens out onto so many new paths.”

BRIEF: Illustrate entertaining snapshots of some of life’s quotidian and seemingly unending ironies, as pithily as possible. Make the content intelligible or interpretable to a wide range of audiences. Stay within the temporal and spatial limitations of a GIF, using perfect loops and the aesthetics of a flickering, hand drawn animation.

MATERIALS: The frames are drawn with pencil and colourised digitally afterwards. To start their life as an animated GIF, depending on the animation of course, I work with the usual suspects, After Effects and Photoshop.

RESEARCH: The project basically started as a quick creative and technical exercise. So I didn’t do much research in advance ­ every GIF was simply a reaction to people showing, a short and trenchant expression.  But in general, I work very intuitively and prefer to create first and build a solid theoretical house around it later. And now I've recently graduated I’m very much looking forward to diving deeper into the philosophy and the art of GIF and GIF making.

PROCESS: Always when sufficient time and a nice idea collide, I make a new GIF. To accurately draw the movements of the characters, I’ll act it out in front of my laptop camera and analyze it frame by frame. With the help of a very minimalistic storyboard, I then draw the frames. I also piece parts together with Photoshop if this makes the process more efficient. Eventually I add the digitally colourised frames with the help of Photoshop and After Effects.

RESISTANCES: Firstly, I’m a self­taught animator. So I'm constantly learning, mostly by trial and error. But this is undoubtedly the method of learning that I prefer most. Secondly, sometimes there’s just not quite enough RAM.

INSIGHT: Apart from “it’s no biggie”, I rarely draw a human figure into my illustrations. A face, a body, gestures and mannerisms, all independently and in combination tell a story of their own. They also open a vast spectrum of emotional connection for the beholder, which I often find rather distracting if the focus is not primarily on narrating through a character. Besides the formal limitations of a GIF, this is probably one of the major reasons why my GIFs are so minimalistic and confined to elements of character. Even though the animations loop in very short intervals, a story can evolve, only by connecting with the character and its succinct actions.

DISTRACTIONS: Too many ideas flying in. I recurringly experience an anxiety that my life is going to end before I'm done with it. This results in an unachievable desire to do and think of everything immediately, which means I end up doing everything to half an extent or not at all. I also shouldn’t understate the vast number of exciting and interesting winding paths on the internet that I apparently have to follow sometimes.

NUMBERS: The most beautiful illustration of our world. But concerning my project, the numbers I deal with most frequently are the number of frames in an animation. Until recently, Tumblr upload was quite… fussy with GIFs. So I often had to reduce the number of frames, delete a whole sequence, or decrease the amount of colors to a minimum bearable amount.

AFTERWORDS: My illustrations have been on screens in places I will never see, they've glanced into faces I'll never meet, they were talked about in languages I cannot speak. This modern day ability to communicate over such distances ­ it will probably never stop fascinating me. 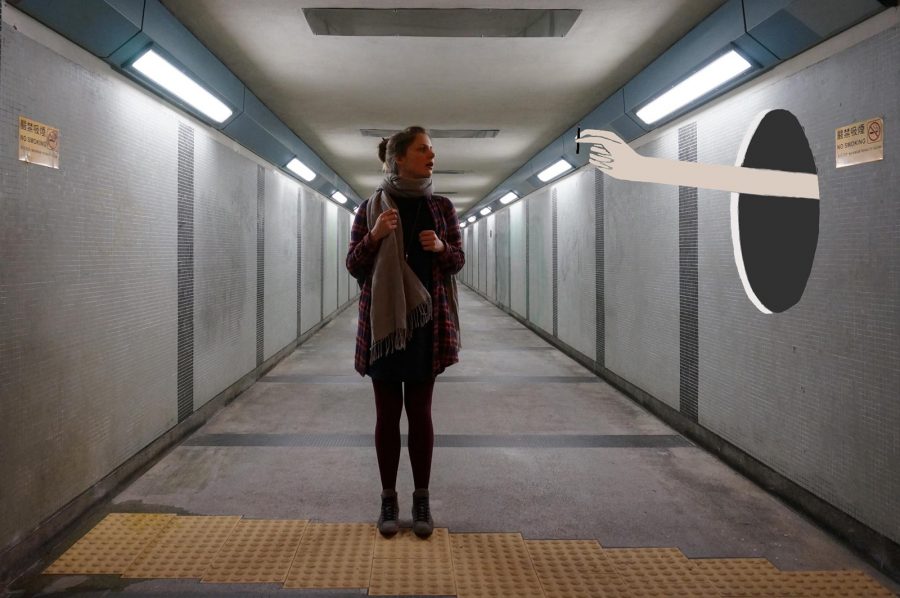