Ceri is an Architecture graduate from the Royal College of Art. Morphopolis is a creative collaboration between Ceri and Dan Walters. Dan and Ceri met at the Welsh School of Architecture. After qualifying as an architect, Dan pursued a different profession choosing to become a games developer and subsequently approached Ceri to illustrate the fantastical, multi –platform ‘hidden object’ game that is Morphopolis.

Ceri is based in London in the UK and you can see more of his work at mcro.org

Morphopolis uses illustration to appeal to players beyond the traditional computer game audience. As the game progresses, the player has an opportunity to explore more of the unusual organic environment.

The judges thought that this project was inventive, well-executed and used a highly engaging and original visual language to depict a detailed environment that the viewer could explore and lose themselves in. The animation and its pacing worked in harmony with the imagery.

The following is an excerpt from an interview with Ceri featured in the awards issue of Varoom magazine.

BRIEF: We wanted to produce an illustrated computer game that appeals to a broad audience and attracts those who may not previously have been interested in games. The art-style of the game needed to be striking with a hand-drawn quality whilst being suitable for animation and integration with the software programming. We wanted to create a lush and intricate landscape that appeals to the inquisitive.

MATERIALS: Drawings were made in pen on tracing paper, and ink-wash textures on cartridge paper were created – techniques familiar to me having recently finished an architecture Masters degree at the Royal College of Art. The finished compositions were turned into digital files and imported into software built especially for Morphopolis by the games co-creator Dan Walters. This programme allowed us to animate the illustrations and create the finished game which is available for laptops, PCs, tablet and mobile devices.

RESEARCH: The game was inspired by existing computer games Machinarium and Tiny Bang Story which both have distinctive hand drawn artwork. I watched the ‘Insects’ episode of David Attenborough's Life series to help inspire various parts of the scenery as well as taking close up photographs of plants to investigate the composition and macro perspective of the scenes. When working on the colouring process I looked at the tones and lighting effects in illustrations by Maxfield Parrish as well as being inspired by 1970s posters and graphics.

PROCESS: All scenes were sketched out at full scale before individual components were traced by hand in pen and scanned to make high-resolution digital files. Sheets of ink-washes were produced and also scanned before digital compositions were made with colour and ink textures overlaid in Photoshop. After this the scenes were broken down into foreground, mid-ground and background layers and imported into the game editing software. Animated characters where composed from individual pieces and sequences were programmed to be activated during gameplay.

RESISTANCES: Initially it was tricky to turn the hand drawings in digital texture files and we tested a number of processes before finding the method that was suitable and efficient to produce the large quantity of scenery and character components needed. The artwork went through a number of iterations before a style was selected that suited the kind of game experience that Morphopolis is trying to create.

INSIGHT: Gaining an insight in the computer games industry has been really interesting and has uncovered a whole new creative discipline that I was not really aware existed but which has a massive global audience. Having never worked on any project like this before it was fascinating to discover how 2D illustrations can become interactive and be given an effective spatial quality through computer programming.

DISTRACTIONS: While working on the game I continued to work full time on a number of freelance architectural and design projects. Balancing the workload and ensuring enough time was given to the game was tricky. As an independent and self-funded project it has also been important to work on promoting the game and preparing for sales and distribution alongside the development. 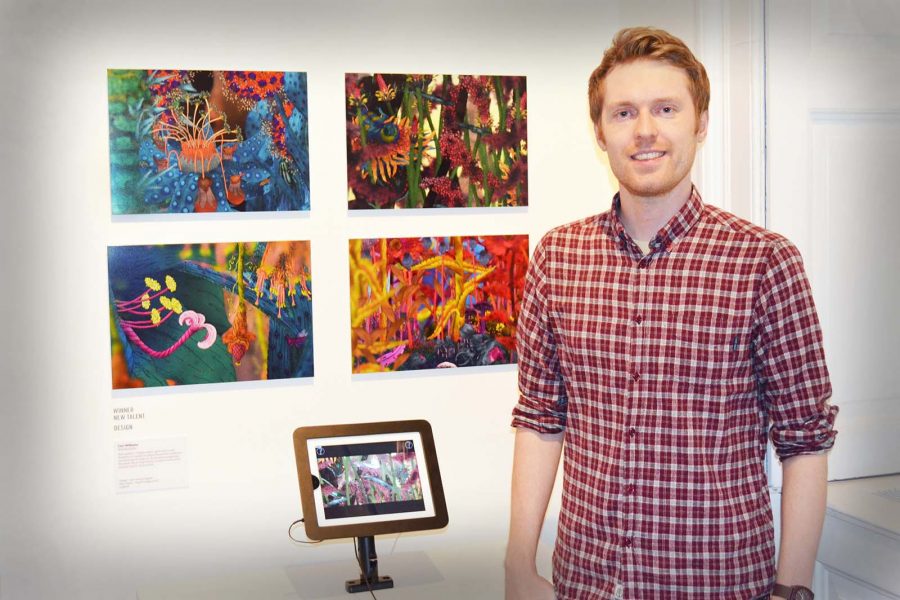 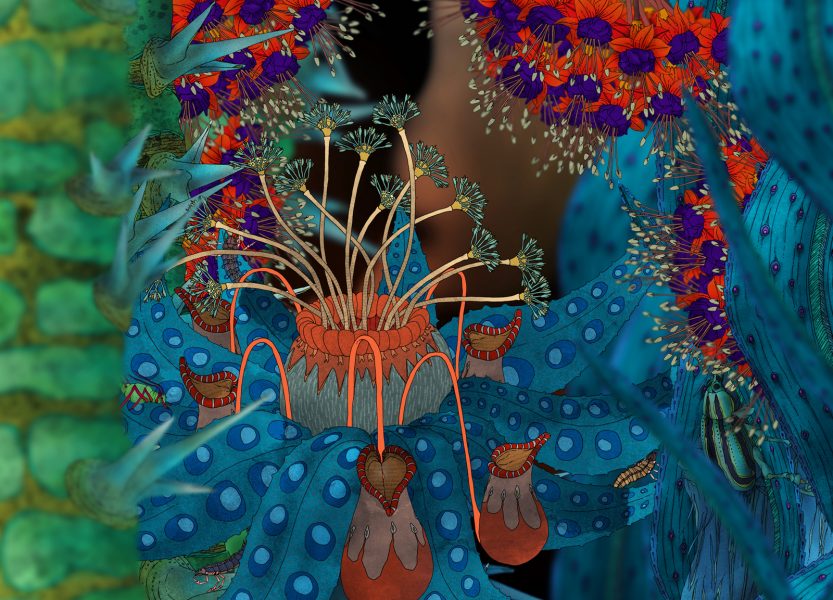 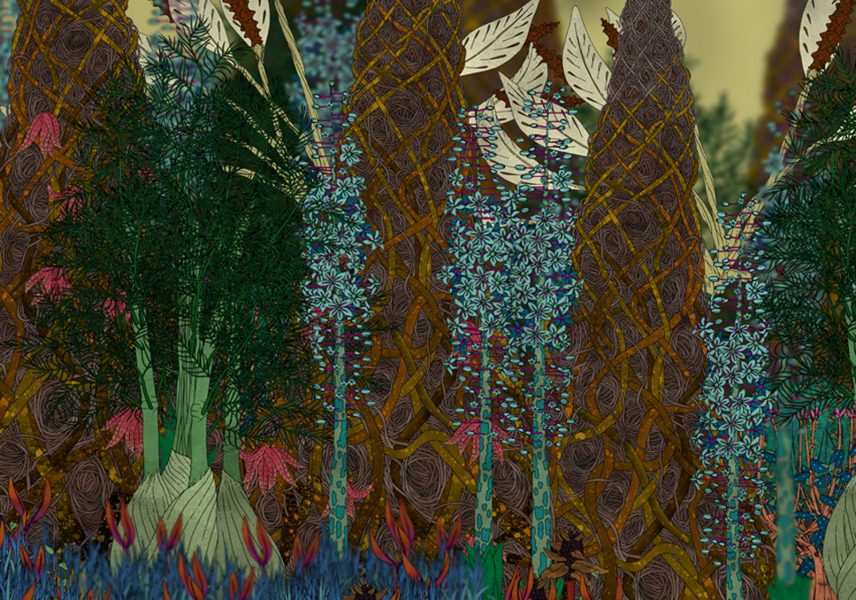 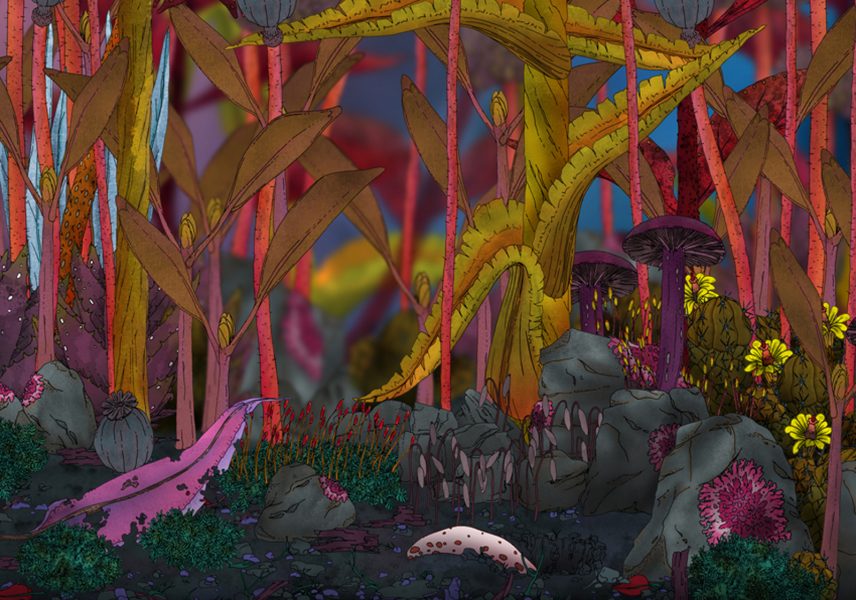 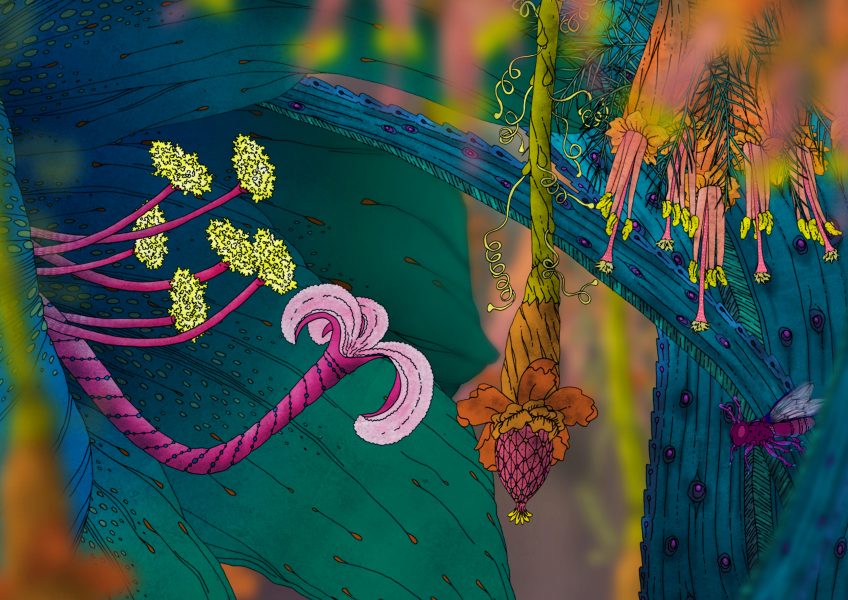