Barry has been working as an illustrator since 1993, originally specialising in wildlife subjects in traditional media. He now works almost entirely using digital media in 2D and 3D and illustrates a wider range of scientific, technical and historical subjects.

Hadrian’s Wall was commissioned by the Vindolanda Museum in Northumberland to illustrate the Roman invasion and occupation of the north of England and subsequent construction of Hadrian’s Wall. The image would be installed as a frieze in a permanent exhibition at the Roman Army Museum sited on Hadrian’s Wall.

“Winning the award has proved invaluable as an introductory device when contacting potential clients”.

BRIEF: The image was to illustrate the sequence of events from invasion by Roman troops and armed conflict with the native Britons as well as survey and engineering work on the wall and needed to accurately depict uniforms, weapons and tools. The style of the illustration was to mimic Roman relief carvings, particularly those found on Trajan’s Column in Rome.

MATERIALS: The illustration was accomplished using a variety of 2D and 3D software principally Modo by The Foundry, and Adobe Photoshop.

RESISTANCES: The biggest hurdles in creating this artwork was the complexity of the scene would prove too much for my computer comprised, as it was, of many figures, plus animals, weapons, building and landscape features and also the size that the image would need to be. My solution was to model each element of the illustration separately and create a depth map for each element. Those maps were assembled using Photoshop into 3 displacement maps, which could each be used to generate one third of the final image. Those three sections would then be assembled in Photoshop to create the final frieze.

INSIGHT: Working through those times when nothing seems to be working can often lead to the most creative solutions, which may lead to unexpected and particularly rewarding results.

DISTRACTIONS: This commission took place over Christmas and was achieved within a very tight deadline, which meant very little time off for celebrating. The temptation of food and drink and the company of my family were particularly hard to resist during the festive period!

NUMBERS: The final frieze was 12 metres long and 2.5 metres high. The artwork consisted of 71 human figures, 3 horses, 2 dogs, 2 pigs, a donkey and a sheep!

FINAL THOUGHTS: This commission was the biggest challenge that I have ever undertaken and there were times that I doubted I could complete it successfully. Having worked through those doubts and solved the problems associated with the scale of the image I have gained confidence and a tremendous amount of satisfaction as well as learning a great deal more about both my craft and the history of this country. 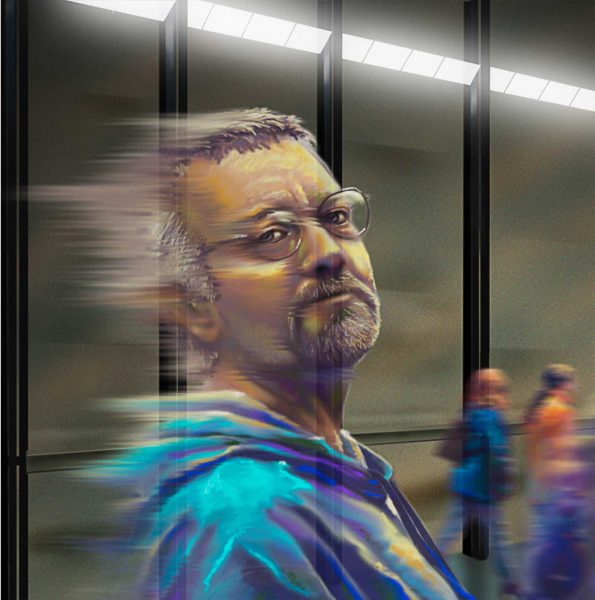