Since graduating with an Mdes from Edinburgh College of Art in 2008, Caroline made her first forays into book publishing and has taken part in exhibitions in Britain, Cyprus and Germany. She has also worked with a range of local publishers who have supported her love of experimenting with collage, geometrical forms, bold colours and the white space of book pages.

Helianthus was part of a poetry book commissioned by Knucker Press. Jane McKie wrote a sequence of poems about the subject of dance, to which Caroline responded with one image each. Emphasis was given on how the dancing figures could tell and act out their story through body movements and costumes on a white ìstageî, i.e. the white page of the book.

“Both the book Jumping Off Points and this image received positive responses and led to several commissions by card publishers. It was also shown in a range of further exhibitions across the UK. To my surprise, I recently found out that the National Library of Australia holds a copy of the book!”

BRIEF: Illustrate a set of poems by the writer Jane McKie for a poetry collection called Jumping Off Points on the subject of dance. Emphasis was given on how the dancing figures could tell and act out their story through body movements and costumes on a white “stage”, i.e. the white page of the book.

MATERIALS: Different kinds of paper from my huge collection of collage material, all placed onto thick watercolour paper.

RESEARCH: I had a lot of inspiring conversations with the poet about the subject and also read a lot about dance in addition to the poems, to be able to perceive and approach them from as many angles as I could. Watching recordings from famous dance performances such as Le Train Bleu was also very helpful.

RESISTANCES: This was a very enjoyable project and the only difficulty I had was to choose the best option for each image. Poetry – and dance – can be interpreted in many different ways and I had far more ideas than I was able to incorporate. I also had to make sure to keep the figures “moving” once I had decided how I wanted to place and fix them onto the pages.

INSIGHT: For my approach to image making, the whole project was a step closer to getting rid of all additional background elements, to focus on the figures and how they could act out the content of the image, through body movements, costumes and the collage material being used.

DISTRACTIONS: At that time I had the luxury of having a studio outside my flat where I could escape to and fully focus on the collages every day. But of course the real world always comes back in and the biggest distraction I had was a nasty virus and a complete collapse of my computer halfway through the project. At least this was a good way of learning not to panic (too much) in tough situations like these.

NUMBERS: I did not count how many collages I started, half-finished, finished, finished and cut into pieces and put back together in a different way – in the end I had far more material than what could be used in the book and I had the difficult task of choosing the 16 best images for the final sequence.

FINAL THOUGHTS: Bringing dancing figures alive through collage worked really well – it is a fast and playful medium and kept the dancers moving on the pages. 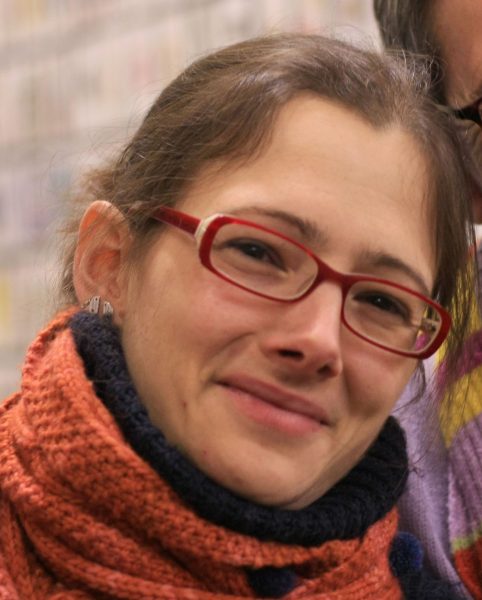 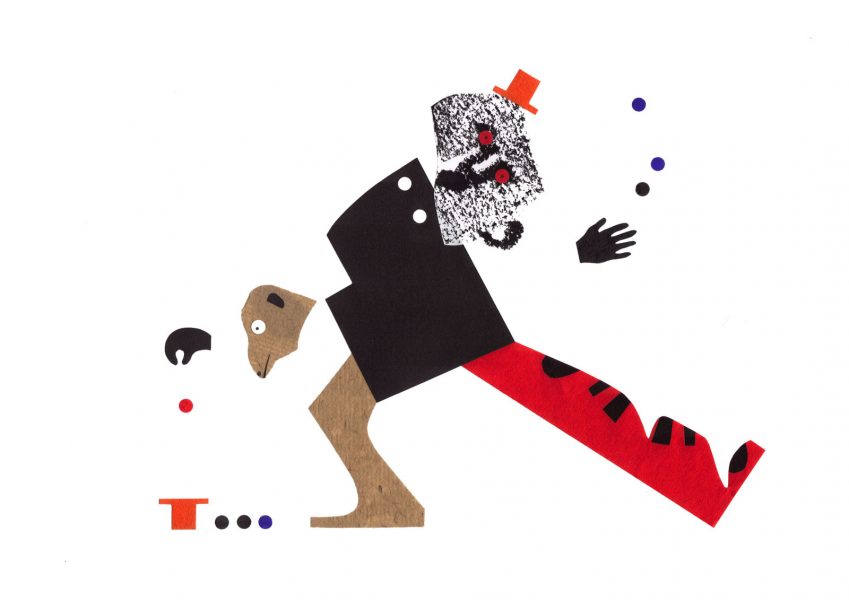 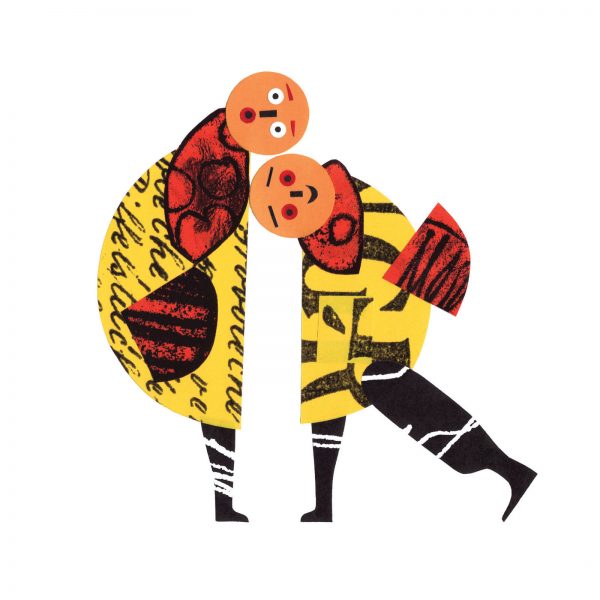