After graduating from Leeds University in 1996 with a BA Hons in Illustration, Stuart embarked on his career as an illustrator. Stuart has been illustrating professionally since the mid nineties. During this time, he has completed a broad range of commissions for books, editorial, advertising and annual reports.

Tightrope was a self-promotional piece of work that Stuart was initially building for his stock portfolio. “The illustration was inspired by an article I had read on how journalists and writers can expose themselves to great risks in the public domain when expressing, in some cases, quite moderate freedoms of speech.”

“Winning this Award on a personal level has genuinely been a true honour. It has attracted lots of new clients in the U.K. and overseas and has elevated my career as an illustrator.”

BRIEF: The potential risks for writers and journalists in contemporary society.

MATERIALS: Acrylic / (Digitally touched up) Lots of working sketches in Ink and pencil

RESEARCH: I wanted this piece to have atmosphere and to have a strong sense of stillness, silence and concentration. I looked at lots of pictures of poised and focused tightrope walkers.

PROCESS: The process started with me brainstorming and recording ideas with lots of thumbnail sketches. Mainly based around the idea that journalists/writers were using their own tools against themselves and how the traditional fountain pen could be perceived as threatening and menacing weapon. This combined with the idea of a tightrope allowed me to illustrate the character walking carefully and cautiously. The shadows of the multiple tightropes formed lines, which looked like the lines on a journalists/writers notepad. At one stage I had handwriting on the notepad/wall, but it felt overstated so decided to let it go.

RESISTANCES: I had several ideas that all seemed to work fairly well. It was very difficult for me to decide which one was the strongest.

INSIGHT: Usually when I am satisfied I have a strong enough idea I immediately work it up into the final illustration. With this piece I kept working with the idea.

FINAL THOUGHT: This particular illustration was a very enjoyable piece of creativity for me, to win an AOI award with this piece is truly flattering. Thank you so much to the judges of this category: Sarah Coleman, Angus Hyland, Matt Small and the AOI team. 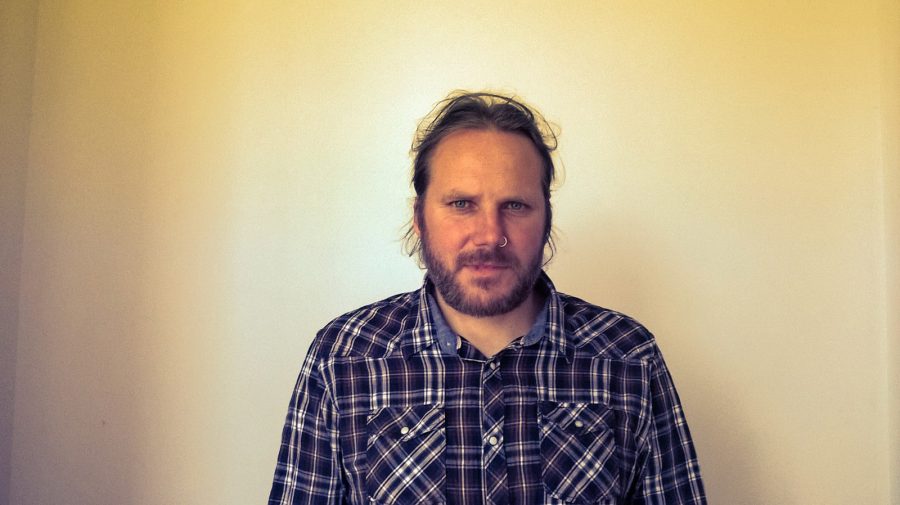 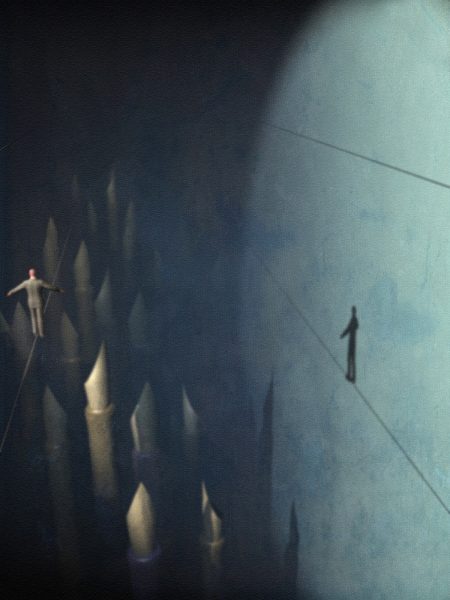