He has illustrated widely for children's books and editorial, directed animation for commercials and TV as well as his own animated films. He is represented by Arena Illustration & Picasso Pictures for animation.

”Winning awards like these is always very flattering, especially to be recognised by your peers. It's also invaluable publicity & means more people get to see your work, which is always a good thing.”

BRIEF: None, I wanted to make a film with flying saucers, ghouls & giant rabbits as quickly as possible.

RESEARCH: Staying up too late watching '50s B-movies as a teenager.

PROCESS: Very organic, there was very little script so was more an exercise in tone/visuals and atmosphere.

RESISTANCES: The temptation to overwork the concept. I'd just finished a film that had taken a year (and a lot of heartache) to finish – I wanted this to be a 'palate cleanser' so I made it very quickly and attempted not to over think anything to keep it fresh.

INSIGHT: 'Quick and dirty' is often good. It helped me re-engage with the idea that filmmaking could be fun and not arduous.

DISTRACTIONS: My own inner voice urging me to over complicate things.

NUMBERS: Plan 9 From Outer Space was a key influence (check the visible wires on the flying saucers).

FINAL THOUGHTS: It makes me laugh still. I know I had fun making it and that's always a good thing. 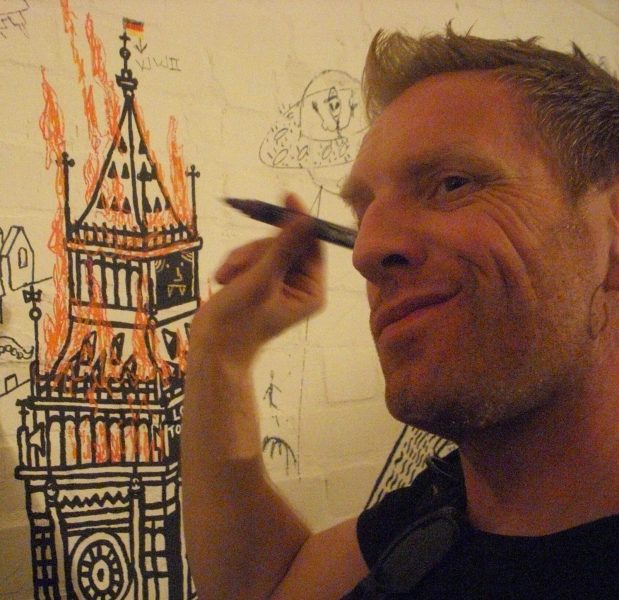 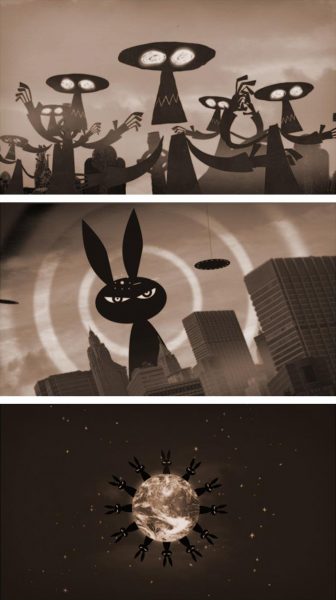