Richard is a restless aesthete, painter and jobbing illustrator. He lives in England.

Richard’s illustration has appeared in many newspapers, magazines and books around the world. Notable clients include the New York Times, The Wall St Journal The Washington Post, The New Yorker, The Times, Guardian, Telegraph, Independent, The Folio Society and HarperCollins.

The image was for an editorial brief and produced from a worked-up sketchbook image.

“Winning the AOI Images awards was, undoubtedly, satisfying recognition for time spent whittling away in isolation. Without courting disaster or resentment, plaudits, brickbats or the indifference of the cosmos are best taken with a stoic equanimity. Zen pronouncements aside, gongs are always gratefully received.”

BRIEF: This editorial image was, perhaps heavy on the narrative employing background detail for a satiric pay-off. The style owes a lot to gag cartoons and European comics.

RESEARCH: I may have used Google images to check if my bin lorries (garbage trucks) resembled the real thing but most elements used no reference. I doodled and tweaked.

PROCESS: I think the materials answer above probably covers this. I may have sent a few different ideas in thumbnail form and the refuse image was approved.

RESISTANCES: The art direction was, as far as I remember, a breeze. 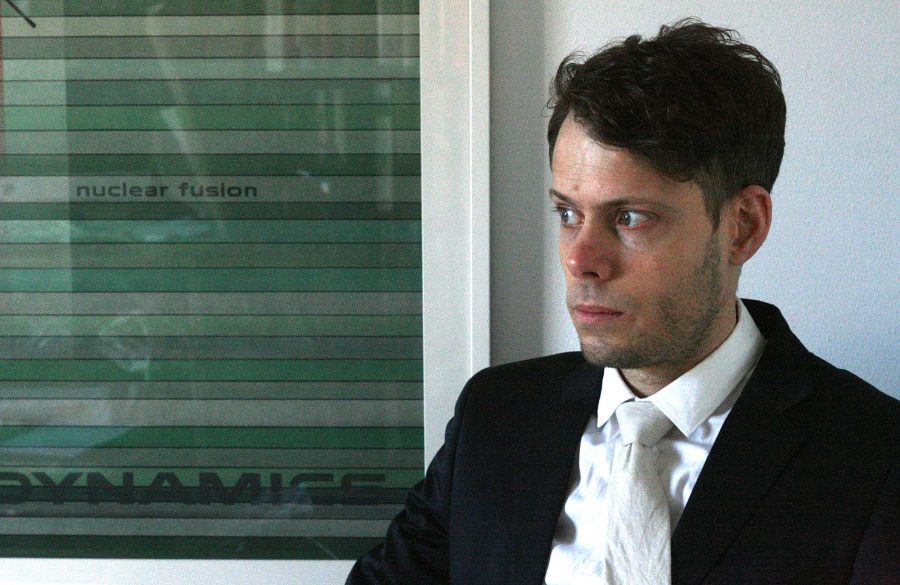 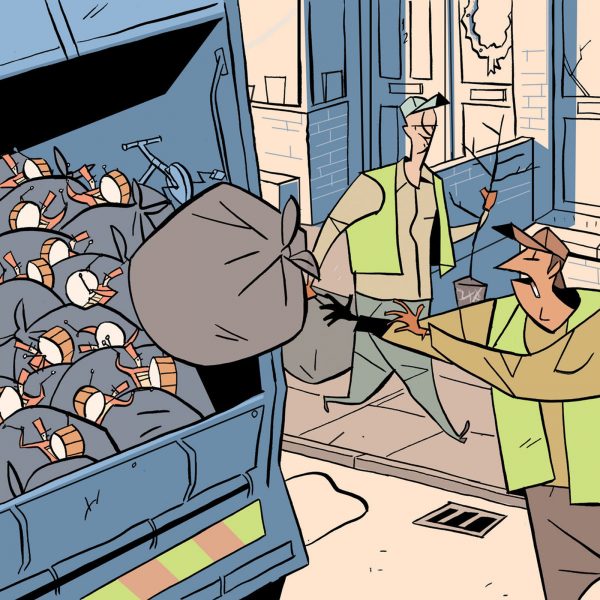