After studying at Brighton Kevin has since enjoyed working with many varied clients. No project is too big or small and he relishes the challenge of a stimulating commission. As well as family and work, there are many things that make him smile – old Volkswagens, cacti, giant bugs, tin toys, space ephemera, snorkelling, cycling, running, movies, sea critters, designer vinyl, and of course – coffee.

The work was commissioned by Money Observer Magazine, where the article discusses the importance of regularly checking the performance of pension plans.

“In this profession there is no greater endorsement than having work chosen to be included in the Association of Illustrators Awards, where the accolade stimulates new interest and wider recognition of an artists work.”

BRIEF: Create an illustration to explore the performance of pension plans; to make sure the very best investment return is achieved. I was given complete freedom to interpret the subject however I wanted. After drawing out a few sketches the idea of a funfair strength game evolved as the strongest, only after several other concepts were explored and rejected.

RESEARCH: As the deadline was rather tight, there was simply no time to be able to visit a funfair and obtain first hand reference, so I scoured the internet and my bookshelves for inspiration. All of the specific themes referenced and featured in the image were included in the article text.

PROCESS: Initial concept development worked out in a sketchbook – every single idea however good or bad that comes to mind is always drawn, as there is always potential for idea cross pollination at a later date. Once a concept shows potential the sketching out of the composition begins. Numerous drawings are made and refined until I feel the idea can be presented to the client. Once approved, work can begin on the Mac. Along with scanned paint textures, Adobe Illustrator and Photoshop are used to create the finished image.

RESISTANCES: The hardest part is always working out the concept, so lots of frantic sketchbook brainstorm scribbling is often interspersed with coffee drinking, studio pacing, and staring into space. Eventually something clicks and the green light bulb glows, allowing the creative process to move forward.

INSIGHT: Having only recently made the switch to working fully digitally, my Mac skills were not exactly flowing out of my finger tips, which meant I was having to problem solve the rendering of the image as I went along. Balancing the use of hand crafted elements with digital rendering proved an interesting challenge with the deadline looming – fun on a tight schedule and I remember it being a late nighter.

FINAL THOUGHTS: The idea for the image worked very well and transferred successfully to a finished illustration – a happy client equals a happy illustrator. Given that this image was one of my first forays into rendering artwork digitally I was very relieved that it came out as well as it did. Unfamiliarity when initially working on the computer was often a game of Russian Roulette as my underpowered, over stressed fish bowl iMac coughed its way to the deadline. I soon worked out a more efficient working process! 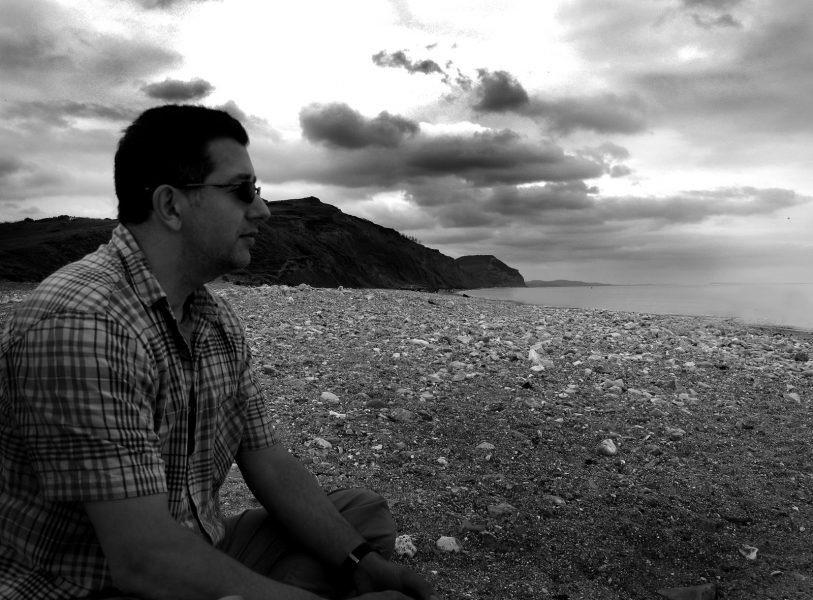 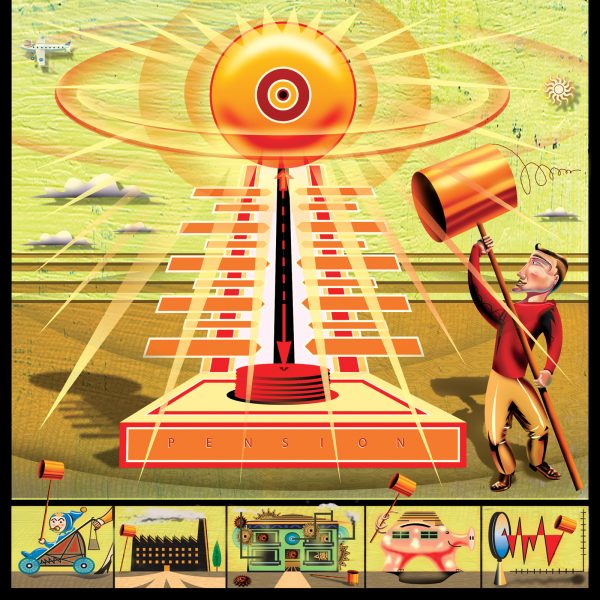