Christopher has been an illustrator since 1983 and has worked on all kinds of projects.  He mostly works with traditional mediums – wood engraving, lino cutting and watercolour – but nowadays often makes use of Adobe Photoshop.  One of the things he enjoys most is writing and illustrating children’s picture books.

The illustration is from a book Christopher wrote called The Big Ugly Monster and The Little Stone Rabbit.  It depicts the monster singing.  And because he’s so ugly and his singing so awful all the rocks and stones for miles around are splitting and shattering.  All except the Little Stone Rabbit…

BRIEF: My initial idea for this story was to open with a picture of a cave and to warn the reader that a monster was just about to come out of the cave – a horrible ugly monster, perhaps the most horrible and ugly monster in the whole world.  They were then advised to be careful when turning the page…  On the next page was a large image of the monster’s horrible and ugly face.  That was all I had for a while, then the story developed from there.  Of course, as it turns out, the monster is only horrible and ugly on the outside; on the inside he’s just lonely.

MATERIALS: For this story I used watercolour, with some outlining in coloured pencils.

RESEARCH: I looked into my imagination and rummaged about in there for a bit.

RESISTANCES: I don’t resist, I tend to go with the flow; I go wherever my imagination takes me. Sometimes that’s too far.

INSIGHT: We all have a bit of a big ugly monster inside us, don’t we?

DISTRACTIONS: Lots.  Isn’t there a law concerning the number of distractions relative to the distance of a deadline?  If there isn’t there ought to be.

NUMBERS: There are 32 pages in a picture book.  I’ve not counted the words. 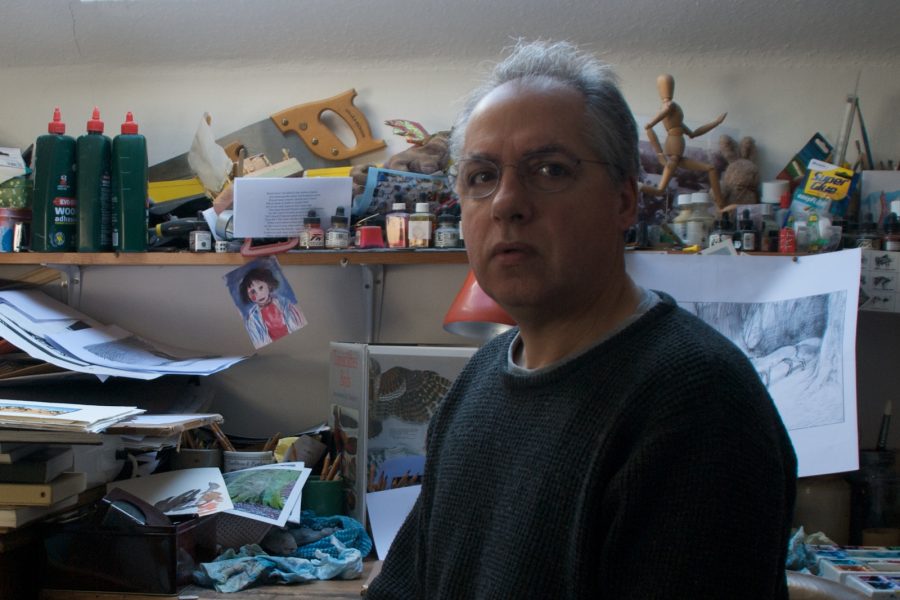 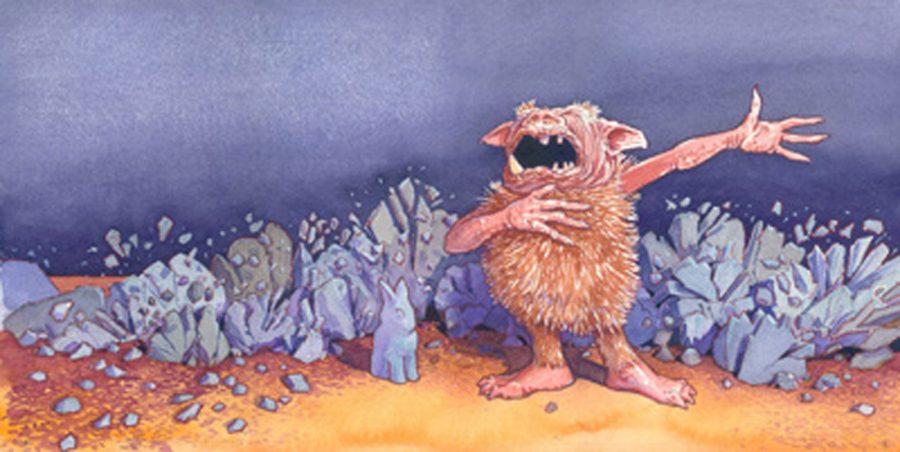