THE WOLF AND SEVEN KIDS

Sharon Tancredi was born and raised in the US, and has spent the past 25 years living and working in the UK. She studied Illustration at Middlesex University in London, and now lives in Brighton on the south coast. She has received numerous Illustration awards, both in the US and in the UK, and has worked for a diverse range of clients from all over the world, including advertising, editorial, publishing, children’s books, design, and greetings card companies.

The Wolf and Seven Kids, was a modern, digital rendition of the Grimm fairytale.  Sharon was about to finish her degree in Illustration at Middlesex University, and had just begun to focus on digital illustration, after having spent the past several years painting and drawing conventionally.

“I felt the story provided lots of opportunities to create some fun and slightly dark imagery, and I wanted to illustrate the entire story in one image, with the various elements of the story winding around each other, constructed in a way where the direction of the narrative was clear and easy to follow.”

“Winning such a prestigious award whilst I was still at University definitely helped to kick start my career in illustration.  I had worked as an art buyer prior to studying illustration, and in that role my first stop for illustration commissions was always the awards annuals.  It was a shortcut to weeding through all the commercial source books, and being able to go straight to the best and most innovative work that was out there at the moment.  I found agency representation and professional commissions as soon as I graduated, and I’m certain that the awards I had already won at that point played a big part in that, ESPECIALLY winning an ‘Images’ Gold.  It is definitely a career peak, and one that I probably wasn’t able to wholly appreciate at that early stage in my career."

BRIEF: To illustrate a classical fairytale in a modern and digital style, illustrating the entire story in one image, with the various elements of the story winding around each other, constructed in a way where the direction of the narrative was clear and easy to follow.  Also integrating text into the image successfully was very important, both in terms of clarity and aesthetics.

RESEARCH: Research involved looking at modern and innovative illustrators who were working primarily in the children’s book market, particularly J. Otto Siebold and Nathan Jurevicius (two big inspirations to me at the time), who had very individual and unique digital styles that inspired me.   I also looked quite a bit at the amazing work of Chris Ware, an American comic book artist and cartoonist, who had an incredibly unique and visually arresting way of creating a narrative in his work, in what was at the time quite unconventional.  Chris Ware definitely blurred the lines for me between comic book/cartoon art and illustration, and this is where my passion for typography began, as he is a typographic master.  The ‘right type’ was more than just a narrative aid – it was a crucial part of the image as a whole.  Now whenever I have commissions that are going to require type I always offer to do it myself free of charge, as poor type design can completely destroy a beautiful image.

PROCESS: There was a lot of sketching and planning involved, making sure that the challenge of presenting a story in one image would work successfully as a narrative.

RESISTANCES: The obvious challenge was making the narrative work within one image, ensuring that the entire narrative unfolded in a clear way, that there were obvious divisions between the different chronological parts of the narrative, whilst also creating an aesthetically pleasant and balanced final image.  It had to work in pieces, but also as one image.

INSIGHT: One of the, if not THE, most important thing you learn as you are studying to be and starting out as an illustrator is how important context, ideas and effective narrative are.  I think a lot of illustration students come from the starting point where they want to create beautifully rendered and aesthetically pleasing images, and are focusing on the visually pleasing and expertly rendered.  The big lesson to learn is it’s ALL about ideas, and visually communicating ideas.  You know how to draw, you can draw well, you can paint well, you know how to use Adobe Creative Suite.  So what.  Those are just tools, and it is taken for granted that you know how to do many of these things when you embark on an illustration degree programme.  I remember so many students used to complain about the fact that no one was teaching them ‘how to draw’.  You’re supposed to KNOW how to draw already.  Illustration is not fine art.  It is visual communication.  You can visually communicate perfectly with stick figures.  You can fail miserably despite being able to draw like Leonardo DaVinci.  I feel this is the single most important thing you need to learn.

DISTRACTIONS: This project was a ‘final image’ that was intended to be the primary project for my final year at university, so I would have had many other projects and briefs to fulfill in this extremely challenging final year of study, not to mention my dissertation.  And of course still being a student, one of the biggest challenges was to create something quite unique without allowing myself to be too influenced by other illustrators that I was inspired by at the time.  It can be easy as a student to fall into the trap of emulating too strongly the illustrators that you are inspired by, rather than finding the confidence to create your own individual style, and looking to other less obvious inspirations rather than focusing too strongly on other successful illustrators who have already gone through that painstaking process themselves.

NUMBERS: 48 goats, that all needed to have their own reactions to what was going on around them, whilst maintaining consistency in their characters throughout all the frames of the image.  Not to mention 9 wolves as well!  19 different frames that had to all come together and work as one final image, whilst maintaining a clear narrative from start to finish.

FINAL THOUGHTS: I created that image over 10 years ago, and whilst professional illustrators often look back at work they produced years ago and see all the imperfections of something they created so early in their development, I am still able to look at it and feel quite proud of it as a piece of work.  I would love to try and create a similar ‘story within a single image’ brief again some time. 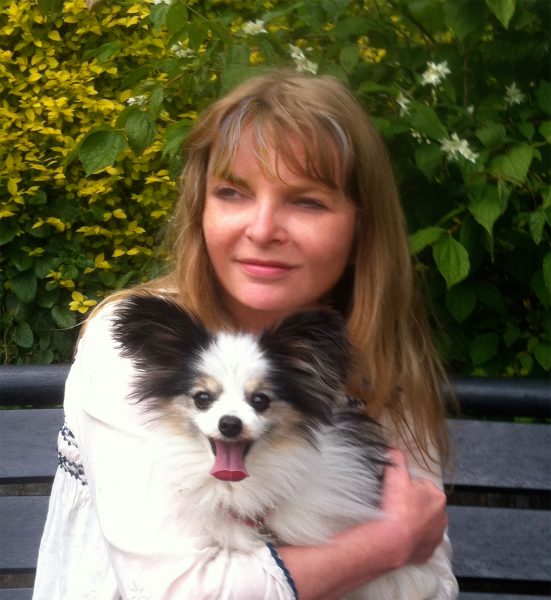 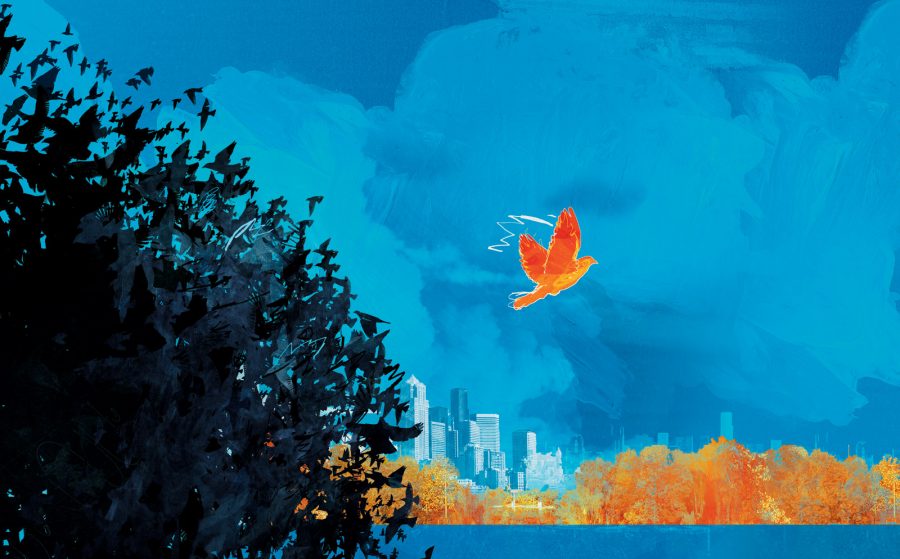