A DEATH IN THE FAMILY

Since graduating from The Royal College of Art in 1981, Nick has worked as a professional illustrator. Known mainly for his detailed pen and ink drawings he also produces works in watercolour. He has an impressive client list and included among his many noteworthy commissions are illustrated wall panels for Wapping Underground Station and commissioned artwork which was presented to the Queen.

A Death In The Family was one of the dozens of short stories illustrated for a four-volume commission called Great Stories of Crime and Detection. It depicts the story’s main incident, which was set in Buenos Aires in the sixties. Nick wanted it to be from an unusual angle, implying a sense of mystery.

“Winning the award helped to raise my profile within book illustration and in illustration in general, and subsequently I was asked to undertake further work for the publisher.”

BRIEF: To illustrate a four volume series of books called Great Stories of Crime and Detection published by The Folio Society. The illustration was from the short story A Death In The Family.

MATERIALS: Pen and Ink on board.

PROCESS: An extremely thorough reading of the story to find a suitable scene that would lend itself to being illustrated and to get a feel for the time period, fashions etc. Numerous pencil sketches undertaken until I focussed on one that worked the best. This included drawing objects at unusual angles to help to add to the drama of the scene. The final artwork is drawn precisely by hand in black ink. The original artwork was then sent off to the publisher.

RESISTANCES: To come up with a dramatic image that tells a story but not in too obvious a manner. Time always passes much too quickly and I wonder where the day has gone.

INSIGHT: Taking the time to get a good, workable composition is key for me. The ability to have good research skills is needed, as is the ability to pay attention to even the smallest of details.

DISTRACTIONS: My cat. She is a real diva and constantly demands attention when I’m working and she doesn’t understand boundaries!

NUMBERS: I have no idea how much crosshatching was used. If I knew, it would no doubt seriously concern me. Likewise the number of days it took me to finish the illustration.

FINAL THOUGHTS: It was great to get the recognition for the time and effort I put into my work. 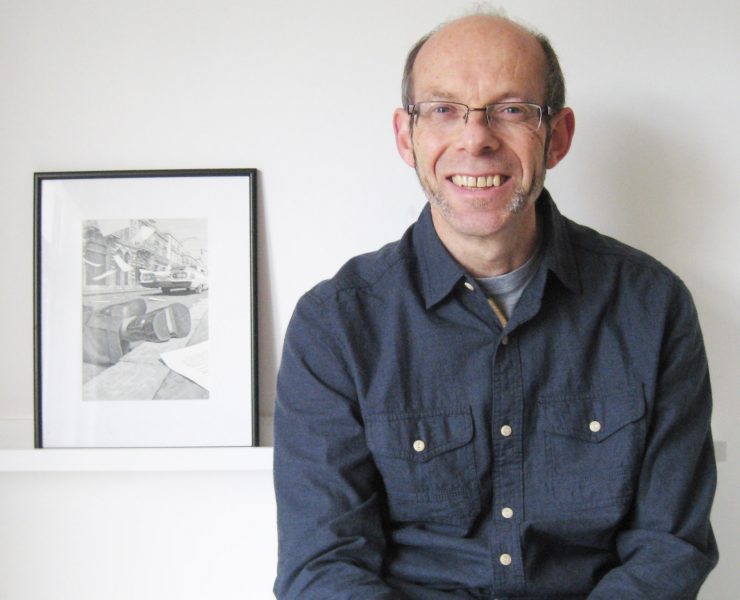 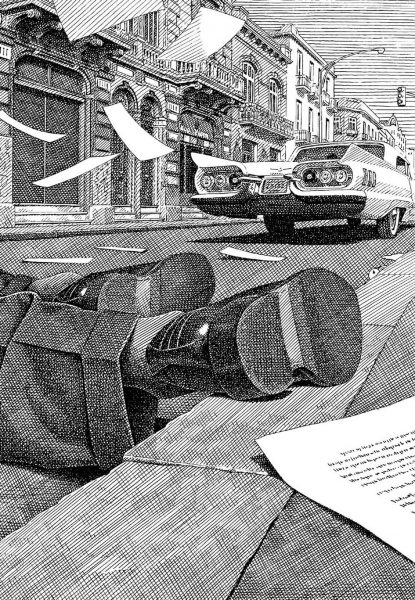