Cyrus has worked as an illustrator since 1991. His clients have included Vodafone, The Financial Times, The Economist, Barclays Bank, British Gas and Chase Manhattan Bank. After graduating from Leicester Polytechnic he worked in 3D, producing cut out compositions.

After he scaled down to coloured pencils before finally working digitally to create bold, graphic vector art. In 2009, after exhausting his vector art, Cyrus embarked on developing a refreshing new digital style working under the nom de plume of Freddy Boo.

The image was for a supplement cover for a feature on Direct Marketing. Freddy Boo wanted to show a human element with regard to aspects of postage, mail.

While searching through a sketchbook he spotted some postage franking pasted on a page. This led to the idea of the franking symbols doubling up for the eyes on the face. The image is simple with minimal colour focusing the viewer’s attention on the eyes/franking mark. The final illustration was produced digitally using Adobe Illustrator.

The image top right displays Freddy Boo’s winning image from Images 26. The images below highlights how his style has changed since winning the award. 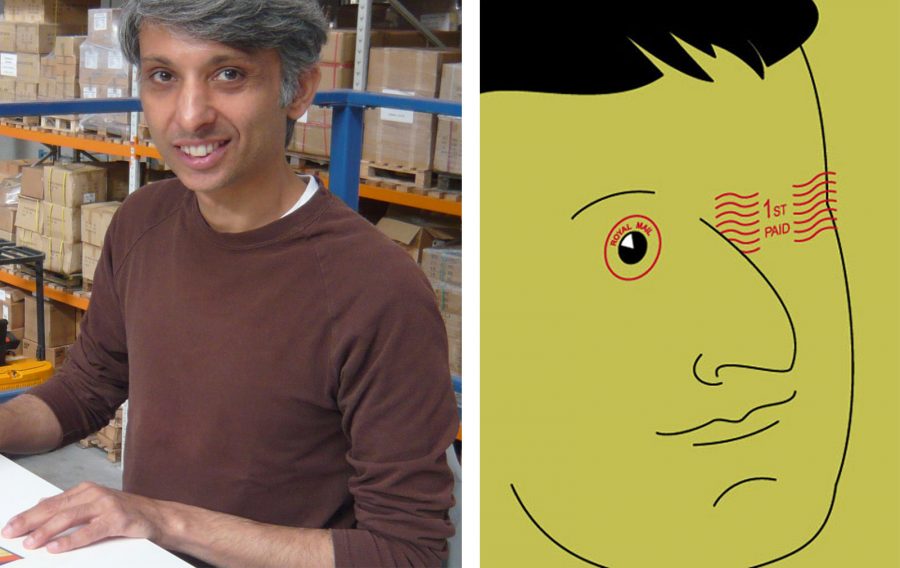 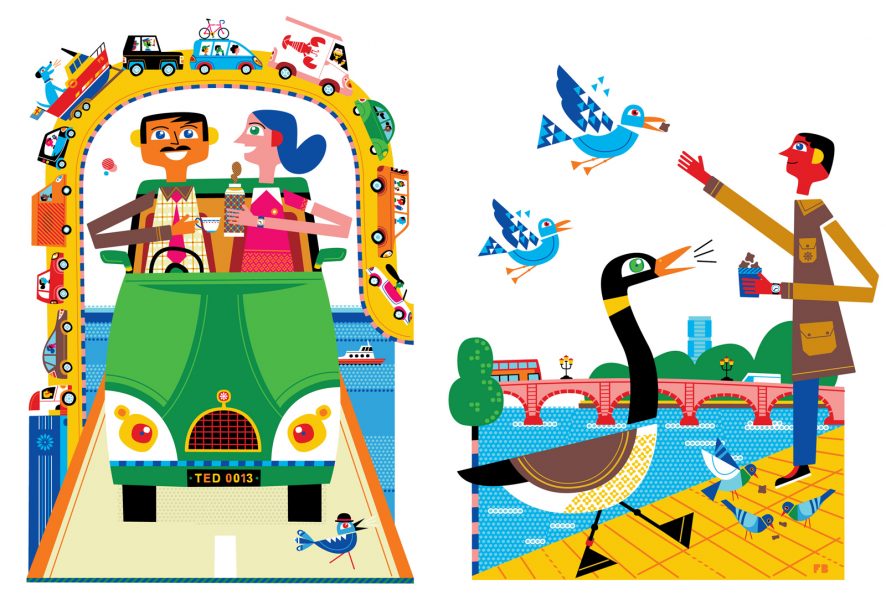