Illustration has been used for centuries in the criminal justice system as an important tool – for recording visual details of a crime, for problem-solving in difficult cases, and for conveying information to the public. In the No Narrative issue of Varoom, Katie McCurrach tracks the role of image-making in criminal identification from sketching to EvoFIT.

Image-makers are still vital today in these areas, and one sector of illustration that overlaps all of these uses is in creating facial composites – portraits of alleged criminals constructed from the memories of eyewitnesses to crimes.

Sketches are rarely used in the UK today – not primarily because of their low success rates, but because making sketches required expert artists, and methods were needed that would enable police officers to create images themselves. ‘Face-production’ systems were designed that allowed faces to be assembled by witnesses using printed cardboard or transparencies, with details added by hand in pencil. The first of these systems in the UK was Photofit, which was launched in 1970 and used by the British Police Force for the next twenty years.

Photofit, or ‘the Penry Facial Identification Technique’, was designed by Jacques Penry, who described himself as a ‘facial topographer’. In 1938, Penry released a board game called Physogs, where players had to collect cards with photographs of facial features to assemble a complete face. Remarkably, it is from Physogs that Photofit was developed. 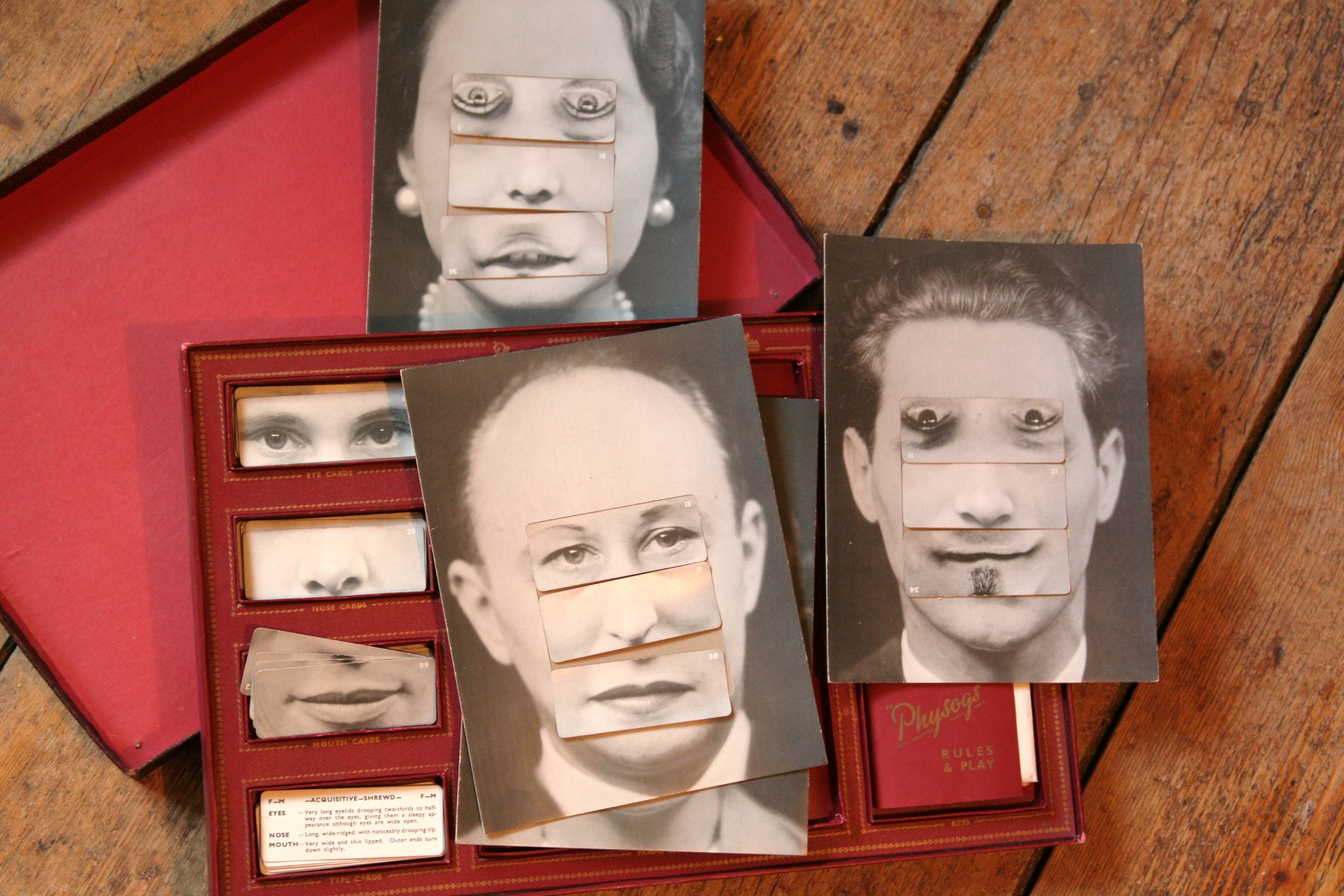