‘No Lifestyle. No Pose. No Galleries. No Collaboration. No Commissions. No Art Direction. No Illustration. No Creative. No Social Network. No Fashion.’

It would hard to imagine more restrictive prohibitions on an illustrator than these Ten Commandments. Yet they are the credo strictly observed by Herman Inclusus, the anachronistic pseudonym of the Staffordshire-based artist formerly known as Stuart Kolakovic, interviewed in Varoom 40 by Paul Gravett.

This year, his completion of the delayed graphic novel Lichen from Blank Slate marks the swan song of Stuart Kolakovic. Henceforth, he is Herman Inclusus, exclusively pursuing his own twisted path, unfettered and unrepentant. 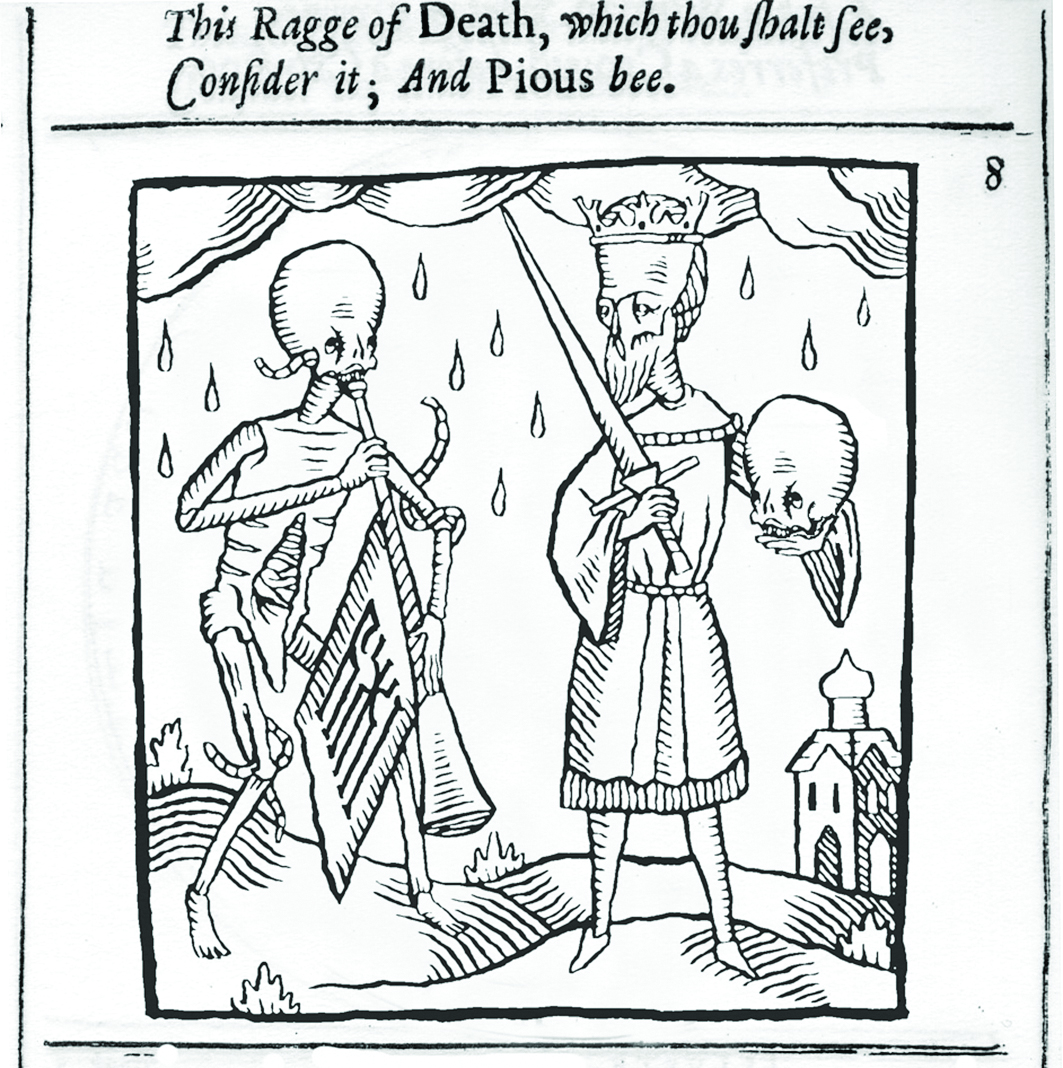 In this extract from the Fantasy issue if Varoom, Paul asked:

Where does the pseudonym Herman Inclusus derive from?

Herman Inclusus was the name of a 13th-century Czech monk credited with the creation of the world’s largest known medieval manuscript, the “Codex Gigas” – so massive, it takes three or four people just to pick up. There is a legend that it was created via a pact between the monk, walled up alive and starved to death as an act of penitence, and the Devil. Many scholars think the monk created the manuscript in solitary confinement as indicated by the name, which translates to “Herman the Recluse.” I felt the name ‘Recluse’ was appropriate, as I prefer festering away alone whilst working. 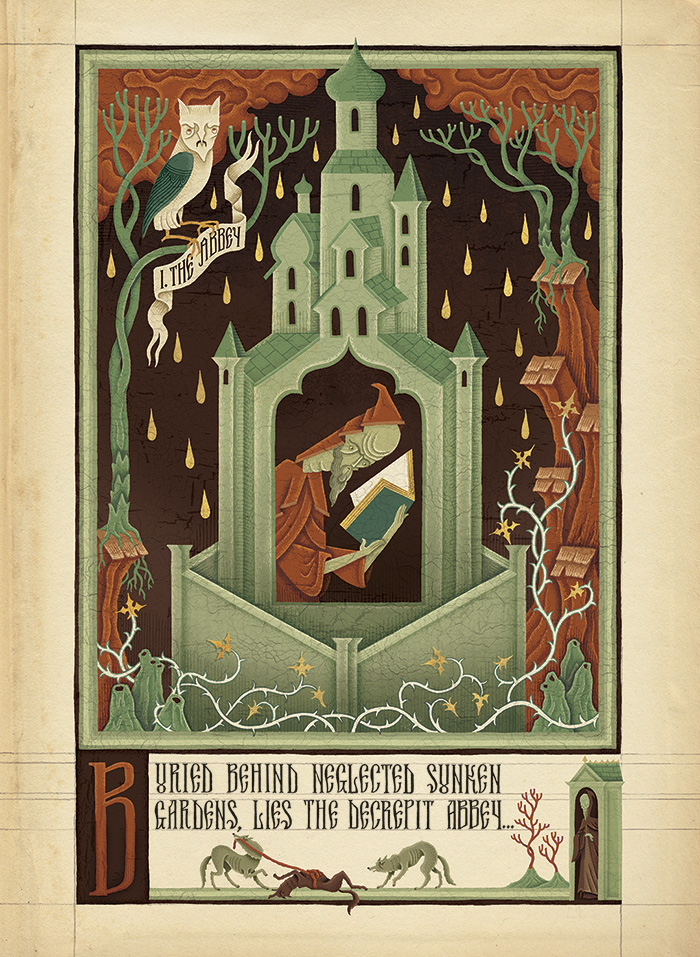 What compels you about medieval illumination and manuscripts?

They have a certain overpowering stench of fear and judgement that borders on high fantasy art; to everybody except to the illuminator, their images were real life, not fantasy. I find the whole aesthetic of Byzantine art and medieval manuscripts morbid, depressing and incredibly inspiring. I am clearly borrowing many of the aesthetics used in traditional Christian manuscripts and icons or Islamic miniatures, not because of their religious implications, but because I find them so beautifully macabre and funereal. There’s also a direct narrative implicit in the work itself; some poor anonymous monastic illuminator/scribe had to slave away in the grimmest conditions to produce these works that have been revered for hundreds of years. 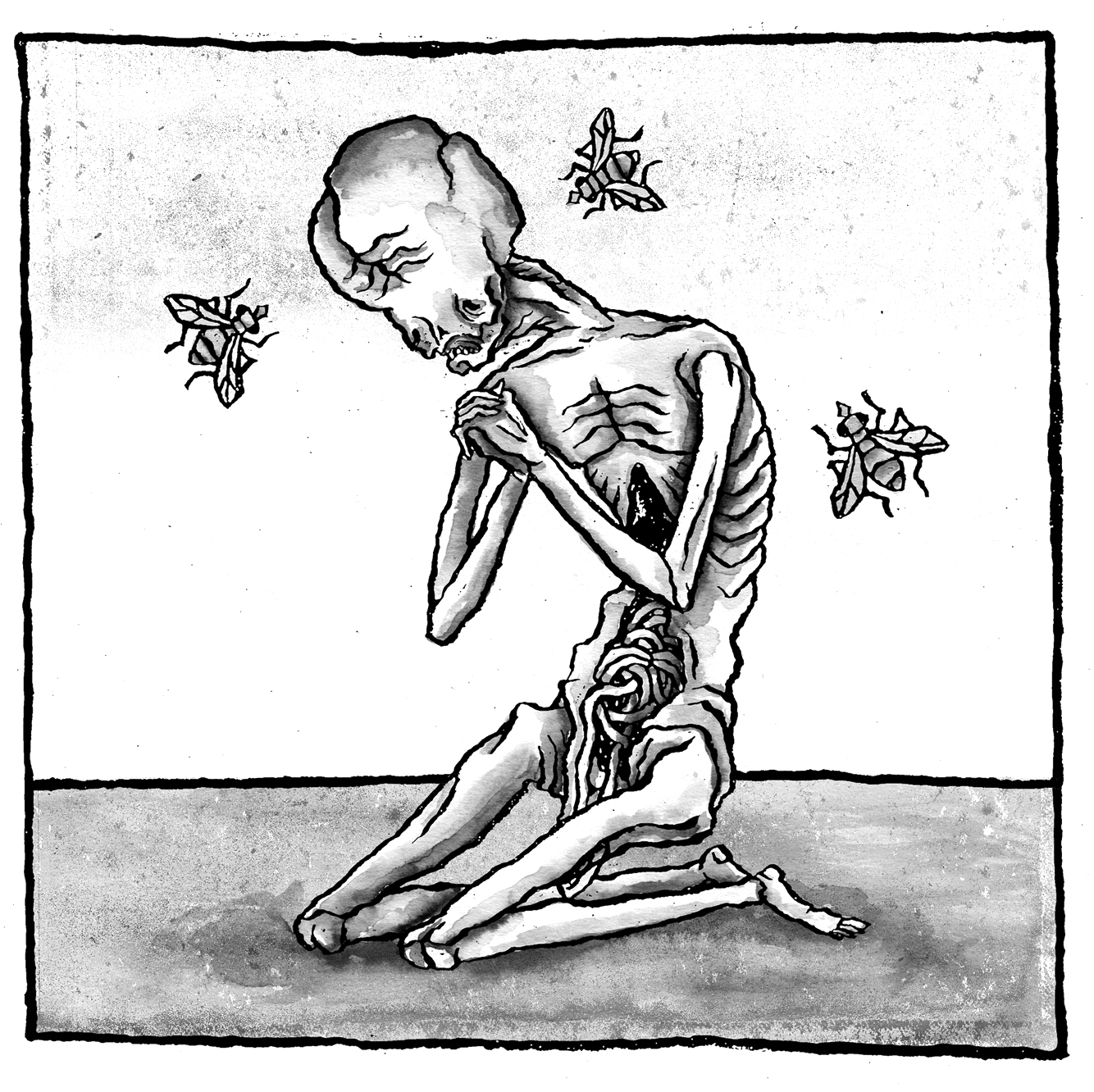 In the field of fantasy art, who stands out for you?

I’m a firm disciple of ‘old school’ aesthetics. I’m not fond of the way digital tools have taken precedence over traditional media in commercial fantasy art and I tend to return to the artists who originally set my brain on fire as a kid, like the artists for old Games Workshop productions – John Blanche, Ian Miller, Les Edwards and Tony Hough. If I had access to a time machine, working for the late 1980s Games Workshop would be my ideal. Of current artists, Jason Karns of Fukitor comics springs to mind. He draws the most decisive comics with no censorship filter. I love the immediacy and atmosphere of the work of Manifester (Matt Brinkman). The depraved mind of Andrew Walter never fails to make me nauseous. And I really dig the character design and linear battlefields of Aeron Alfrey. 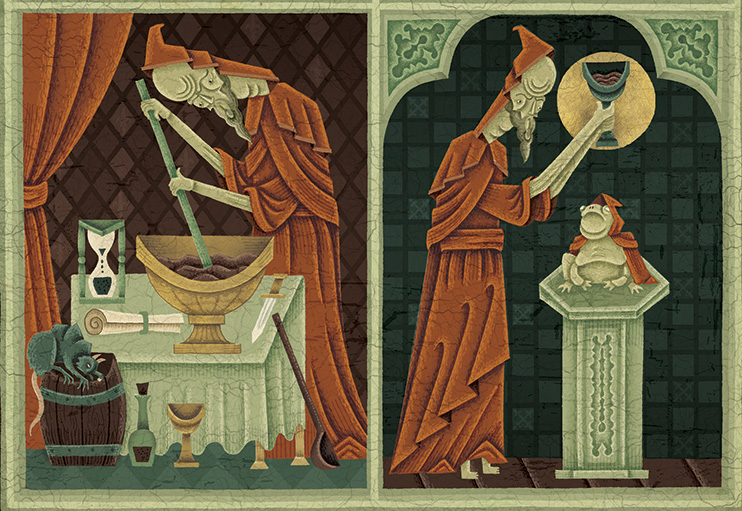 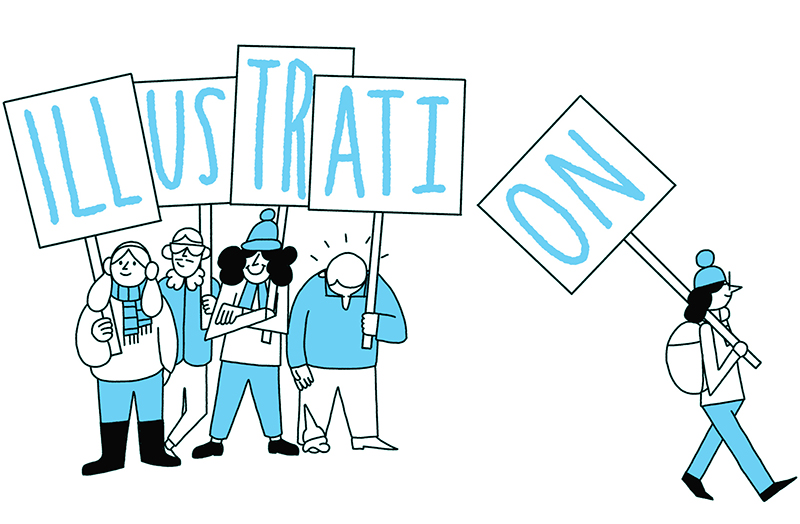