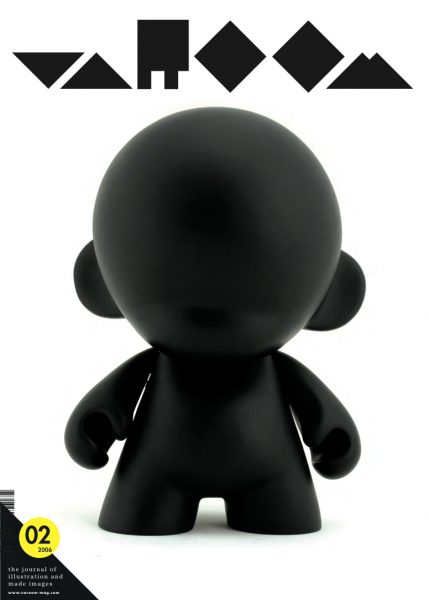 IDEAS HAVE LEGS AN INTERVIEW WITH IAN MCMILLAN  AND ANDY MARTIN  INTERVIEW BY ADRIAN SHAUGHNESSY  Ideas Have Legs is a new book by illustrator Andy Martin and writer Ian McMillan. The duo has produced a whip-smart volume of genre-defying text and image that thumbs its nose at cosy notions of how writers and illustrators are expected to collaborate. 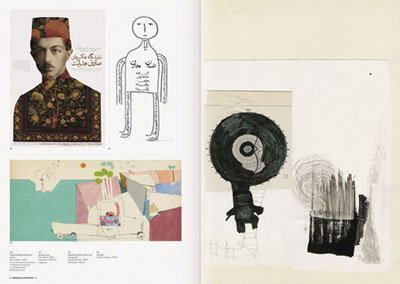 THE CULTURE WITHIN:  PERSIAN ILLUSTRATION TOWARDS THE MODERN AGE  BY NIMA FALATOORI  A heartfelt survey of current Iranian illustration set within the context of that troubled and controversial country’s rich artistic heritage, and the author’s own personal odyssey of discovery, as he tries to find a shared creative link with the new generation of Iranian image-makers.

JAN ROBERT LEEGTE  A REAL PERSPECTIVE ON VIRTUAL REALITY  BY SILVIA BAUMGART Leegte uses computer code to create his art. His work mixes the drab aesthetics of on-screen interfaces with a warped functionality that makes him an image-maker for the 21st century. 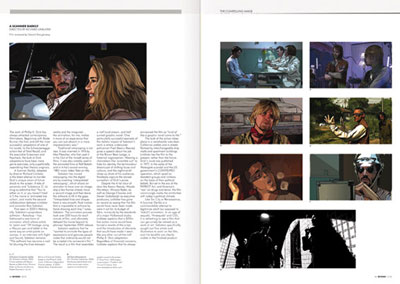 THE COMPELLING IMAGE  CHOSEN BY VAUGHAN OLIVER  Leading illustrators, designers, artists and commentators are invited to select a compelling image, and explain why it has moved them or given them creative stimulus. The graphic designer Vaughan Oliver makes an idiosyncratic and deeply personal choice.

HYPE, BUZZ & THE TRUTH  A VISUAL ESSAY BY GRANDPEOPLE  The Norwegian trio offer a dream-like critique of contemporary marketing. Everywhere we are assaulted by the seductive sounds of hype and buzz, but all we want is the truth.

THE NEW GEPPETTOS:  ILLUSTRATORS AS TOY MAKERS  BY STEVEN HELLER  Steven Heller casts an informed eye over the recent phenomenon of toys made by illustrators. Under Heller’s scrutiny, the trend is revealed to be not as new as it might appear. The Dadaists – as is so often the case – got there first. 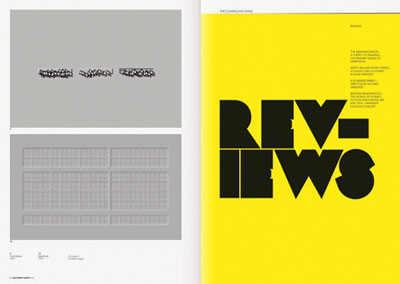 THE DRAWING BOOK  A Survey of Drawing: The Primary Means of Expression Edited by Tania Kovats  Book reviewed by Ian Massey

WHO I AM AND WHAT I WANT  by David Shrigley and Chris Shepherd ©onedotzero, DVD 2006, DVD reviewed by Paul Davis

BEYOND IMAGINATION – THE WORLD OF SCIENCE FICTION AND ART  Conference University College London, May 2006,  Event reviewed by Derek Brazell