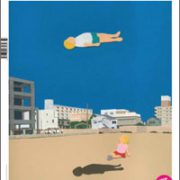 Hermenauts seek to interpret, and this is the theme of Varoom 27: how illustration is able to interpret text narratives, gender in images, the commissions received from clients, software glitches, Japanese comics and more.

Chris Campe examines how gender stereotypes are played out between client and illustrator for two German commissions, and Minna Alanko visualizes the disappearance of The Redheaded Man, a story of the impossible by Daniil Kharms. How the new publication, Fifty Years of Illustration, and itstreasure-trove of images was put together is revealed by author Lawrence Zeegen, and Japanese illustrator Seiichi Hayashi tells Zoë Taylor that he’s “interested in the limits of each medium” as he discusses the style, process and exploration within his comics. This issue also features great artwork displayed in a round up of 2014 Awards images – from the AOI Illustration Awards to the British Animation Awards.

The Hermenauts: Fifty Years of Illustration by Lawrence Zeegan

A new history of illustration is a cause for excitement, celebration and for questions that explore how a history is constructed. Lawrence Zeegan reveals to John O’Reilly some of the thinking behind this work, and looks at the relationship between image-making, interpretation, culture and technology.

In this extract from her extended paper for the recent VaroomLab illustration research symposium, designer and illustrator Chris Campe unpacks the nuances of how the appearance and actions of men and women in images are negotiated by illustrator and client. She contemplates the idea that “a mere reversal of the characters’ gender in an image does not avoid outdated gender roles altogether”.

The illustration agent is part go-between, part mediator, part diplomat: conveying messages, intervening where necessary, interpreting the nuances and signals between client and creative. In this issue The Bright Agency and Outline Artists examine the subtle play of interpretation that happens between brief and a successful creative execution.

Re-Thinking the Mystery of Glitch

In The Glitch Moment(um), cultural theorist Rosa Menkman writes that “Experiencing a glitch is often like perceiving a stunningly beautiful, brightly colored complex landscape of unexplainable, unfathomable and otherworldly images and data structures. A glitch represents a loss of control.” Over the last decade ‘Glitch’ culture has emerged in art and music as creatives explore the possibilities of interpreting and harnessing error in digital tools. By analysing his own creative experimentation, Thomas Barwick demystifies the ‘magic’ of software to help us rethink materials and forge a creative discipline of error.

Finnish illustrator Minna Alanko explores how illustrators add a narrative dimension to text through picture-making in this extract from her paper on the theme of Interpretation. Taking as her focus the 1937 story, The Redheaded Man by Soviet absurdist Daniil Kharms, this extract centres on her take on the notion of the Absurd in the story, and its relationship to the eventful life of Daniil Kharms.

The experimental comic books of Seiichi Hayashi are being discovered by a new generation in the West. He explains how his approach transformed a tradition of image-making in an interview with Zoë Taylor

In this issue Varoom present the full AOI Illustration Awards Shortlist, as well as articles showcasing the winning projects alongside insights from their creators. As Laurindo Feliciano describes “In the creative process, when an illustrator finds the key elements of this relation between the text and the image, something magic begins.” Highlights of the V&A Illustration Awards, the Design Museum Award and the British Animation Award are also featured.

Each issue, Marian Bantjes delivers a uniquely crafted double-page image, and for the 27th issue she has created an intriguing head-scratcher of red letters and holographic stickers. Paul Davis’ regular column expounds on modern life’s endless circus of perpetual interpretation, the Interpre-petual -from the art of the Resurrection to Duvet ads. 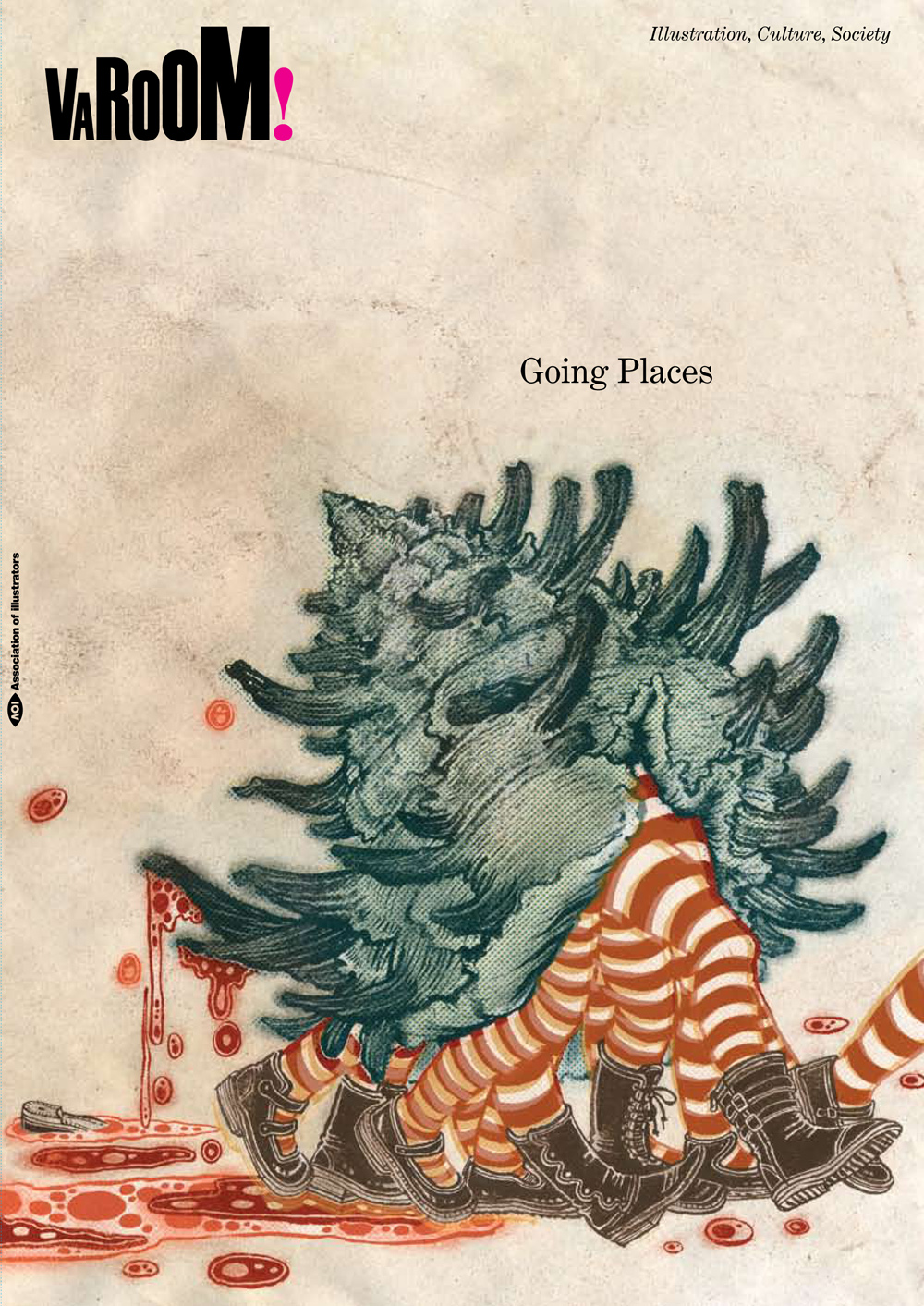 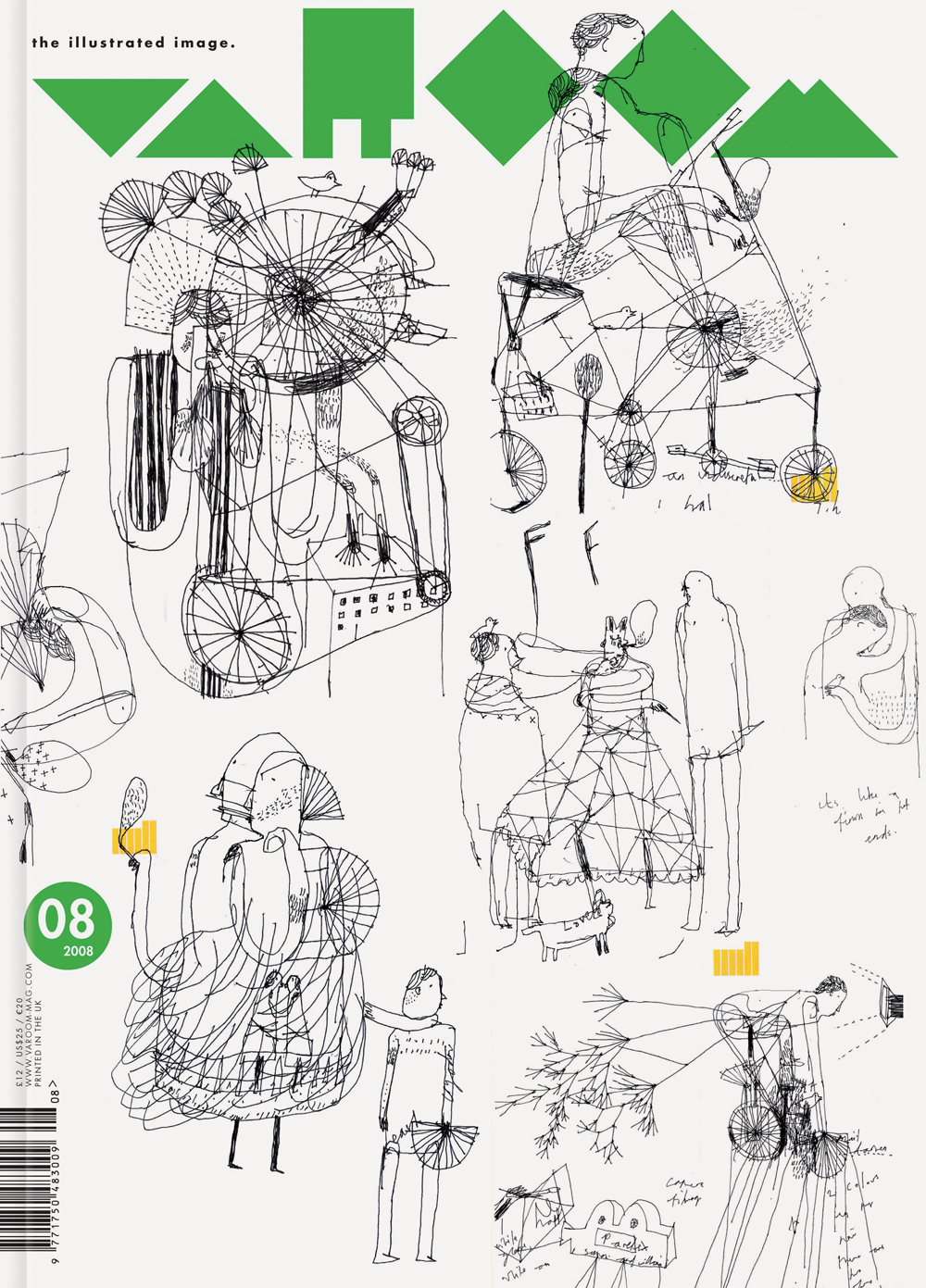 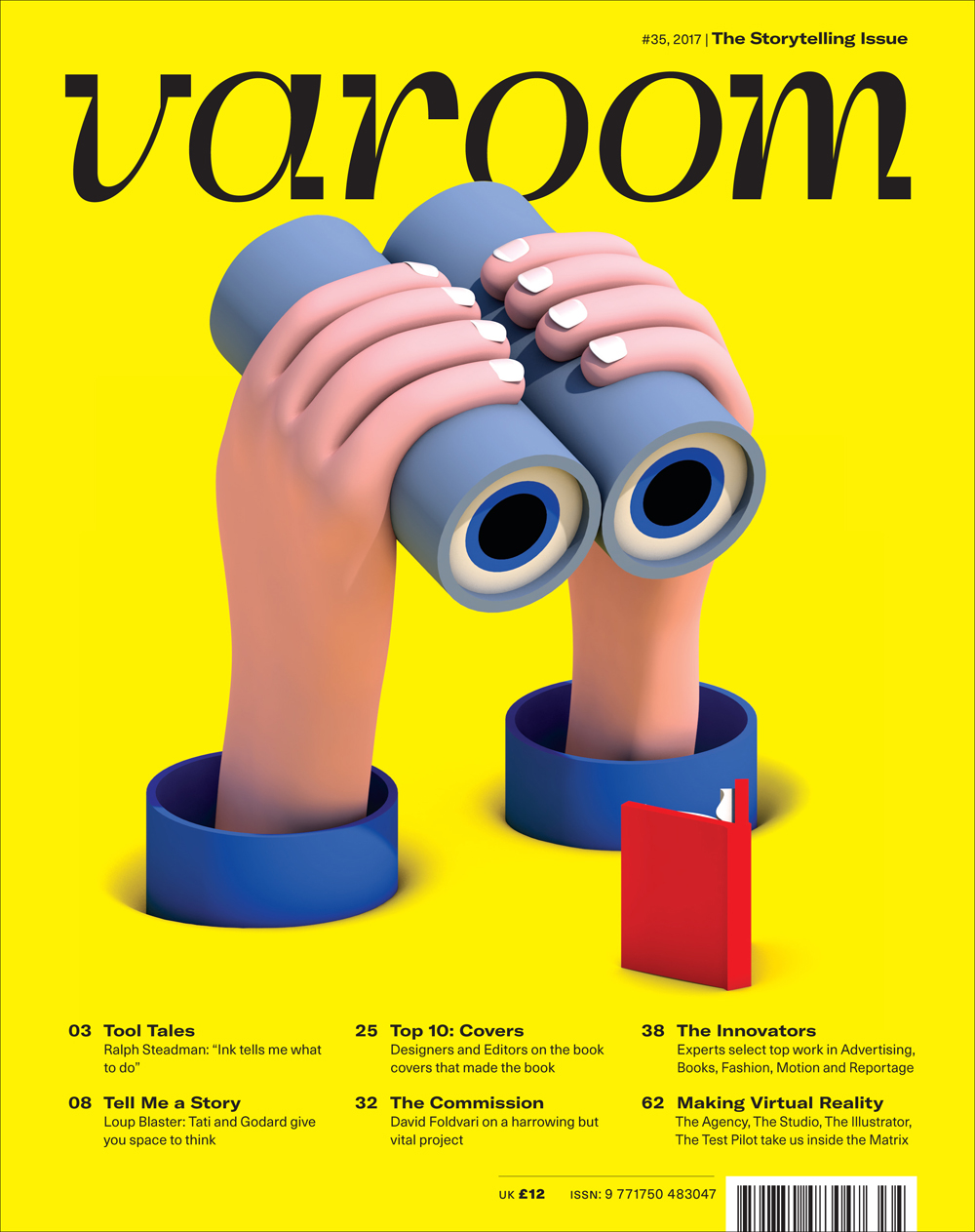 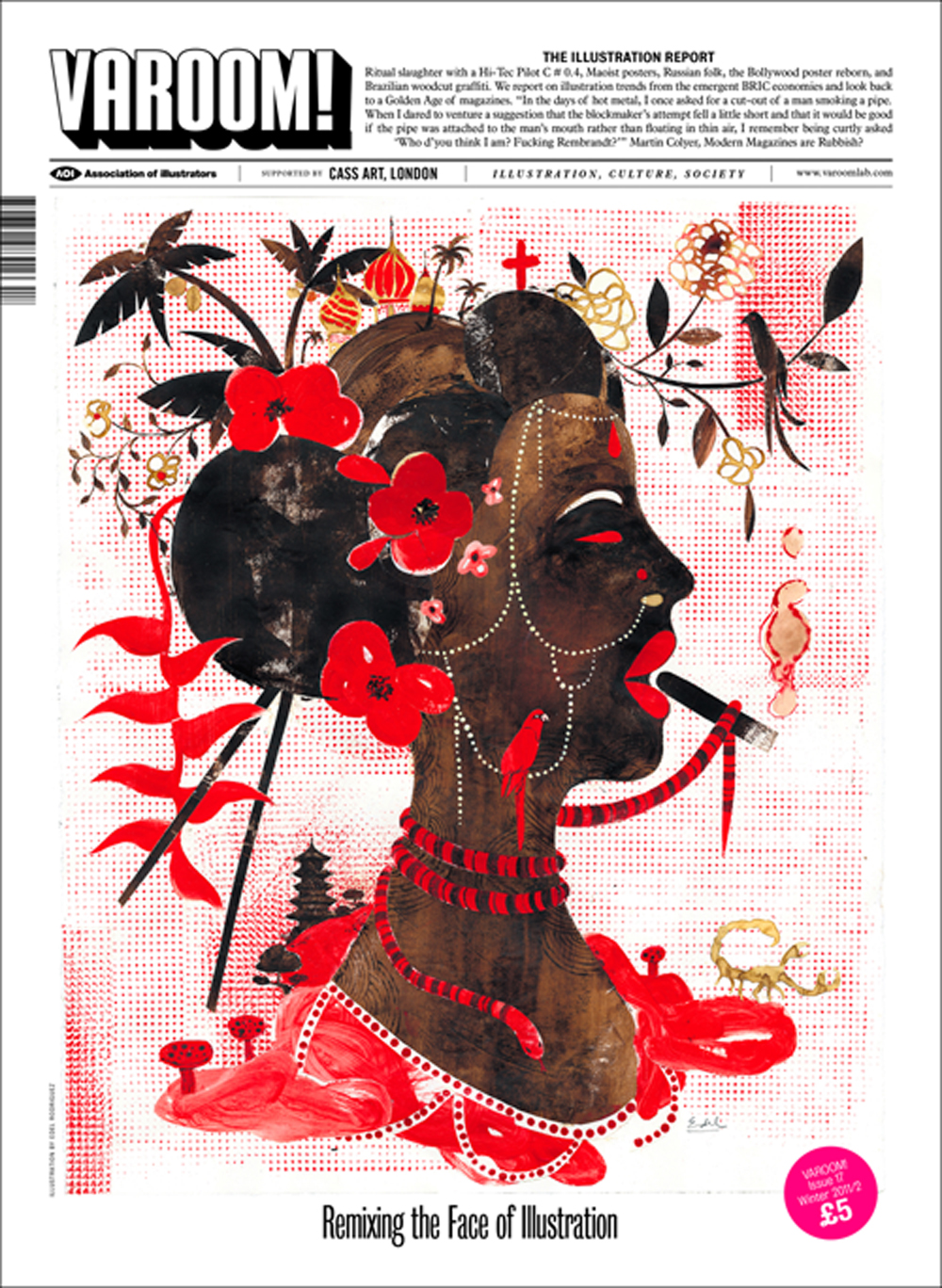