The Serco Prize for Illustration 2011 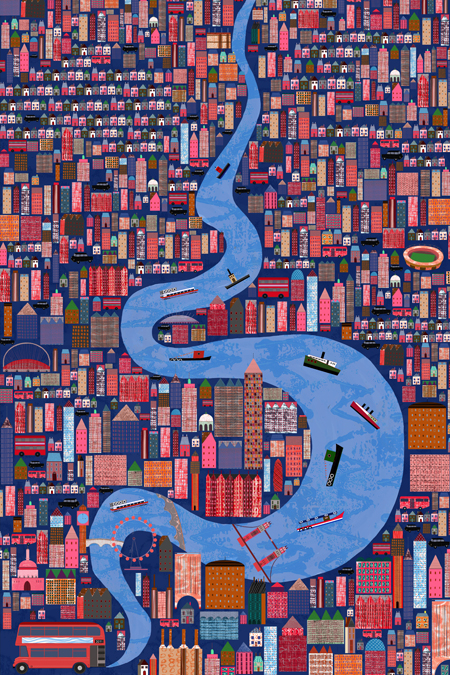 The winner of The Serco Prize for Illustration 2011 award was announced at London Transport Museum on Monday 9 May 2011. Anne Wilson, who has illustrated a number of children’s books and is from Ascension Island, was presented with a cheque for £2,000 by Serco’s Managing Director of Transport, Jeroen Weimar, for Winding through the City (displayed above).

Anne was one of over 400 artists who responded to the competition brief to submit images that feature the River Thames as an exciting and varied place for Londoners and visitors alike. Winding through the city shows the River Thames flowing through a mass of straight lines and structure, providing a graphic contrast to its manmade surroundings – splitting the city through its middle and yet holding it firmly together. The illustration was reproduced as a poster and appeared on Transport for London services.

Melvyn Evans, from Sevenoaks in Kent, won the silver prize of £1,000 for Thames People and Tides, which shows bustling activity on and along the River Thames. Melvyn has worked on many projects for publishers and advertisers, and most recently on a commission from Channel 4. 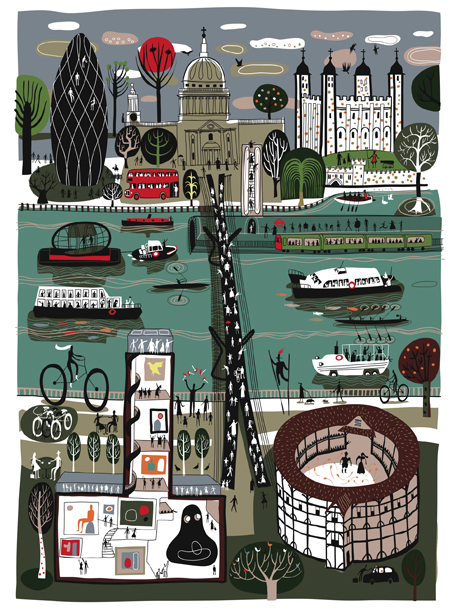 Liz Rowland won the bronze prize of £750 for London Banquet, which portrays the River Thames as the centre piece of London. 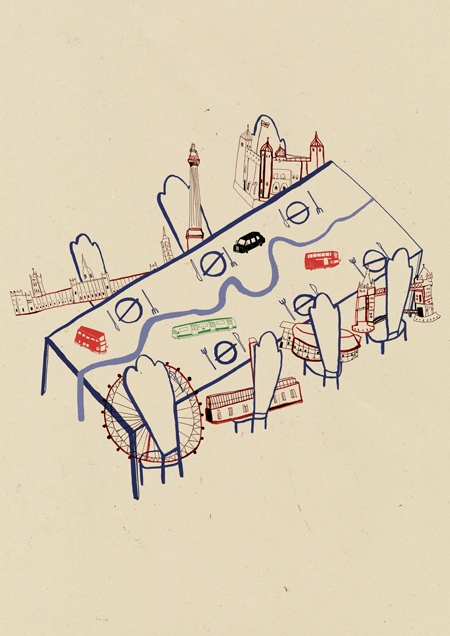