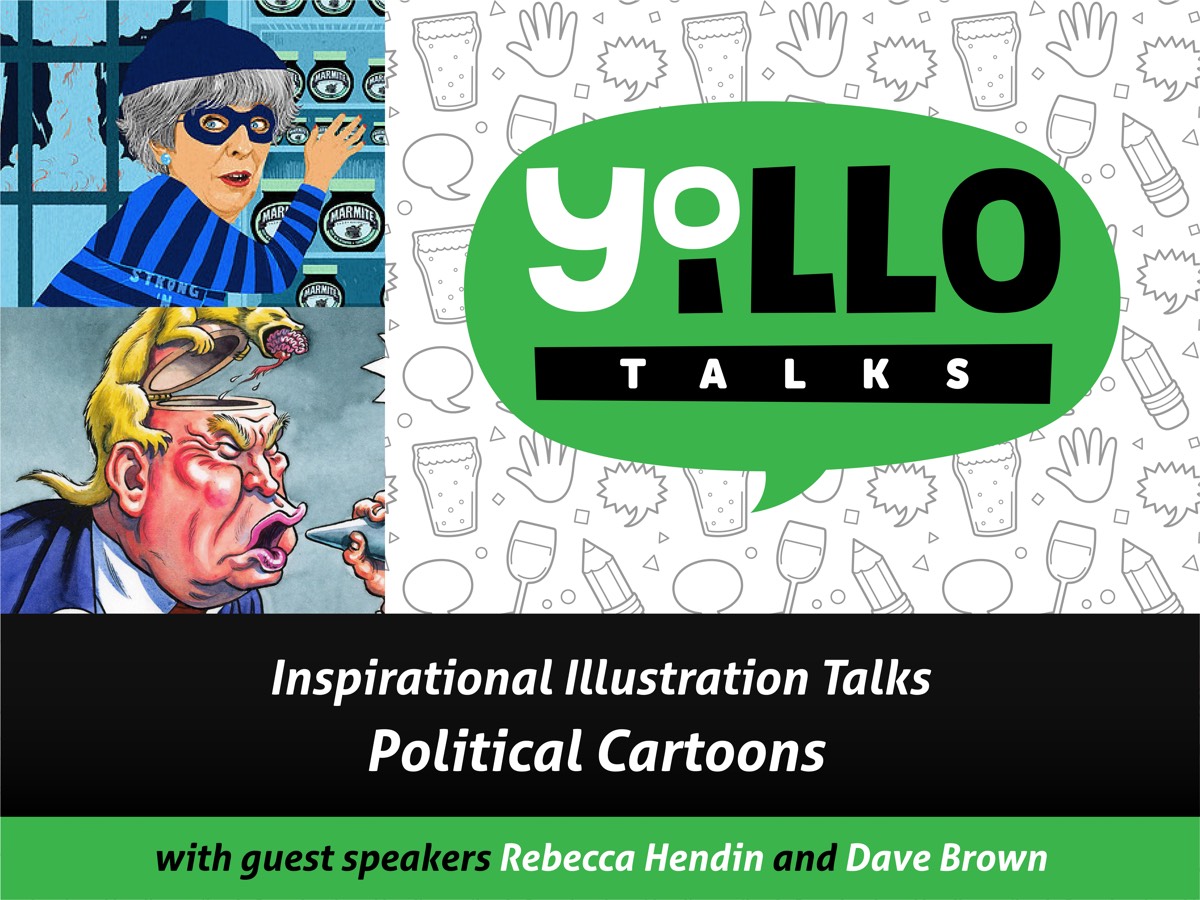 Yo Illo are proud to announce details of latest event in their ongoing series of inspiring talks: Political Cartoons. The evening invites two speakers, who have different experiences of cartoons in current affairs and can give an insight into the inner workings of the journalism industry.

Rebecca Hendin is a multi-award winning illustrator and cartoonist. She currently works in-house at BuzzFeed UK, and is best known for her work in current affairs and politics. Rebecca’s contemporary style embraces animation and her short animated gifs create a new style of modern political memes.

Dave Brown is a visual journalist and political cartoonist for the Independent newspaper. A graduate in Fine Art and a professional cartoonist since 1989, after working for a number of British newspapers and magazines he took up a regular post on The Independent in 1996.

This is a free event and a ticket includes some free beers (soft drinks also available). Tickets will be released on 30th October, and are expected to sell-out very quickly. Anyone who is unable to get a ticket is welcome to join afterwards for illustration community drinks.