Events / Paddington: The Story of a Bear 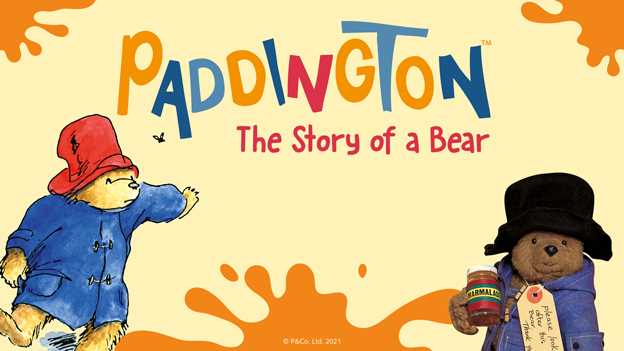 Paddington: The Story of a Bear

His heart-warming exploits and kind and caring nature have made Paddington one of the world’s most loved bears since his first appearance on the pages of A Bear Called Paddington. More than 60 years on his stories still delight people of all ages around the world.

Fans, both big and small, can join Paddington as he sets off on a new adventure here at the British Library.

Whether tidying the attic, going to the laundrette or enjoying a birthday party, Paddington is forever making a mess. Follow his trail of marmalade splats to explore his tales of muddles and mishaps from his arrival in London, to home life with the Browns – but be careful to avoid Paddington’s toppling pots of paint!

For the older fans in the family, there’ll be a chance along the way to rediscover the many faces of Paddington that you’ve come to know and love, from original illustrations featured in the very first books to clips from the recent hit films and animated series.

And you can go right back to where it all began. Uncover the real-life inspiration behind the bear – through author Michael Bond’s own notes, his trusty typewriter and photographs that offer a glimpse into his remarkable life.

With a summer of family activities and events still to be announced there will be plenty to keep little sticky paws busy.

So don your hat and duffle coat, grab your travel case and join us for a marmalade sandwich-fuelled trip down memory lane.

An average visit to Paddington: The Story of a Bear lasts 45 minutes.

Paddington: The Story of a Bear is supported by the Unwin Charitable Trust

All tickets must be pre-booked at the moment. Please remember to keep a safe distance from other visitors, and you must wear a face covering at all times.